The culmination of work at the Fincantieri/Vard shipyard… 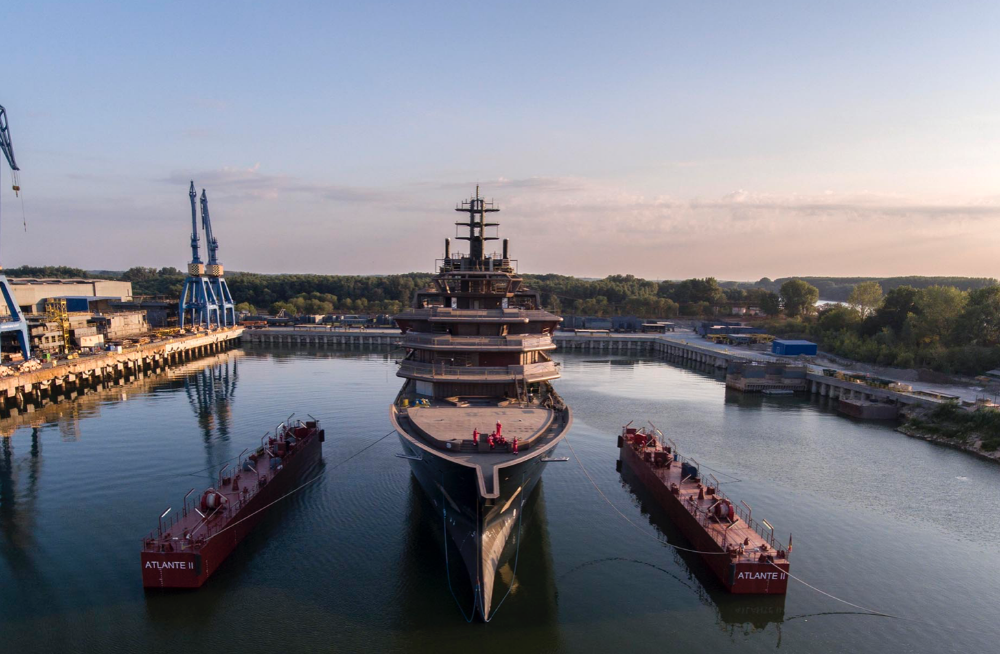 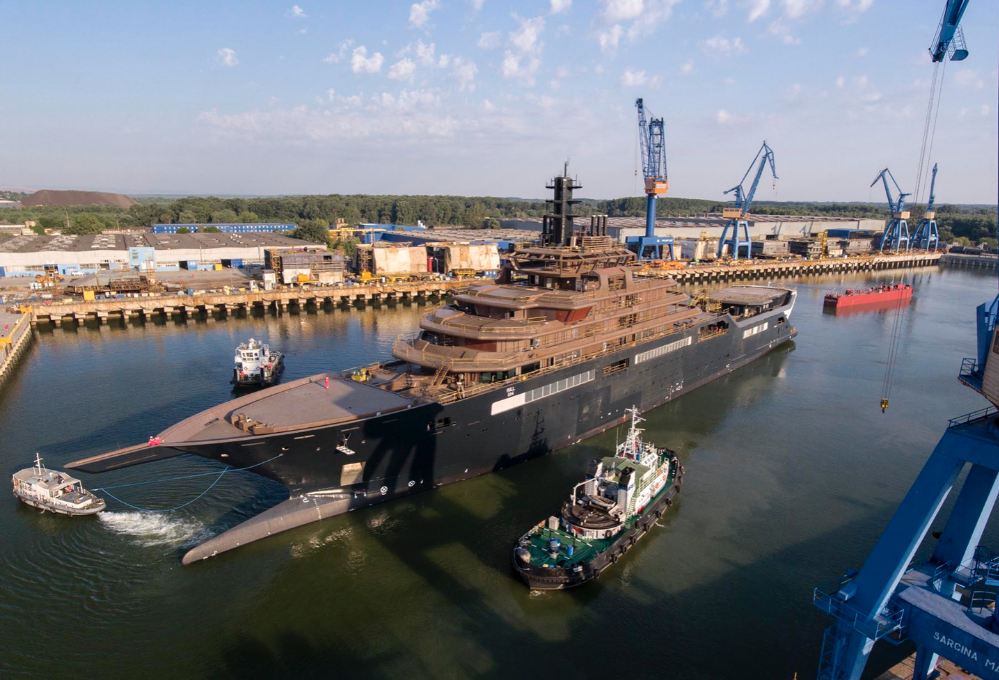 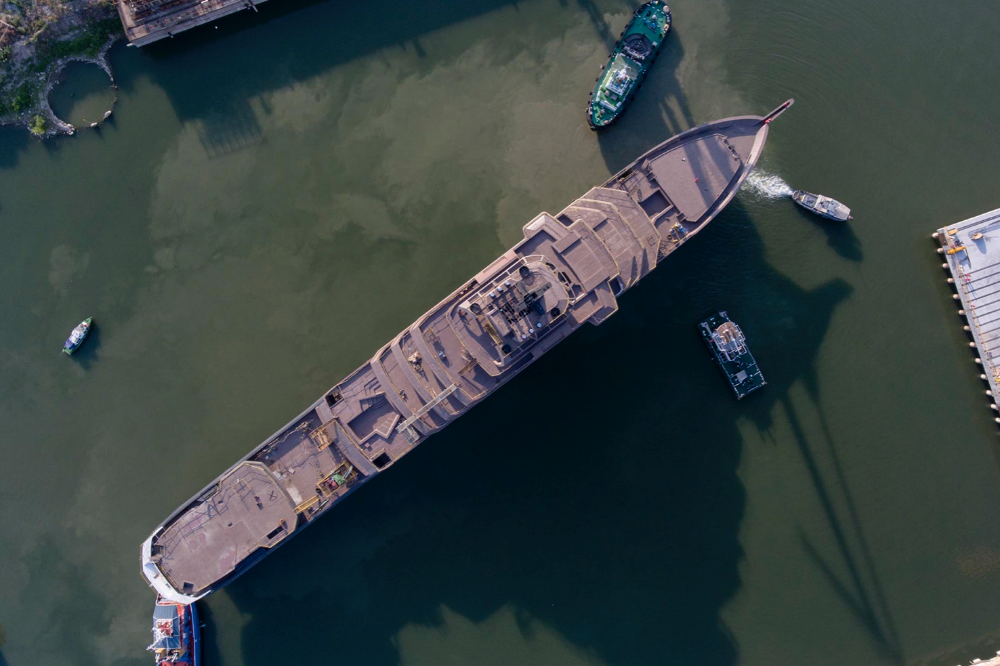 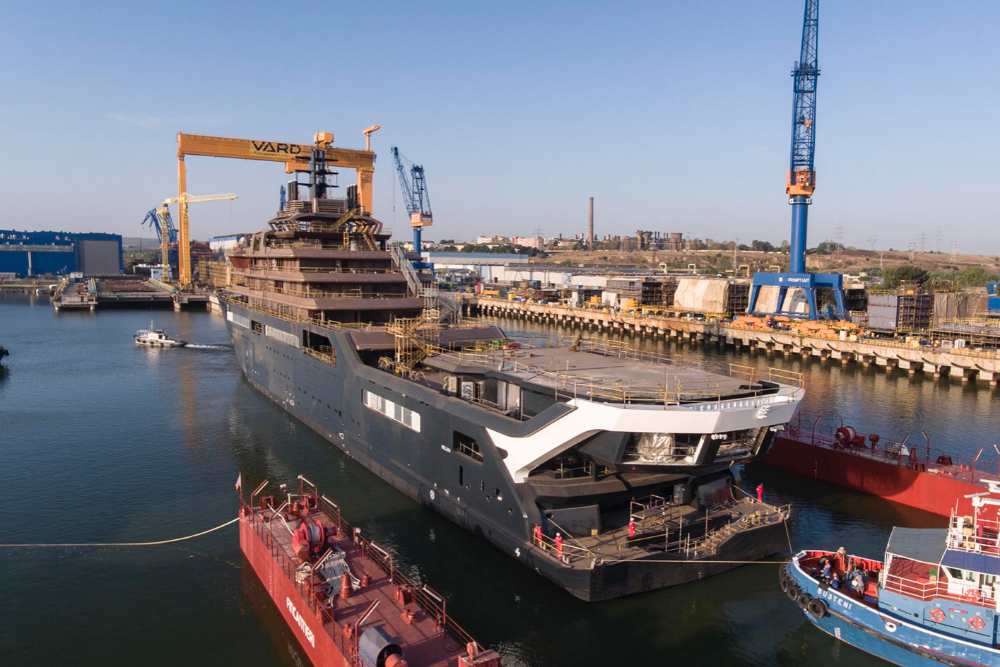 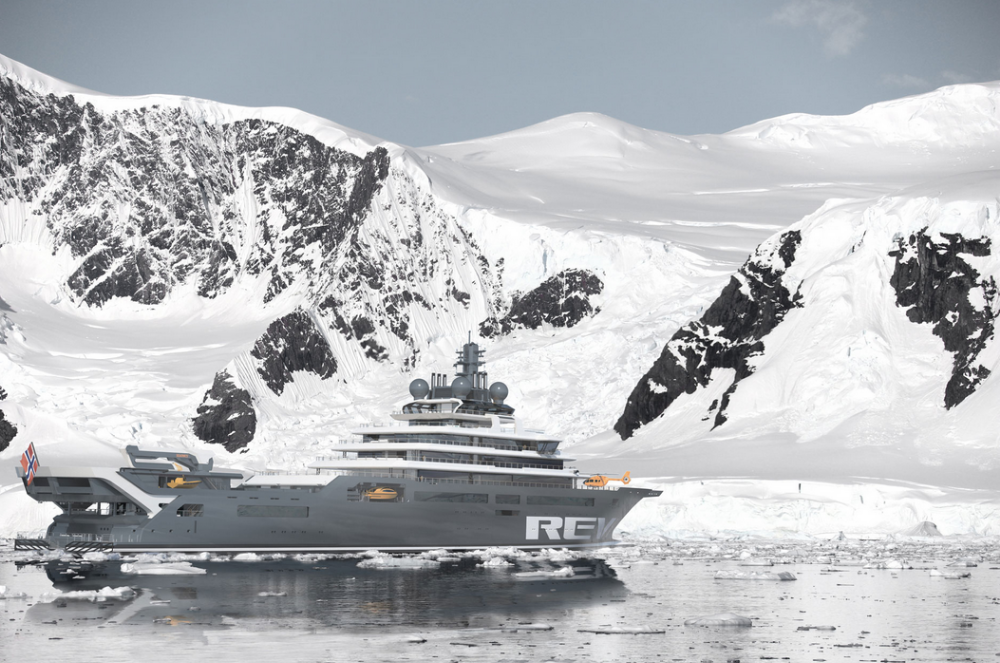 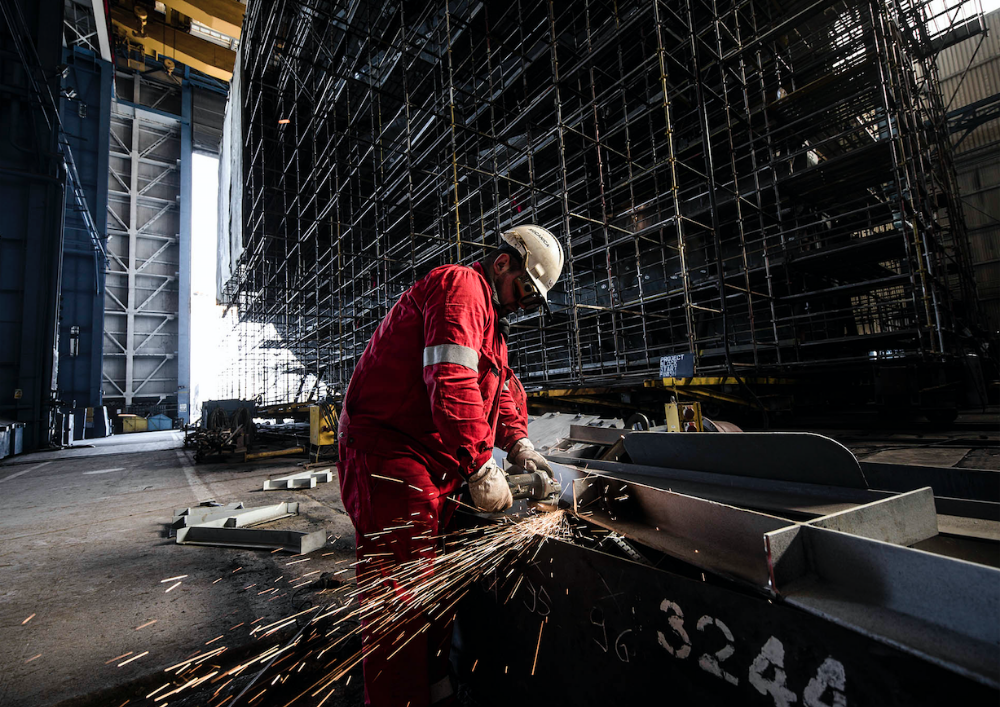 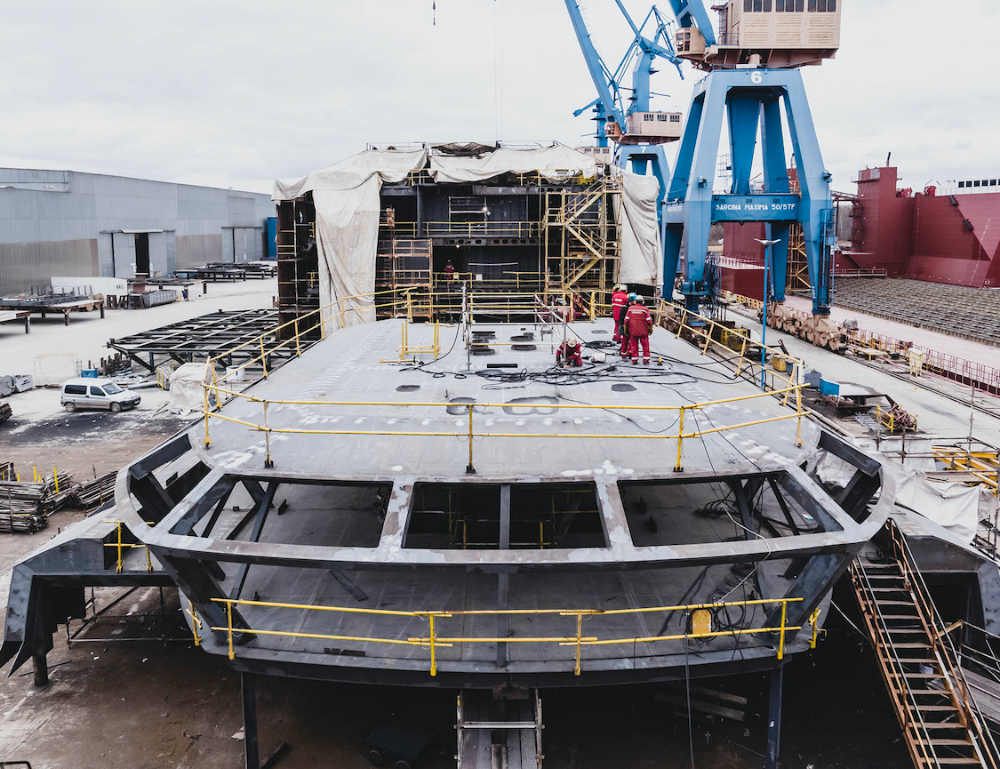 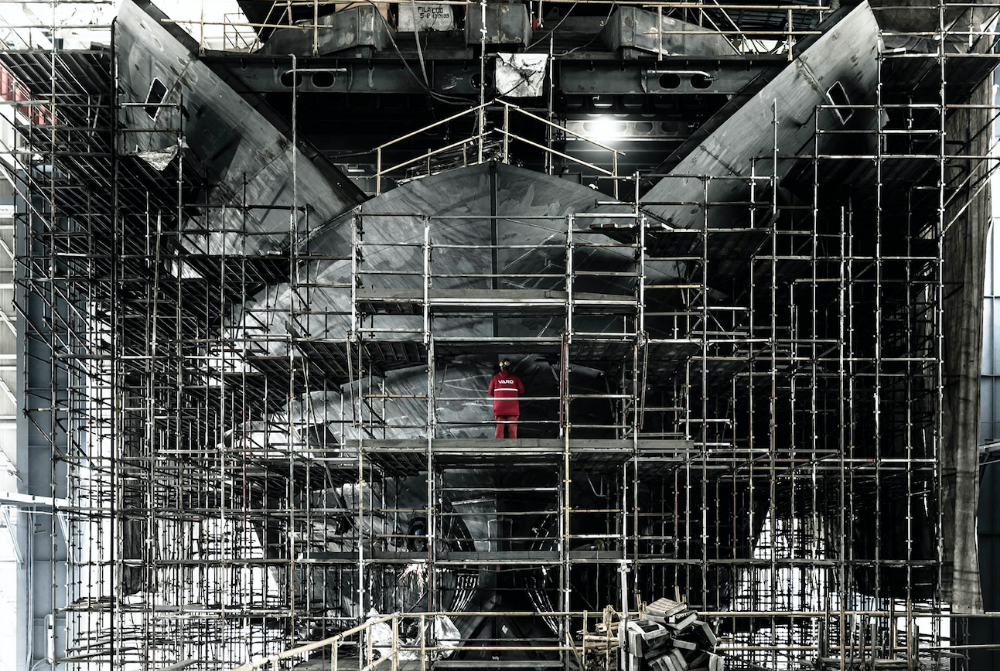 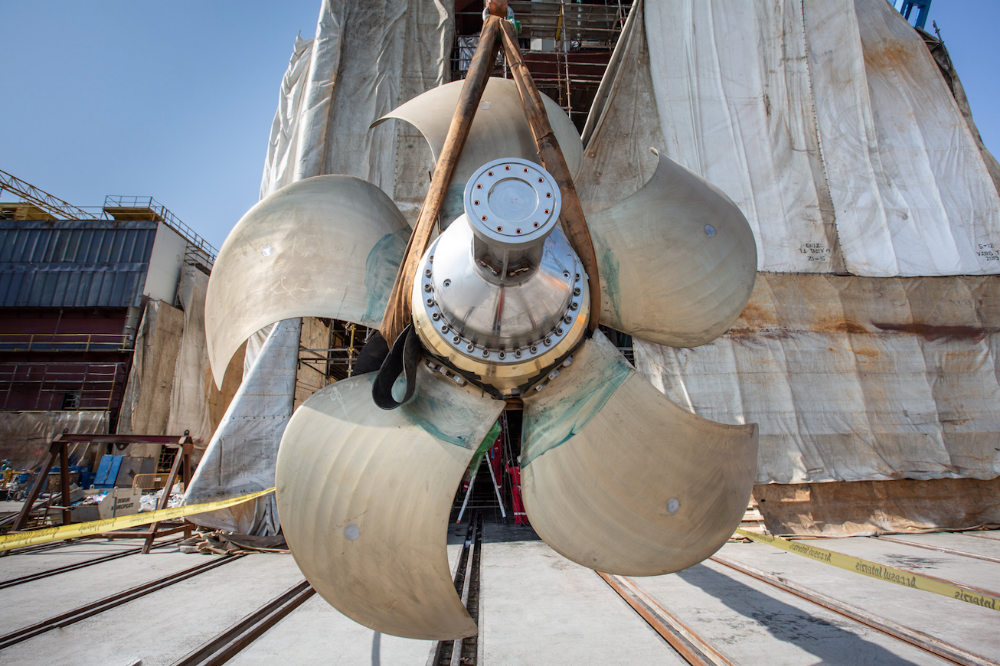 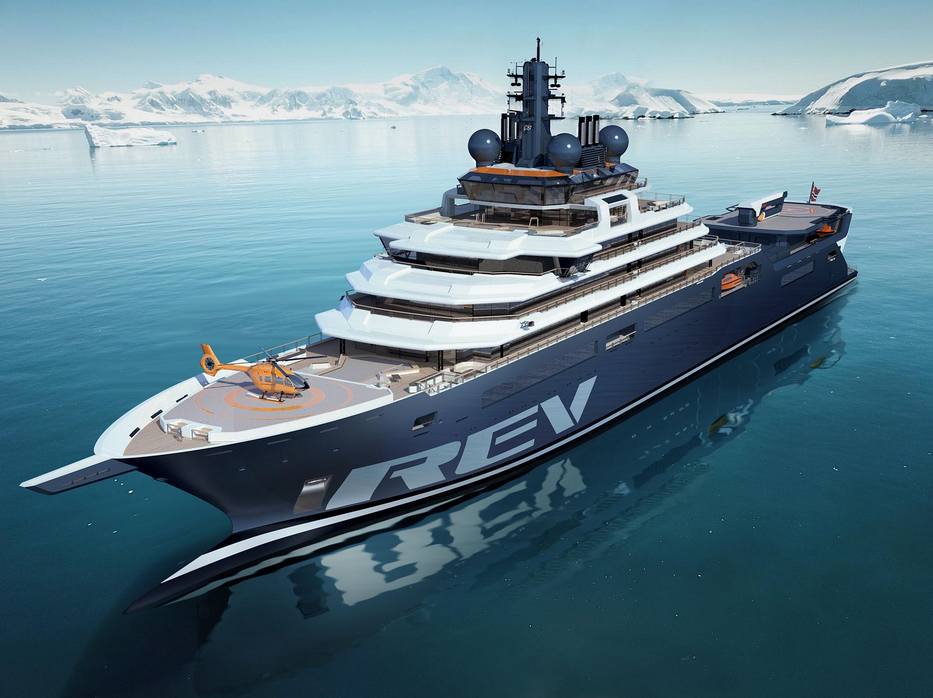 The much-anticipated REV Ocean Vessel has hit the water in Tulcea, Romania and will now spend approximately 30 days being towed to the Brattvâg shipyard on the west coast of Norway for further construction work.

During the countdown to the launch, REV recently welcomed aboard Captain Nils, who has worked at sea for 26 years and has been a captain for the last 15 years. Originally from Smøla, a municipality in Norway, Nils started his career at sea on fishing boats, and also has experience with various types of advanced offshore vessels, in addition to working on new build projects.

At the time of writing, the construction of REV is reportedly 42.5% complete, and once it is, it will have a range of 21,120 nautical miles, cruising at 11 knots. The ship’s priority as a research vessel means that she will be equipped for conducting investigations covering the entirety of the marine ecosystem, with many of the technology systems on board reportedly developed by world-leading knowledge clusters in Norway. There will be an independent scientific committee to evaluate and recommend the research projects, ensuring the highest level of scientific standards.

REV is equipped with echo sounders and sonars in order to study fish and other species in the whole water column from surface to bottom, while multibeam echo sounders are used to map the seabed and current. In an effort to leave the seabed as the onboard researchers find it, there are drop keels on board to place the echo sounders and sonars in undisturbed water, one of which is able to explore sediments below without taking samples. The drop keels are also fitted with four sensitive hydrophones for listening to the communication between marine mammals.

According to the REV Ocean website, an on-board incinerator system will allow for all materials including plastics, but not metal or glass, to be incinerated in an “environmentally positive way without producing noxious gases and limited char,” meaning that the ship will not have to offload plastic waste once shoreside in countries with limited ability to dispose of plastics. In addition, every kilogram of waste burned will generate 11kWh of thermal power in the form of hot water that can be used in the ship’s hot water circuits.

Among the ship’s environmental agenda is also the Vard SeaQ ‘Green Pilot’ system, to monitor CO2, SOx and NOx emissions in addition to other environmental parameters, wind strength, echo sounder and DGPS, allowing the crew to run the ship in the most environmental way, while keeping the carbon footprint to a minimum. LED lighting systems have been placed throughout the vessel to reduce power consumption, while a SILENT-R system provides prevention of underwater acoustic pollution.

REV has the range and equipment to make autonomous expeditions for up to 114 days around the world, and applies the IMO’s Polar Code for ships operating in the Arctic and Antarctic waters.

REV has the range and equipment to make autonomous expeditions for up to 114 days around the world, and applies the IMO’s Polar Code for ships operating in the Arctic and Antarctic waters.

There are several educational elements to the vessel, including various laboratories which will be equipped for different types of research, with all the equipment needed for a range of scientific investigations, from the Aerosol Lab to the Environmental Research Lab and a Teaching Lab, as well as an auditorium with room for 40 people. There is also a hospital with a medic’s cabin, which may prove essential for the expeditions the REV expects to accomplish. 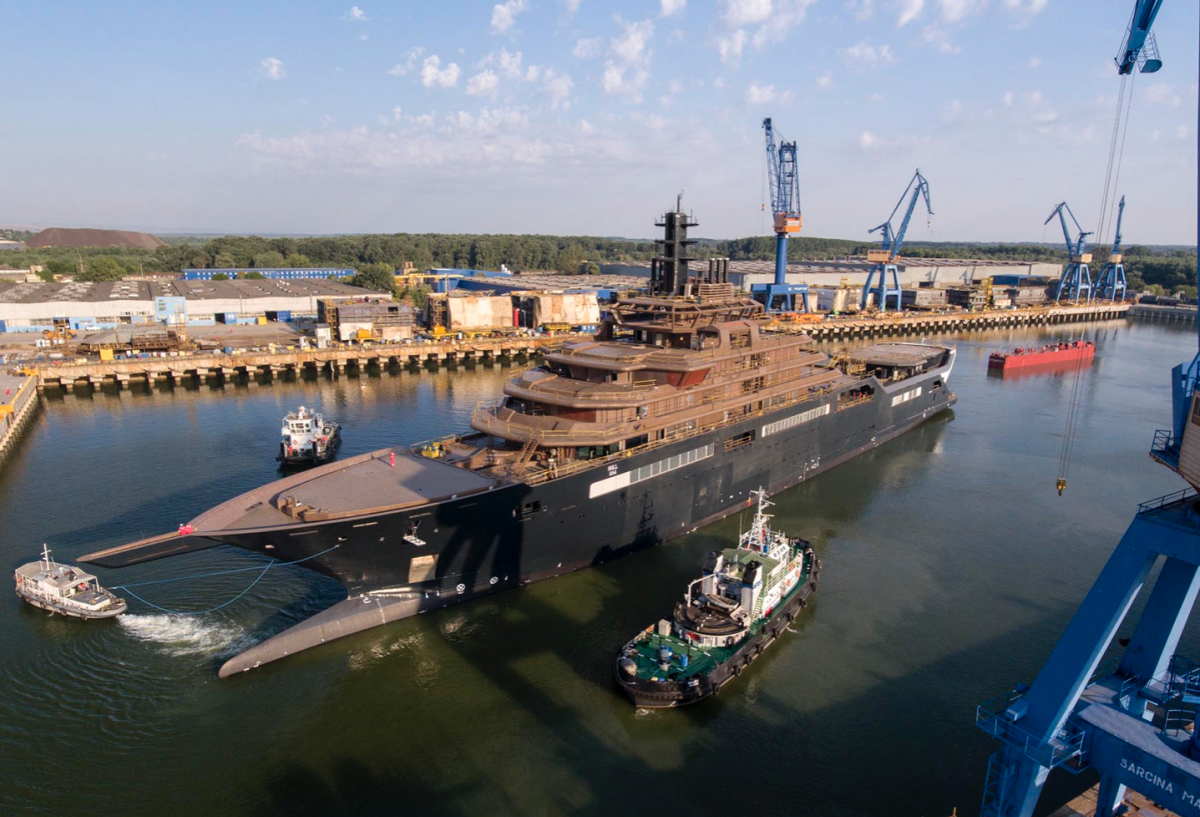 Overhead cranes can lift and launch equipment weighing up to 20T over the side of the vessel, while underwater investigation is made possible through a moonpool (7.7m x 5m opening through the hull) allowing direct access to the water below the vessel.

The vessel is also equipped with two 35-ton trawl winches with spectra rope, and a split net storage drum with 2x 10m3 capacity. In operation, the trawl doors and stern platform are skidded aft, enabling safe launch and recovery of the trawl and other towed objects. The ship will reportedly have “the most advanced catch system ever used on a research vessel for bringing live species on board with a flexible vacuum hose connected to the trawl cod end,” according to the REV site. Suction is provided by a large vacuum plant inside the ship, which provides researchers with the possibility to study live samples, as they are unharmed by the damage that can sometimes be sustained in trawls, such as pressure damage in a crowded trawl.

All images courtesy of www.revocean.org