The 77m project was towed from Kiel to Nobiskrug's Rendsburg facility… 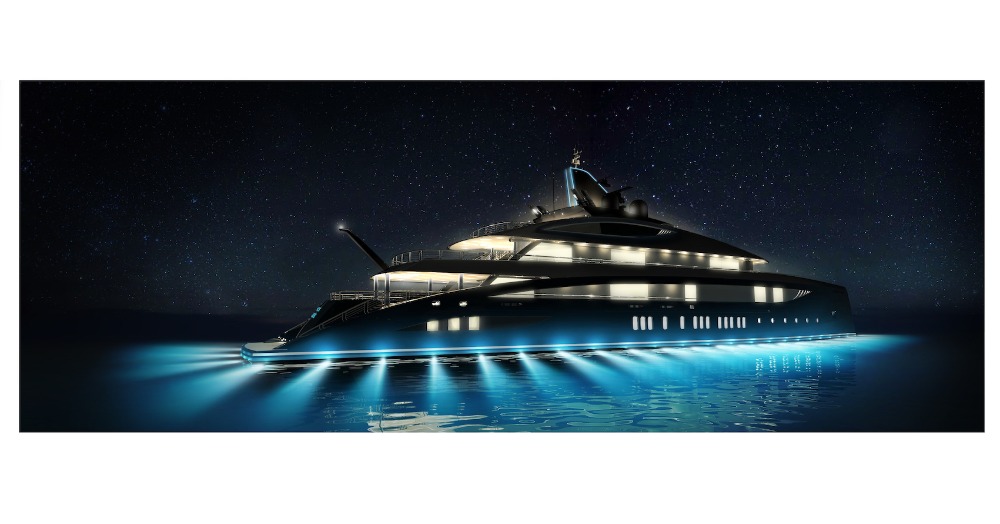 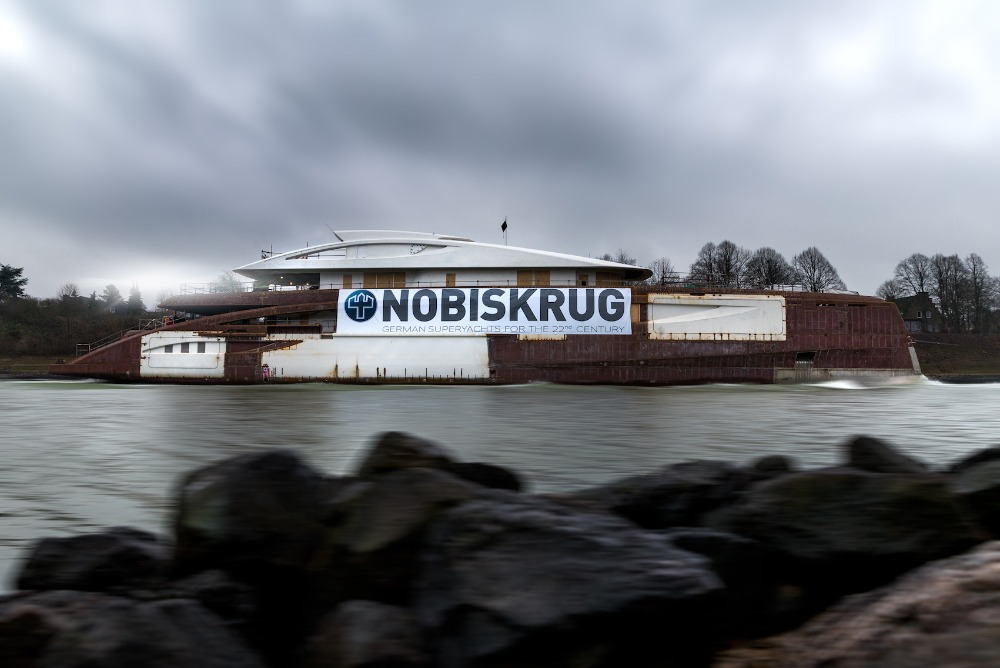 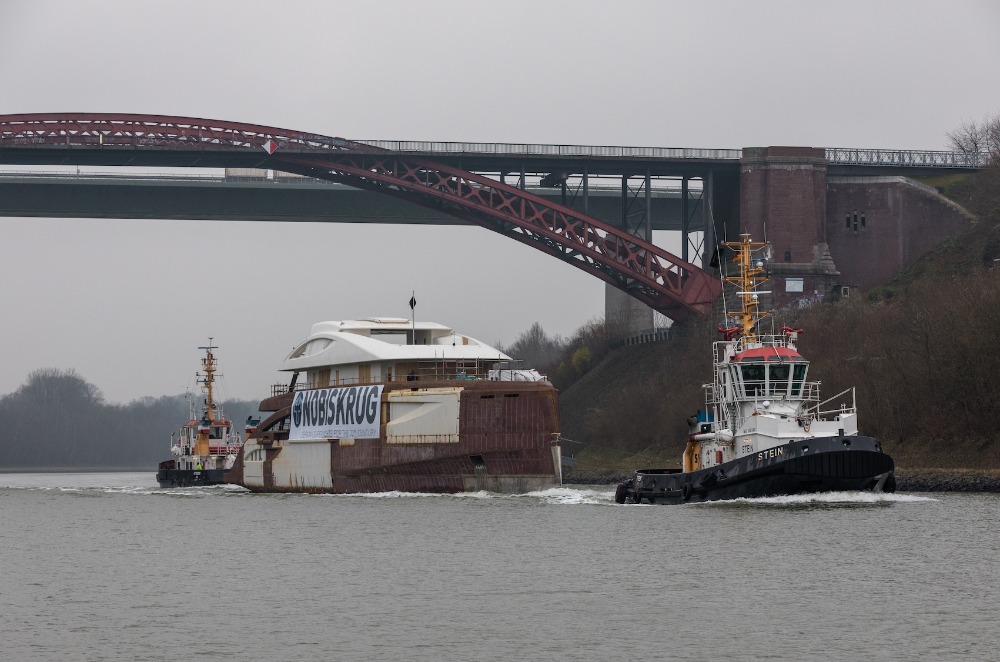 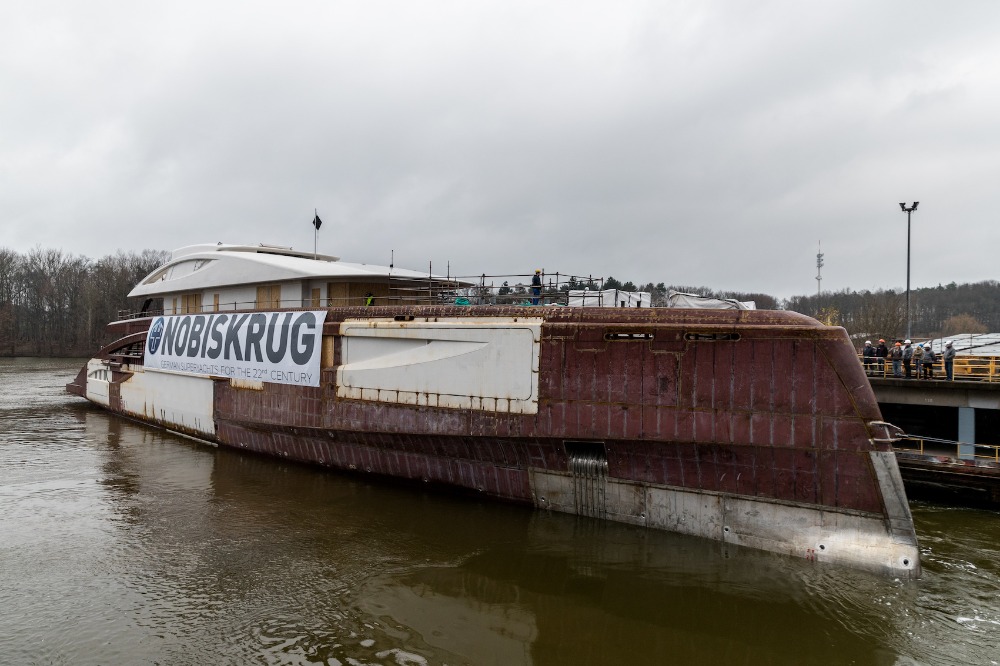 Progress on Nobiskrug's highly-anticipated 77m Project Black Shark has taken an exciting step, with the arrival of the new build’s hull at the builder's Rendsburg facility yesterday. The towing of a hull from Kiel to Rendsburg always marks a significant milestone in a Nobiskrug new build project. For Black Shark, the construction of which is being uniquely covered by the media, the landmark has been complemented with the publishing of new renderings, which reveal an imposing bow, generous volume and striking colour scheme.

It took the power of two tugs to haul the hull from the Kiel facility on the shores of the Baltic Sea, setting off at 10am in the direction of Rendsburg. Black Shark’s hull passed through locks before entering the Kiel Canal, where it spent three hours travelling at the maximum speed of eight knots. It completed the journey on the River Eider, arriving at Nobiskrug's facility in Rendsburg at 1:30pm.

Here, the hull will be painted matte black to mimic the texture of the skin of a black shark. In contrast, the superstructure will wear a sporty, metallic silver colour to complement the mast, which has been designed to resemble a shark fin. The dark exterior colour will wrap three decks which have been specifically designed by British studio Winch Design to emphasise the yacht’s voluminous 2,080gt.

"Following the keel laying in February this year, we are excited to see Black Shark entering the next phase of the build process, interior and exterior outfitting, which will commence at our facility in Rendsburg,” says Fadi Pataq, director Nobiskrug.

Imperial acted as broker for the sale and continue as owner’s representative and construction supervisor throughout the entire build. “It’s a new milestone achieved for this exciting project [and] a step closer to the final delivery," adds Imperial Director Julia Stewart. "Her detailed and astonishing black hull will certainly impress the world when [the time comes for] her first official splash into the water.”

SuperyachtNews will be following the project as the build progresses.