“We’ve neglected how suitable the sea is as a runway,” explains Conrado Dornier, who presented Dornier Seawings' Seastar aircraft at GSF last year.… 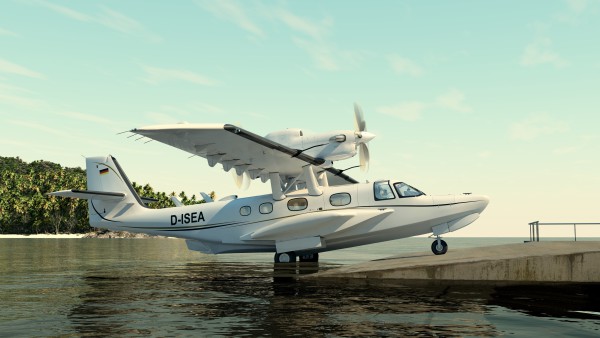 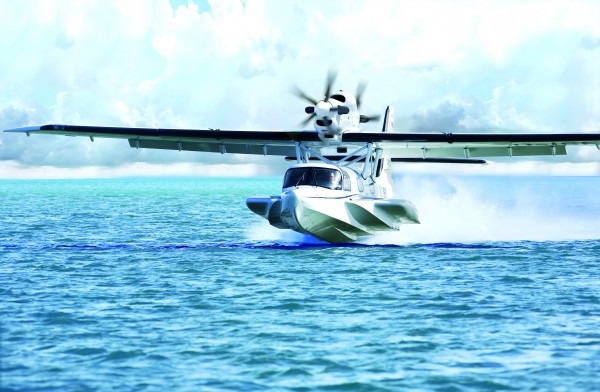 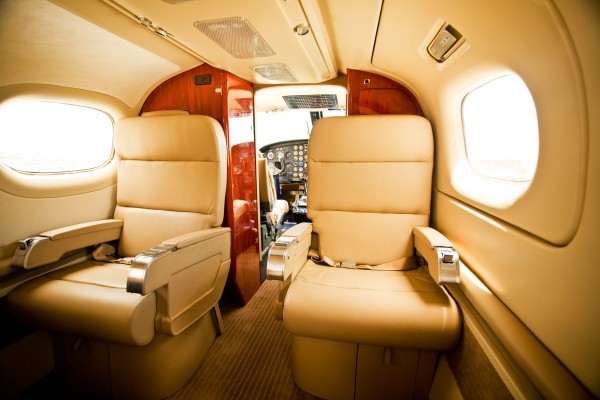 At the Global Superyacht Forum in November last year, chairman of Dornier Seawings Conrado Dornier presented the company’s Seastar seaplane. Outlining its many benefits, Dornier suggested that this form of transportation is likely to become more popular in the coming years.

“We’ve neglected how suitable the sea is as a runway,” explains Dornier, who developed the aircraft in the early 1980s following customer demand for a twin-engine turboprop. With European and US certification obtained, a first for an all-composite commercial aircraft, production began on the seaplane but was halted in 1991 due to a lack of funding. With investment from the Chinese government, a majority shareholder, production has resumed, with the first aircraft due for delivery at the end of 2017.

“Obviously we have adapted the design from when we first developed it and the aircraft will be thoroughly modernised, but we are using the grandfather rights for certification,” says Dornier. “It will have a new glass cockpit, new corrosion-proof landing gear – a first for an airplane – and so on.”

Ensuring that the Seastar is equipped with the latest mod cons and operational systems is one thing, but it is also important that the exterior reflects elegance and style. Over the past six years, the market has been introduced to a handful of toys to get owners into the air. For instance, the Icon A5 is a two-seater, single-engine amphibious aircraft constructed from carbon fibre. While its range is less than half of that of the Seastar at 427nm, its strength lies in its design, ease of use and storability. Thanks to its foldable wings, its 10.6m wingspan is significantly reduced for easy stowage.

Lisa Airplanes’ Akoya, meanwhile, another two-seater aircraft, also features folding wings and goes a step further by allowing the pilot to land on snow with skis automatically deployed on to the wheels at the touch of a button. Both James Bondesque aircraft are sleek in style and operation, but while the Seastar is a practical airplane, it shows its age when compared with the latest generation of design.

For designer Martin Francis, a pressing concern is in the freeboard to the bottom edge of the plane doors. “When you look at the aircraft in the water, the freeboard for the side entrance door seems very low. If you were disembarking passengers and a Mangusta were to go by, I would be seriously worried it would be flooded,” says Francis, who has designed two vessels that accommodate seaplanes. The first was 74.5m motoryacht Eco (now Enigma), followed by 67m shadow vessel Golden Shadow. “I looked at seaplanes for another vessel recently and I was looking for a more modern seaplane than the classic Twin Otter, but preferably one with twin engines. While interesting, my concern with the Dornier is it looks like their original planes that were built in the 1930s and feature lots of struts.”

When questioned about the freeboard, Dornier highlighted how the Seastar cabin has two points of entry. “While the aft portside door sits about 40cm above the waterline, we have another door above the stub wing on the starboard side forward,” he says. “This is perfectly protected from waves as the stub wing acts as a barrier and can also be used to walk around the aircraft when on water – it is a useful platform when docking or boarding a tender.” It is one of many useful features that enhance the aircraft which can take off and land in sea state 3 (waves approximately 1-1.5m), but anything greater would be inadvisable.

Taking style to one side, it is hard to ignore the performance of this aircraft, which offers a greater range, speed and lower running costs than a helicopter. A seaplane can provide an owner with a great deal of flexibility compared to its hovering counterpart.

We discuss the topic further in The Superyacht Owner Issue 21, which is out at the end of February 2016. Click here to find how to get your copy.