If not yearly delivery figures, how else are we to judge the market?

Such is the superyacht market’s youth that we are yet to truly see whether or not it is cyclical. Is it the case that the appetite for purchasing superyachts waxes and wanes significantly in line with global financial markets, ultra-high-net-worth age and consumption patterns?

The truth is, we don’t actually know. Yes, delivery figures have risen and fallen as a result of available credit and the financial crash, but do these phenomena represent the industry’s first true ‘peak and trough’ cycle? How are we to judge the performance of the market if not on yearly unit output?

One might easily imagine that the industry peaked in 2008, when 266 units were delivered. In the years before the global financial crisis credit was freely available, wealth was being generated at a hitherto unprecedented speed, the sharing economy barely existed and the green movement was only just starting to pick up momentum. It was the perfect market for superyachts and those owners that entered the market have, for the most part, sustained the industry in the years that followed.

Are we then to assume that the trough occurred in 2015 when only 148 superyachts were delivered (a mere 55.7 per cent of the total recorded in 2008)? And are we still in a trough, given that of the predicted 184 deliveries for 2019, only 142 have reached fruition (at the time of writing)?

Strangely, while annual deliveries are at their lowest point since 2002, the floating of Sanlorenzo, the Italian superyacht builder, on the Italian stock market has provided the industry with a level of legitimacy that it has been lacking to date. Sanlorenzo’s successful floatation highlights that investors are now willing to look at the superyacht market as a bona fide money-making enterprise, rather than an amateur extravagance with incredibly slim margins. 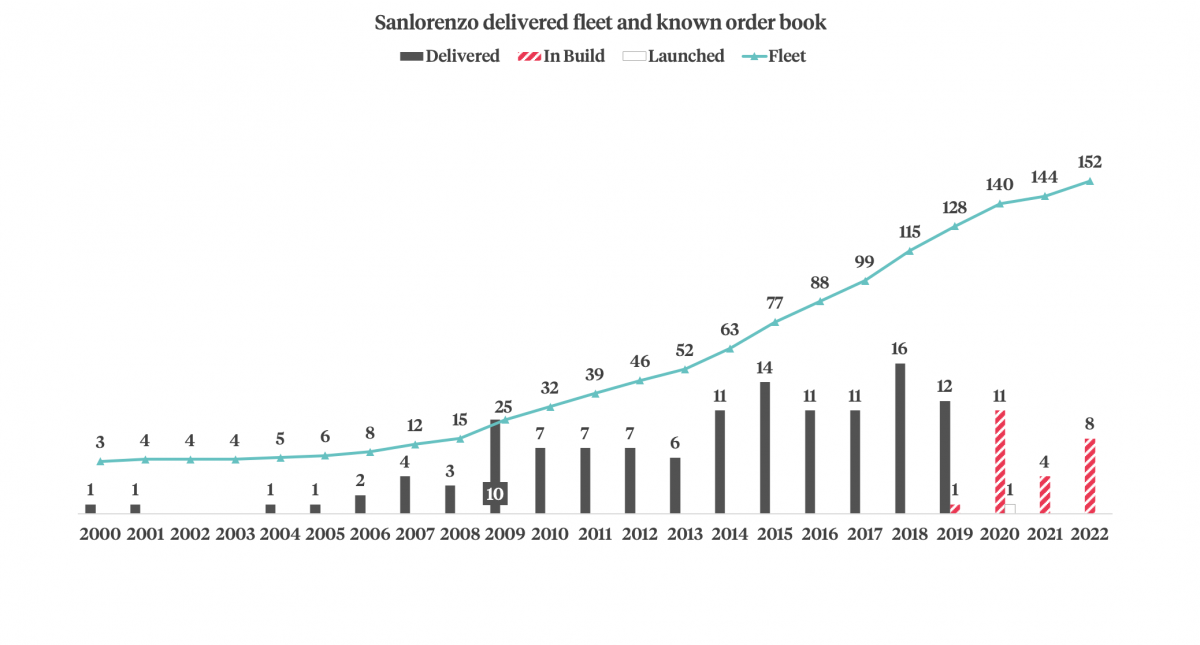 Salorenzo’s success is indicative of a market that is changing. Whilst the dizzying heights of the mid-2000s may seem a million miles away from today’s figures, today’s deliveries are controlled by fewer major players. For the most part, owners are no longer willing to take a risk on shipyards that don’t have a proven track record or financial security.