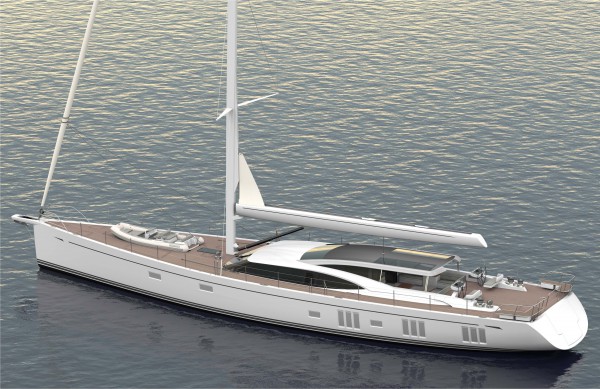 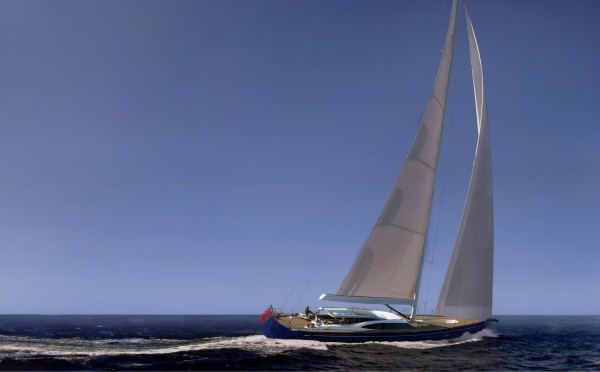 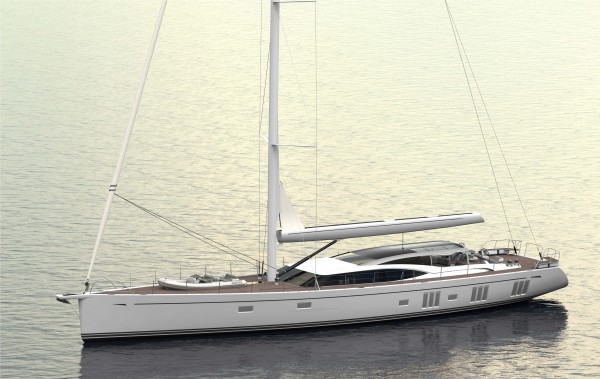 One year on from the sale of the first Oyster 118, Oyster Yachts has confirmed that the contract for the construction of the second hull has been signed.

Officially the contract was verbally agreed over the phone on 29th December 2016 but it wasn’t until 3rd January that Oyster received the countersignature, making the 118 the first order of 2017 and a good start for globally thinning sailing yacht figures. CEO of Oyster yachts, David Tydeman shared his thoughts on the sailing yacht market and the second 118 in an exclusive conversation with SuperyachtNews.

Initially, the development process for the 118 took three years, prior to the signing of the contract for the first hull in September 2015. It is a natural development of the initial planned plumb bow, soft chined, twin rudder Oyster 115 design by Humphreys Yacht design. "The design is very much in line with other recent work we have carried out for Oyster," says Tom Humphreys of Humphreys Yacht Design. "We carried out all the original concept work to help define the project in its early days, working with the shipyard and looking at alternative layouts to make sure the yacht had a wide reach for a number of potential clients."

“The 115 grew into the 118 after we added three feet on the back,” says Tydeman. “Once we got into the detailed design with the first client we had to stretch the lazarette because of the position of the steering pedestals behind the cockpit, followed by the sheet winches, there was just a little bit of squeeze when getting round the side deck.”

Built to DNV classification and MCA LY3 coding, the 118 is the 359th yacht (including yachts under 30m) created by the longstanding Humphreys/Oyster partnership, since 1973, when the shipyard was established.

Oyster Yachts has also incorporated some interesting innovation on board, including the mid-boom, single-point mainsheet which penetrates the bimini top to run down through the glazed (but carbon-reinforced) salon entry-bulkhead to the captive winch, deep below the bulkhead.

“Once we obtain the materials, around late February, we will start moulding,” continues Tydeman. “But the fit-out shed wont be available until early 2018, following the completion of the first hull.” The moulding of the first 118 hull was finished in October and has been moved to the shed, where the furniture is being manufactured and systems are being installed. During the course of the moulding process of the first hull the moulding contractor fell into financial difficulties, so in order to move the process on, Oyster bought the operation.

Already Oyster is in serious discussions for hulls three and four, but Tydeman says that the potential owners would like the yachts sooner rather than later. “The problem is they don’t want to wait, so I now have the challenge of moulding hull three as soon as the tooling for hull two is completed. So I could have the hull for the third 118 ready for the summer, but we haven’t got the shed to build it yet so I’m working on getting some additional facilities to take the contract.”

“Our success over the last three decades is reliant on the club sailor, a bit like myself, who in their 20s did their first bit of sailing and aspired to own something a little more comfortable and always dreamed of going on a long passage or sailing across the Pacific.

“But now what I see in our data is that age profile is just increasing and we’re selling to the same people that are just getting older and the 40-year-olds or 30-year-olds just don’t have the same dream.”

It appears that the lifestyle of a sailing yacht isn’t appealing to the younger superyacht owners. The motoryacht culture is so different from life aboard a sailing yacht but it appears that those with real a passion for sailing are choosing to buy much smaller boats to enjoy. “We consistently sell 50-60 footers to people who could very easily afford much larger boats, but they still want something of quality that they can do themselves.”