With five deliveries scheduled this year, will Overmarine move up the rankings in The Superyacht Annual Report: New Build 2018? 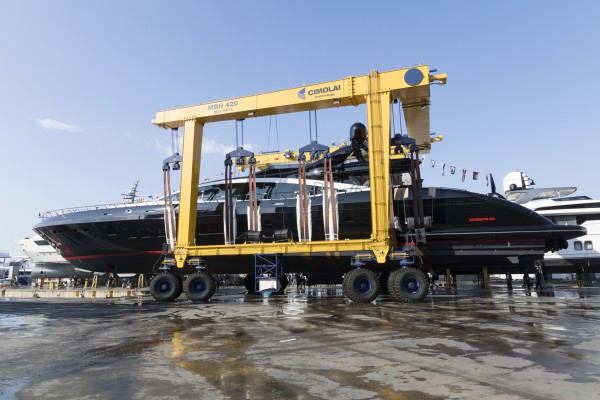 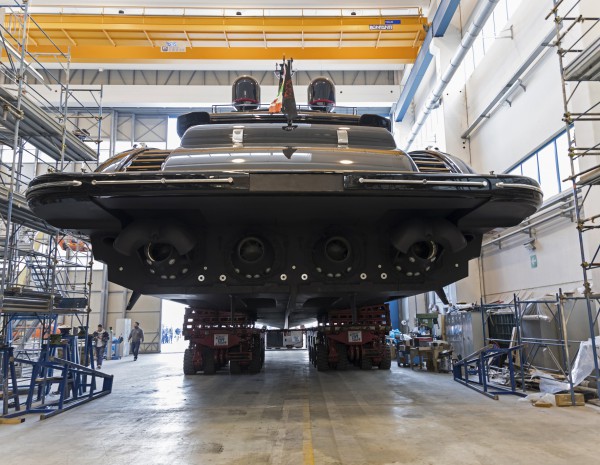 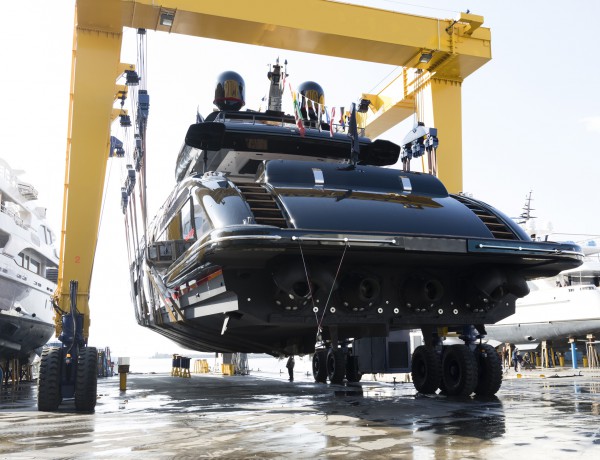 Overmarine has announced the launch of the 12th Mangusta 165 Maxi Open yacht, which took place last Thursday (6th April, 2017), which is the third hull from the shipyard’s new Evolution series. With a further four superyachts scheduled for delivery in 2017, is the shipyard set to move up the rankings in The Superyacht Annual Report: New Build 2018?

With an LOA of 49.9m, the uniquely coloured yacht has the ability to reach a maximum speed of 35 knots, which, according to the shipyard, “has been possible due to the design of the and construction technique of the hull and superstructure”.

For this project, the shipyard has managed to maintain the power achieved on previous Mangusta 165 models, however this unit has significantly lower consumption at the same speed. The shipyard has explained that this new low fuel consumption attribute is used best at low speeds.

Based on cumulative LOA over the last five years, which equates to 503.6m, the shipyard has been ranked 13th in the 2017 edition of The Superyacht Annual Report: New Build, sitting just below the Palumbo Group, which has a cumulative five-year LOA of 552.1m. However, with five deliveries scheduled with a combined LOA of 221m, Overmarine’s ranking is forecast to overtake the Palumbo Group.

The forecasted five-year LOA figure, which comprises the cumulative length from 2013 to 2017, is predicted to be 624.9m, 13 per cent more than the Palumbo Group’s forecasted figures. In other words, Overmarine will see a 24 per cent increase on the cumulative figures shown in the 2017 edition of The Superyacht Annual Report: New Build.

In total, there are 13 yachts under construction at the Overmarine facility in Viareggio, which together have a combined LOA of 586m and an average length of 44.6m.

Overmarine plans to the showcase the yacht at this year’s Monaco Yacht Show, following an extensive period of sea trials and final outfitting.