SuperyachtNews.com - Fleet - On the refit rectifications behind 'Gayle Force'

On the refit rectifications behind 'Gayle Force' 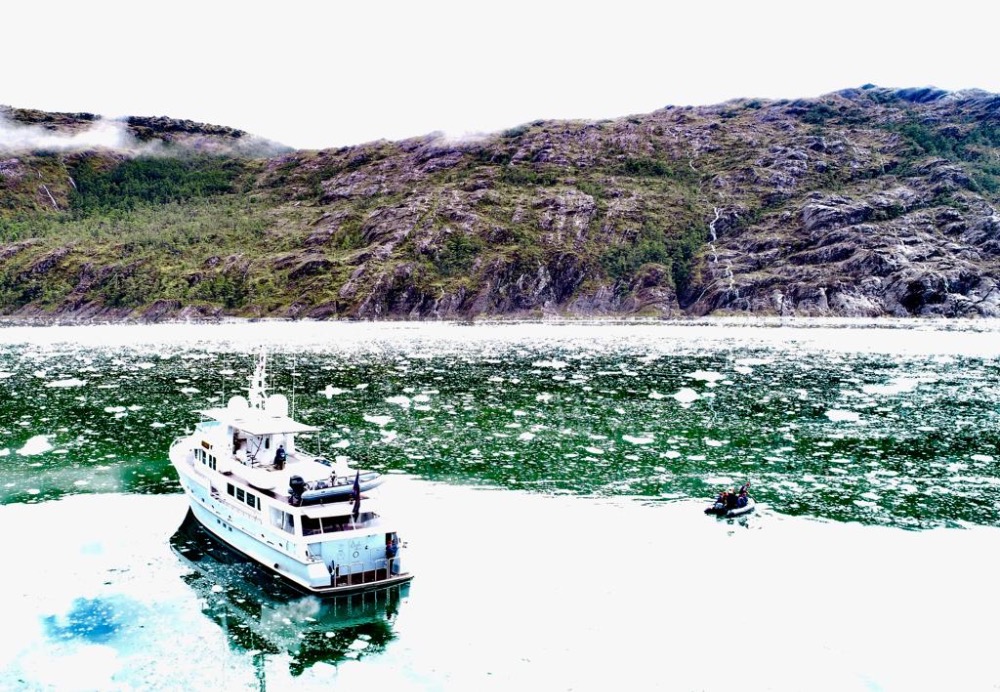 We spoke with Joost Mertens and Marnix Hoekstra from Vripack Yacht Design about the refit process that Gayle Force underwent at Deracktor’s Shipyard in Fort Lauderdale in the run-up to her trip to Antarctica in 2018. The boat which was originally delivered in 2003, is a Doggersbank design. Named after a shallow park of the North Sea, notorious for being a very harshly-conditioned place, these boats were designed in the eighties to withstand these conditions and bring people safely across this treacherous passage and exploring unchartered territories. Images of these places are “now something we see on Instagram all the time” says Hoekstra, “but at that time, pre-internet, it was fairly revolutionary.”

On the inspiration behind the Antarctica trip and decision to undertake the refit process, the captain of Gayle Force, Scott Whittaker, who worked closely with the owners on this project, said that it all developed out of needing to define a mission for the boat. He says he met the owners about six years ago, when they had a 24m intra-coastal boat. He met them because he was overseeing the delivery of the vessel to Panama and he suggested to the agent that they run it down instead of shipping: “we did some pretty extreme things for that little boat, and so I said to the owner, ‘you’ve got to buy another boat if you wanna do this stuff’. We were working on the top edge of this boat.” He said that he had fallen in love with Gayle Force years ago, when it was still called C1, and he advised the owners to buy it.

On the refit process, Whittaker feels every problem he encountered with the boat was caused by the ways he was used by previous owner. The focus of the previous owner was to maintain the boat as being the beautiful yacht that it is instead of increasing the efficiency of the vessel. He said that there wasn't much done to the interiors during its refit as it was kept in beautiful condition.

During the first stage of the refit process, the team decided to overhaul the crew space – originally it had a little crew lounge but they had to modify it as they needed more crew, as well as an enhanced stabilisation system. Whittaker explained that's when he got Vripack involved, as he wanted to be sure he was making prudent modifications: “I didn't want to devalue the boat.”

They set off on 8 March after a $2.5 million refit, however only eight hours after leaving Fort Lauderdale, a minor leak forced a tough decision to return to the yard and the beginning of an eight-month repair process. The issue turned out to be a problem with the new stabilisation system. the boat had been designed with a Quantum system spec, but ended up with a completely different Koopnautic system.

Whittaker says that “the issue shed light on the fact that what we had was old technology and a marginally sized system for Gayle Force.”

According to the broker who advised Whittaker, the owner’s representative had ‘a history of overbuilding’, and straying from the brief. The main issue reportedly came down to the fact none of the owner’s team were enforcing their prudent advice with any authority.

“the issue shed light on the fact that what we had was old technology and a marginally sized system for Gayle Force.”

Gayle Force turned back and made the necessary changes. The first step was to cut two-metre holes into the hull, modify the fuel configuration, and alter the configuration. Whittaker believes the reason the original stabilisation package was mismanaged was due to a desire for greater fuel capacity, which compromised the space available for the stabilisers.

The yacht’s current owners are Wayne and Gayle Laufer – the latter being whom the yacht is named after. “Wayne called me up one day and said, ‘What do you think about Gayle Force?’ And I said, ‘that is a perfect name, because it is such a play on nature, but it’s spelt as a woman’s name.’ And the logo is her signature, so it’s her!”

They were eventually able to set off again, eight months later, on what was a hugely successful trip to Antarctica. Whittaker says that he slept on the deck of the boat for the whole trip to make for more space inside. They had six guests and seven crew, because they were accommodating a naturalist and an ice pilot. But he says he didn't get too cold - just that he didn’t enjoy having to get out of his sleeping bag at 4am when it was snowing outside!

The Superyacht Refit Report: out now