On display at the MYS: 47.6m M/Y Lady Anastasia 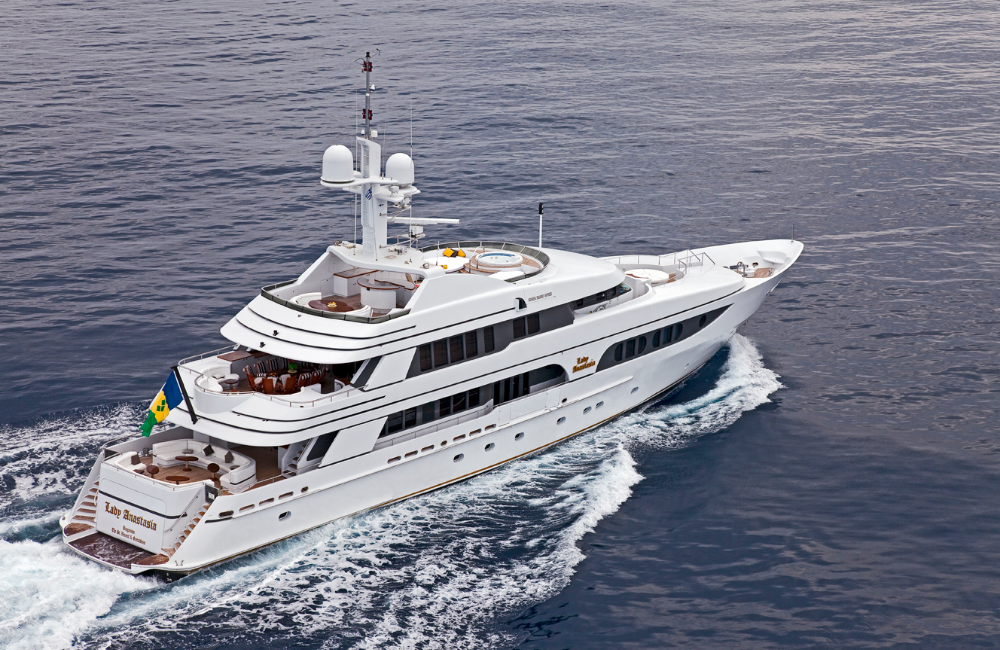 In 2015, Imperial listed three superyachts for sale during the summer before taking them to the Monaco Yacht Show (MYS) in September. All three were sold by Christmas. This selling speed was replicated in 2016 when the firm made two sales before Christmas as a result of the show. In 2017, Imperial took the 73.5m Project 783 and 67m Fast Support Vessel 6711 to the show – the former was sold one month later, in November, and the latter was sold two months after that, in February 2018.

While Imperial does not disclose asking and final asking prices to the public, one thing we do know is that its hot streak in recent years is not luck or coincidence – the firm takes boats into the show that are keenly for sale, and the Imperial team is hell-bent on getting them sold quickly for sellers to save on unnecessary and expensive operating costs during a sales campaign.

This year, the firm is taking three boats to the show: 41m Okko, 50m Rush and the 47.55m motoryacht, Lady Anastasia, which was listed for sale in August this year and was built at Kiwi shipyard, Sensation Yachts, in 2001. Built with a steel hull and a light composite superstructure, she features the interior and exterior design of the renowned Donald Starkey.

According to Imperial, her interior was inspired by musical themes, due to the owner’s love for Italian opera and classical music. Her accommodation comprises five cabins – a master on the main deck and four guest cabins on the lower deck – for 10 guests. The four guest cabins are named after famous pieces of music: Un bel dì vedremo, Celeste Aida, Nessun Dorma and O’mio babbino caro.

Lady Anastasia's interior layout is well-organised around two large salons with a superb Vista lounge. Her exterior comprises versatile and functional deck arrangements, including a sumptuous sun deck, equipped with a Jacuzzi. She presents in excellent condition following a refit earlier this year and will be berthed on the new floating pontoon, Quai Chicane, at the MYS.

For more information, or to book a viewing, contact:

On display at the MYS: 47m M/Y Book Ends