SuperyachtNews.com - Fleet - On board 'Kohuba'

Launched at the end of 2015, 'Kohuba' is the first of the Princess Yachts’ 30m M Class range. SuperyachtNews.com was invited on board for sea trials in Mallorca to experience the new flagship, and hear what the range means to the yard.… 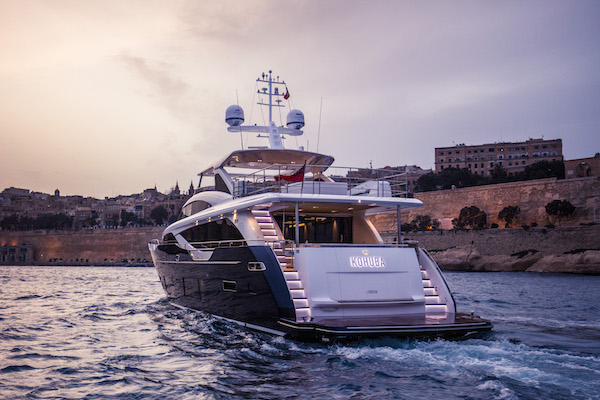 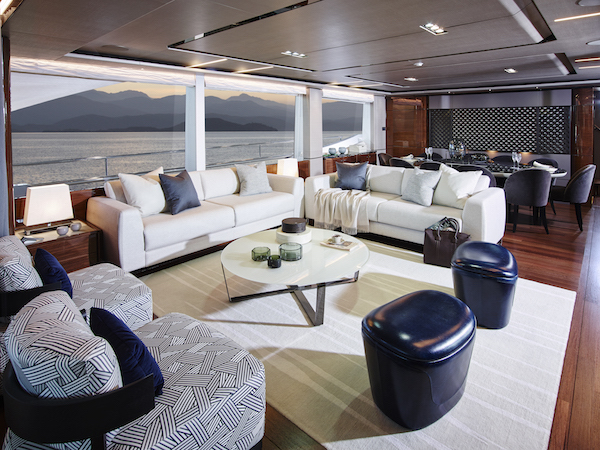 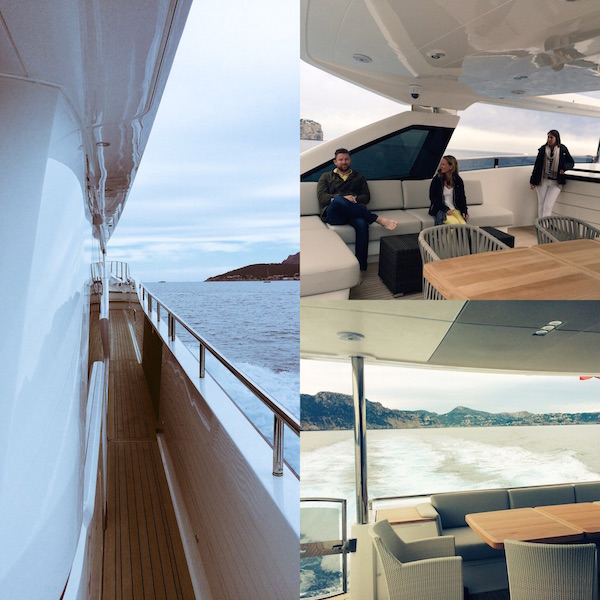 Launched at the end of 2015, Kohuba is the first of the Princess Yachts’ 30m semi-custom M Class range. The yacht represents the start of an exciting era for the Plymouth-based yard, which currently has the build of slots two and three of the 30m underway, and slots four and five already sold.

“The 30m is our volume driver for our superyachts,” explains marketing director Kiran Haslam during a sea trial in Mallorca last week. “We see ourselves comfortably building between six and nine units a year, with a build time of nine to 12 months.”

With the 30m now Princess’ entry-level superyacht in their M Class range, there are a number of different factors that make it appealing for clients looking in that size range. “It is below the 24m loadline, so it is not constrained by LY3 regulations,” advises George Edwards, M Class Technical Sales Executive, adding that the 30m model amounts to a similar volume as the yard’s previous 32m model, which was affected by the Large Yacht Code.

“It is also a very competitive price for the size that it is and for the volume you get. The 35m M Class is significantly more volume – about 80gt more – but for the price the features you have on the 30m are incredible and we think it is doing very well because of that.”

The key ethos behind the yacht Princess is luxurious design combined with performance. “The 30m is designed to get up on the plane, which is more efficient for fuel consumption and gives it a performance edge,” explains Edwards. “We feel that this is the direction that our clients are going in.”

Due to the size, the M Class range also benefits from Princess’ ability to build modular, by pre-building cabins and dropping them in. The team believes that this not only allows them to build units very quickly, but also significantly improves engineering access on board.

The saloon on board Kohuba

As for Kohuba, her owner has kept close to the standard M Class layout and design, but the M Class range has the option of being very bespoke. The brief from the owner was to have a minimal interior with a Scandanavian guise using light and dark colours. Princess’ in-house design team have achieved this well, and the interior is really where you can see the LVMH ownership come into play, an acquisition that has aligned the yard with other luxury lifestyle brands.

Kohuba’s one unique feature is a motorbike display unit on the aft upper deck, which Edwards explains was the biggest challenge for the team. “The bike was being developed at the same time that we were building the boat so it was very much a chicken and egg situation,” Edwards says.

Sea trials on board Kohuba

“The challenge was not so much in what you see, but what was done behind the scenes. We had to structurally support the deck with carbon fibre so that it was strong enough to have a 1.5 tonne crane on the back and over a tonne of motorbike and display unit. As a result, it is a very high spec of weight on this boat.”

Recent figures published in The Superyacht Intelligence Annual Report rank Princess as the 18th yard in terms of delivered projects for five consecutive years, peaking at a total of four in 2013. The yard is set to beat this record in 2016, which currently has an impressive order book of nine superyachts in their M Class range: slots two, three, four and five of the 30m; slots two, three and four of the 35m and slots seven and eight of the 40m. This is an enviable position in a difficult new-build market, showing that clients at the smaller end of the superyacht sector are giving favour towards in-house, semi-custom yards.