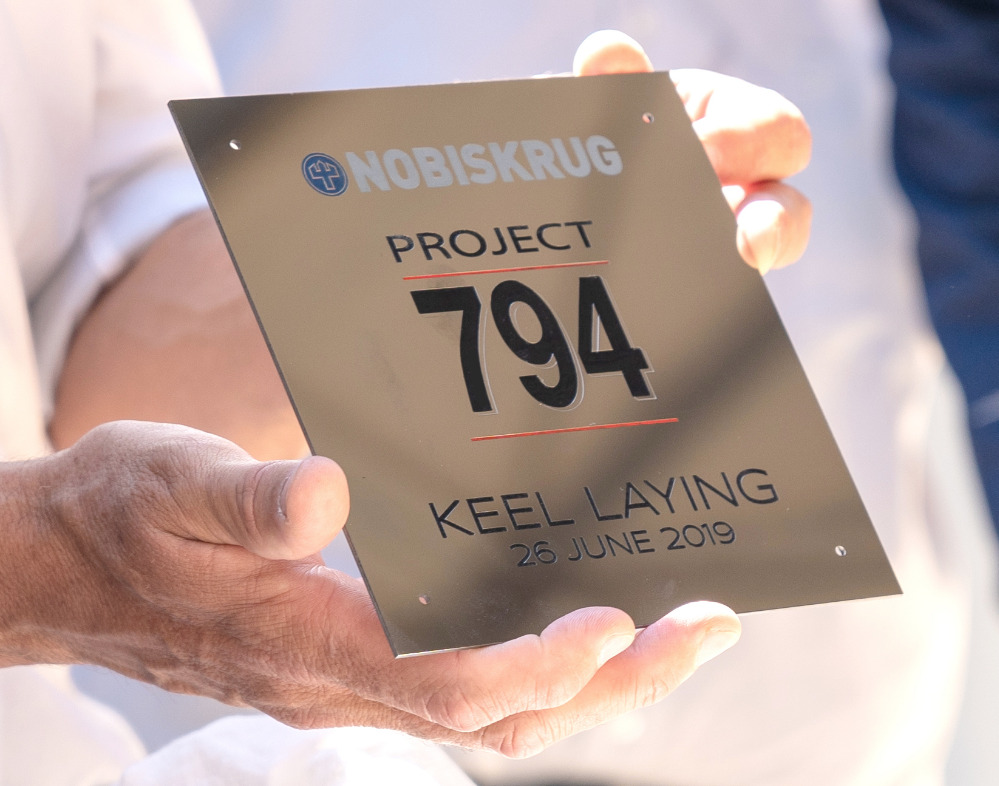 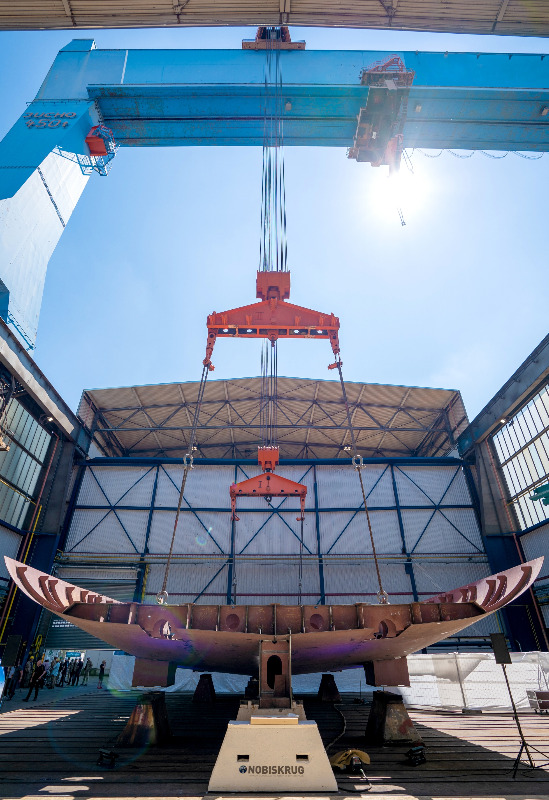 This week, German shipyard Nobiskrug laid the keel of its new 62m superyacht at its facilities in Kiel after the project was signed in May 2018. Currently referred to as Project 794, the shipyard has confirmed that the superyacht is on track for delivery in spring 2021, after the project was sold by Imperial, having now officially entered the next phase of its development.

Penned by renowned superyacht designer, Espen Øino, the five-decked, high volume project has reportedly been created with performance in mind, with a vertical bow and creative details that “fuse contemporary elements with a timeless appeal.” Exterior deck space has been specified as a priority in the design, and has been pared with an open plan layout throughout the general arrangement. 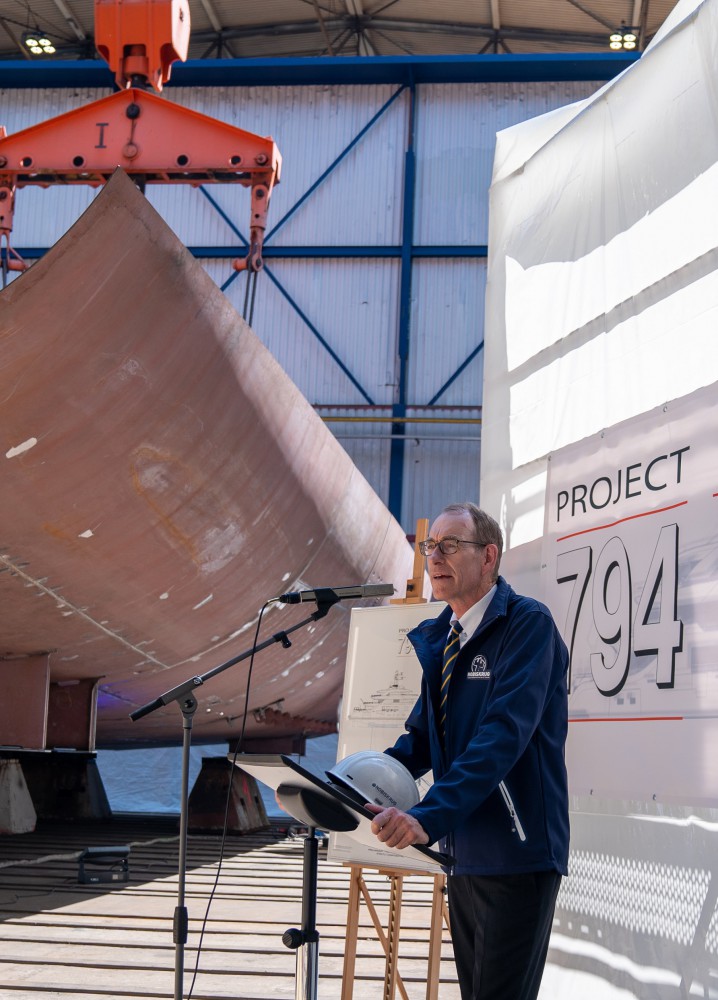 “Project 794 marks the third yacht to date that we at Imperial have collaborated on with Nobiskrug,” says Evgeniy Kochman, the director of Imperial, which acted as broker, owner representatives, and construction supervisor for the build.

“As always, the success of the build so far pays testimony to the great working relationship that we have always been privileged to enjoy with the yard over the years,” continues Kochman. “Combined with the vision of Espen Øino International, and underpinned by our experience in the construction of luxury superyachts, we are thrilled to form part of the excellent team that will soon deliver another incredible Nobiskrug superyacht.” 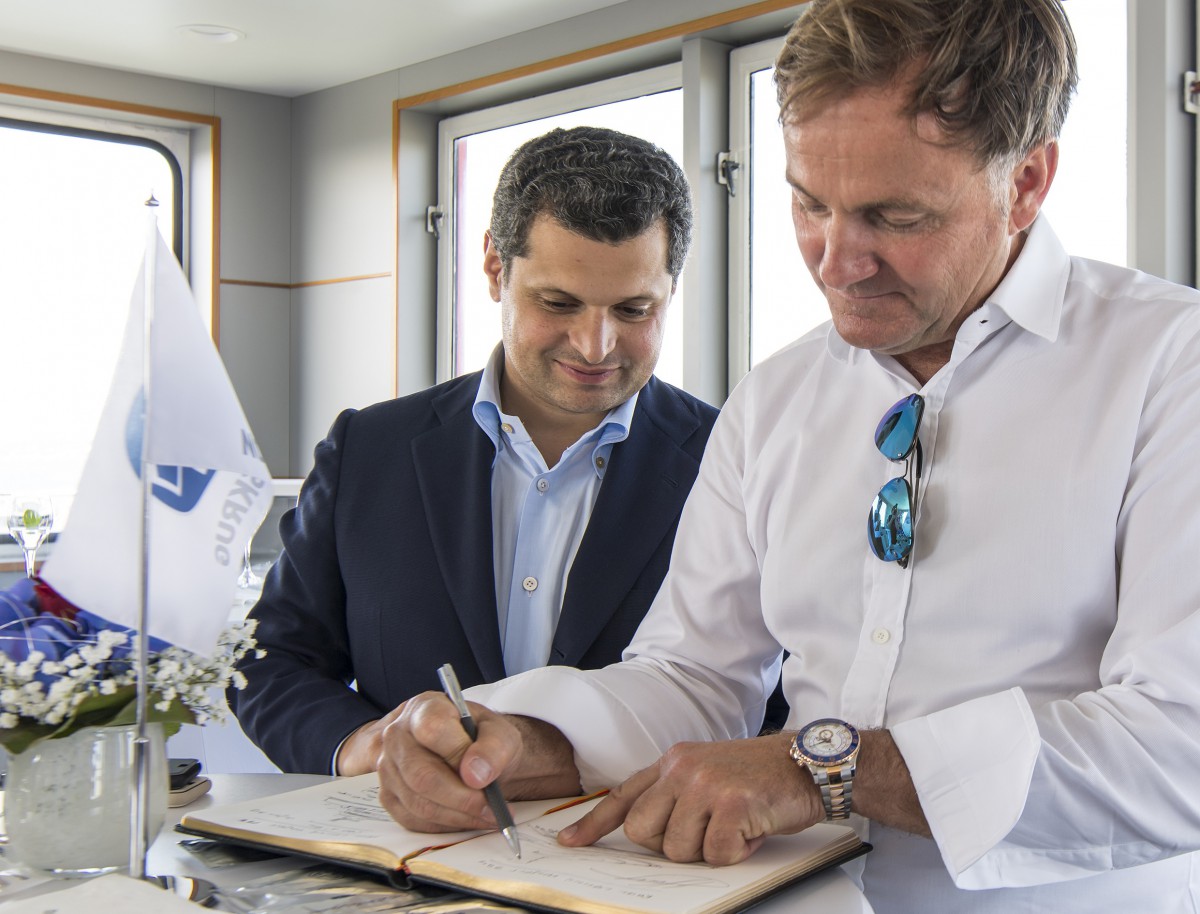 According to the shipyard, the 62m superyacht will include a wellness area, a tender garage for two tenders, a rescue boat, water toys and a 7m glass-walled swimming pool.

"Project 794 promises to be another fantastic addition to the Nobiskrug fleet of superyachts. Thanks to the very good ongoing relationship that we enjoy with Imperial and the expertise of the entire build team."

“Project 794 promises to be another fantastic addition to the Nobiskrug fleet of superyachts,” says Holger Kahl, Managing Director at Nobiskrug. “Thanks to the very good ongoing relationship that we enjoy with Imperial and the expertise of the entire build team, the yacht remains on track for its highly anticipated delivery.”

Now having delivered a total of 10 superyachts over 30m since it began building superyachts in 2000, Nobiskrug now has three superyachts under construction, including 80m Artefact, which is scheduled for delivery this year.

According to the Superyacht Agency, there are currently 54 projects under construction in Germany, 44 per cent of which are over 60m.