The keel laying ceremony took place in Kiel, during which the build team discussed the project… 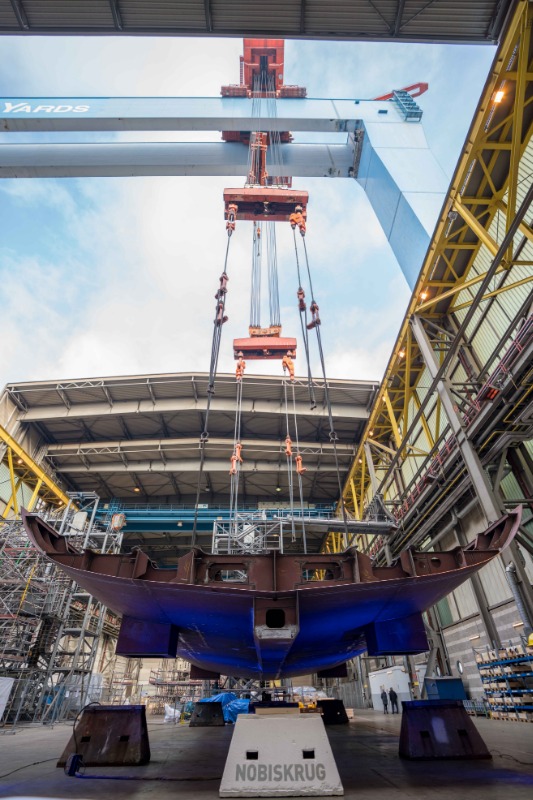 On 20 February, 2019, Nobiskrug hosted the keel laying ceremony for the 77m M/Y Black Shark at its keel laying facility in Kiel, which is on track to meet its scheduled delivery in the spring of 2021. Imperial acted as broker for the sale of the project and continues as owner’s representative and construction supervisor throughout the build. This is the Imperial's second collaboration with Nobiskrug on a 70m-plus project.

Black Shark has a striking exterior penned by Winch Design. Painted black, with an imposing reverse bow and lines emulating a shark, the yacht will certainly have marina appeal. The shark theme will continue on the interiors, which have been created by Sinot Yacht Architecture & Design. 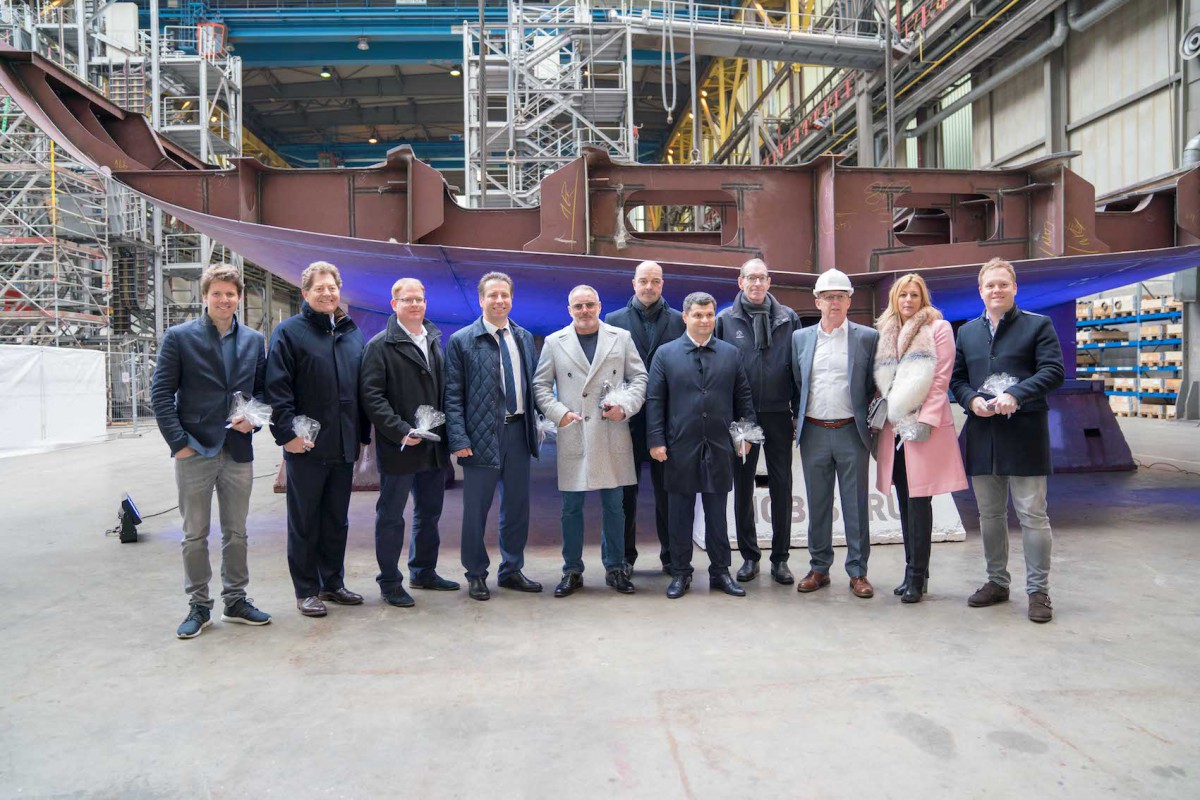 Speaking exclusively to SuperyachtNews, Andrew Winch reveals that the initial design was never intended to emulate a shark. “We initially wanted to create a design with pure lines that appeared to be low volume on the interior and high volume on the interior,” explains Winch. “It was the client that then saw the shark within the design and added the customisation of the mast to look like a shark fin.”

Features of the interior layout include eight guest cabins, a main deck that will atypically be used as a formal business area and a more family-orientated area in the sky lounge. Black Shark will also feature two tenders, a spacious on-deck whirlpool, three decks and a luxurious beach club and spa area. She is being built under the new IMO Tier 3 regulations and Red Ensign Group Yacht Code Part A.

The Sinot team has created a unique but sophisticated interior concept. “We have microscopically looked at the texture and effect of shark skin and closely studied the way a shark moves through water, which will be reflected on a subliminal level in challenging materials and interesting features on the interior,” explains Zlatko Imamovic, yacht designer at Sinot. 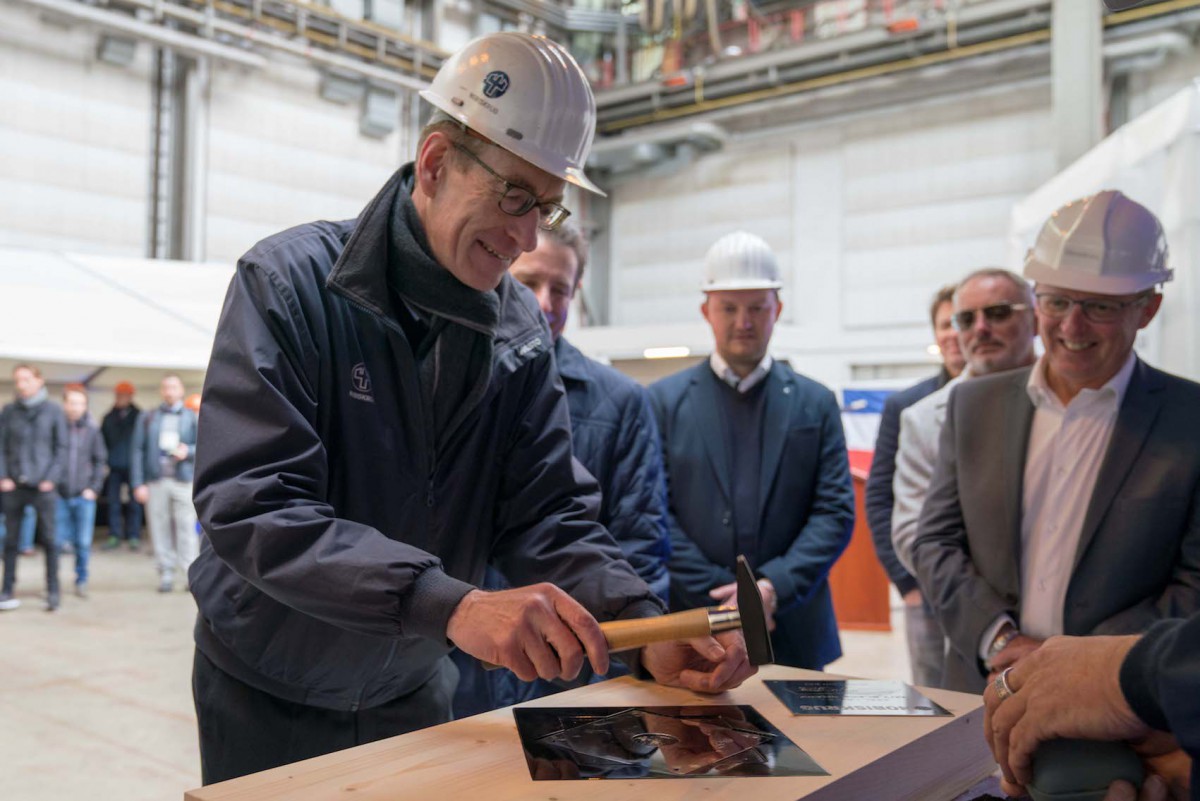 For Nobiskrug, the keel laying ceremony marks an important milestone within a yacht’s build journey. In addition to the actual placing and securing of the keel laying section, the ceremony features a traditional coin insertion, which sees the owner place a special coin under the keel. As well as being a symbolic start to the hull assembly, it is also a mark of good luck for when sailing the oceans, and is therefore retrieved and returned to the owner once the yacht nears completion.

During the ceremony, Nobiskrug' Managing Director Holger Kahl shared the yard’s excitement to realise the project in collaboration with two renowned teams of designers and an experienced management company. “With that in mind, we have decided to open our doors and give exclusive behind-the-scenes access,” he announced. “The build process is often cloaked in darkness and secrecy, so on this occasion, we are enormously happy to be able to share our innovations and processes.”

Look out for a more in-depth report of Project Black Shark in an upcoming issue of The Superyacht Report, to be published later this year.