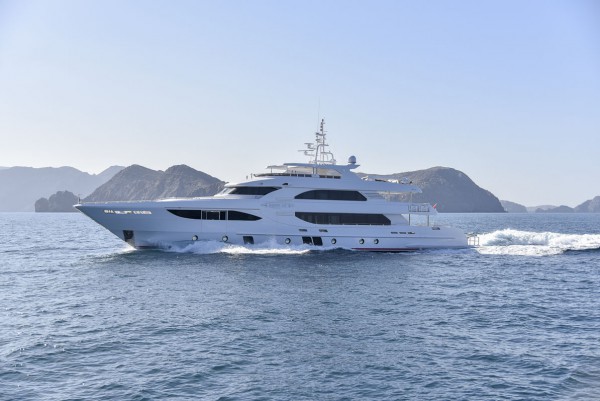 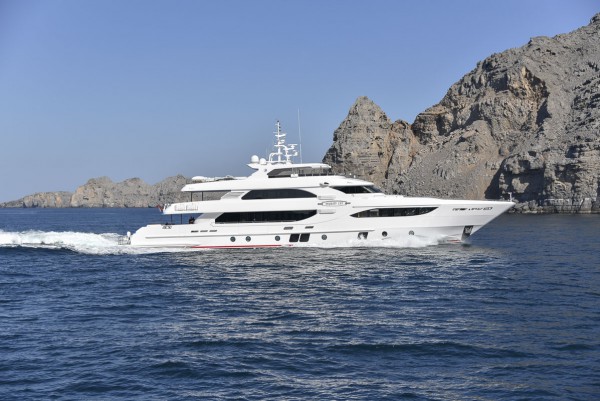 In the midst of the Dubai International Boat Show (DIBS), Gulf Craft has announced that a new order for the Majesty 135 has been placed at the event.

The sale was officially made on the first day of the show, where the shipyard is celebrating its 35th anniversary.

Having already built and sold six of the Majesty 135 yachts, since its introduction to the market in 2013, the model is proving to be a successful addition to the extensive Majesty range. Now with 13 different models in the Majesty range, it’s safe to say that Gulf Craft have touched on all the essential aspects of a semi-custom yacht less than 50m.

But in response to the changes of UHNWI trends, in 2016 Gulf Craft’s CEO, Erwin Bamps announced that the shipyard will soon enter the 50m+ market. Furthermore, the shipyard plans to explore bespoke options that will attract more ambitious clients.

At 43m, the Majesty 135 can accommodate up to 16 guests with a crew of 10. The model has also proved particularly popular for a series of awards across the globe.

Having been designed by the in-house design team at Gulf Craft, with customisations to be made by the new owner of the project, little is known about the interior styling of the yacht, apart from the fact it will feature a Jacuzzi, and a multitude of tenders and toys.

According to The Superyacht Annual Report: New Build, Gulf Craft has jumped up in the top 40 rankings by two places - to eighth position, which is the largest increase of all the yards in the top 10. With an order book of 14 yachts, Gulf Craft now accounts for more than 85 per cent of all orders in the Middle East.