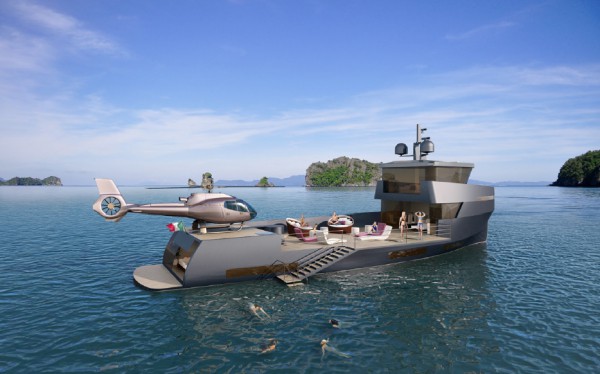 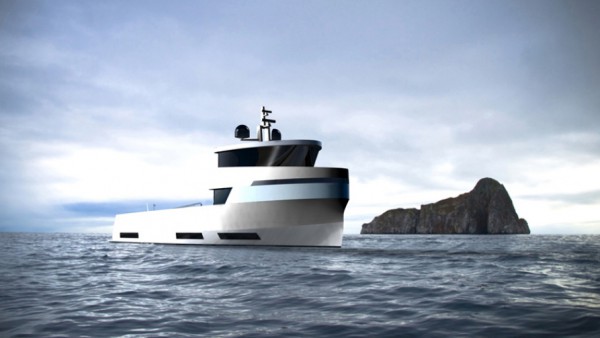 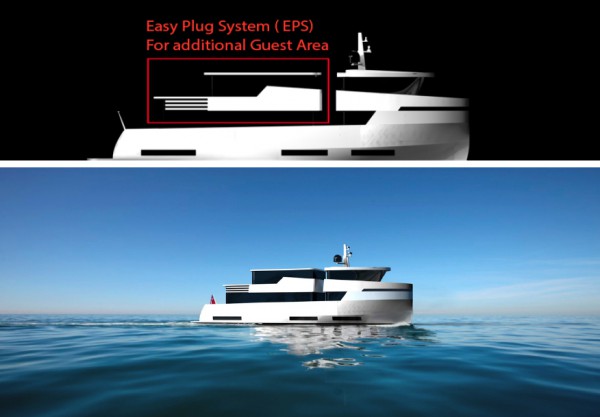 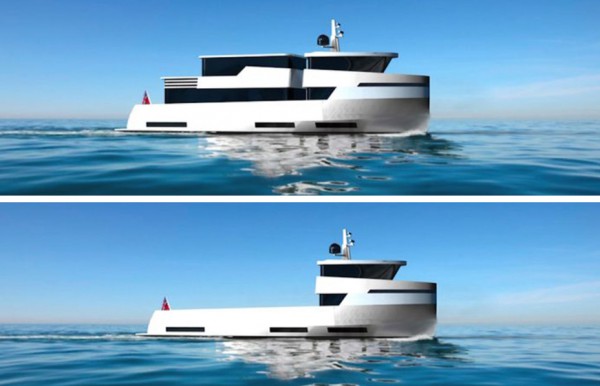 The Naucrates 85 is part of the new Ductor Series by Cheyenne Yachts with design by Green Yachts in Genoa, Italy. The unusual name is derived from Nucrates Ductor, the Latin for the pilot fish, which escorts other fish such as sharks and rays, to reflect its vocation as a shadow vessel for larger yachts.

The open main deck aft and storage space in the hull allows the 25.85m Naucrates 85 to carry extra provisions, spare parts, crew, various tenders and toys including a submarine, car and helicopter.  An unusual aspect of the design is that the accommodation space can be extended with an Easy Plug System (ESP) consisting of modular units that can be attached to the structure using a system similar to that of commercial ships to secure containers.

“The original idea started as a project for a client who was looking for a sturdy shadow vessel, but he eventually pulled out,” says Mattia Massola, principal of Green Yachts. “But we now have another interested client who wants to use it as a yacht in its own right, and we’re adjusting the layout to suits his needs. He wants to land a two-man Robinson helicopter on the aft deck and then use the space to carry a 38-foot RIB. The original layout provides for two double cabins and one master aft with panoramic views, but the new client prefers the owner’s suite on the main deck.”

The Naucrates 85 would be built in collaboration with Cheyenne Yacht. Relatively unknown today, the yard was founded in 1973 and was famous in the past for its series of fast aluminium motoryachts under the Cheyenne label. Based near landlocked Modena, home to automotive brands such as Ferrari and Lamborghini, it is likely the new yacht would be built at a yard near to Genoa under the direction of Cheyenne.

Preliminary specifications for the all-aluminium vessel (it could also be built of steel and aluminium) include twin 800hp CAT engines for a top light displacement speed of 14 knots and a cruising speed of 12 knots.