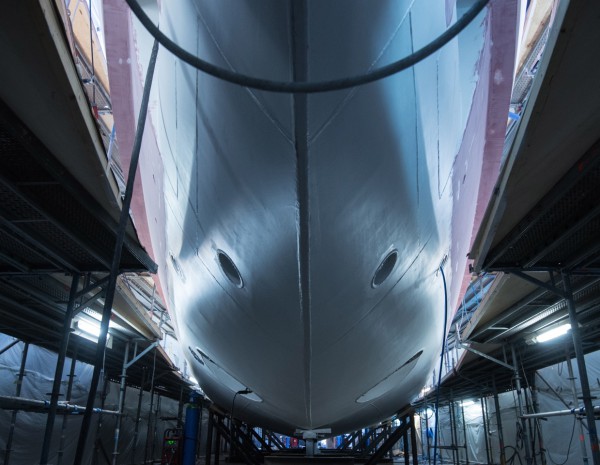 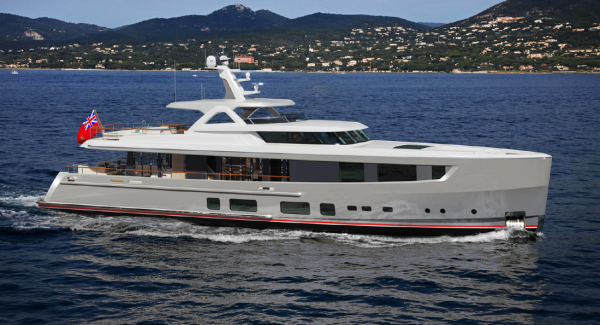 Mulder Shipyard has confirmed that a second 36m superyacht, known simply as the Mulder Thirtysix, is now under construction on spec at the Dutch facilities. With delivery scheduled for 2018, the second Thirtysix, under the project name ‘All You Want’, takes inspiration from M/Y Solis, delivered in 2015 having also been designed by English design studio Claydon Reeves.

With a focus on economic operation, the Mulder Thirtysix has been designed with the patented Fast Displacement Hull (FDHF), created by Van Oossanen & Associates, which was first introduced to the market in 2009. The FDHF allows the hull to remain efficient across the entire speed range, not only in a restricted speed interval around the maximum speed. As a result, the Thirtysix is able to reach a cruising speed of 15 knots and a maximum speed of 17 knots.

All You Want contains a transverse garage with the capacity for a 6.25m tender, two jet skis, kayaks, Seabobs and diving gear, all of which can be accessed via the side opening hatch and the generous open stern beach club platform.

With five cabins on board, the custom interior design of the yacht has the capacity to accommodate 10 guests. Furthermore, the 36m superyacht has a full beam owners section forward, which allows access to a private seating area, which maximises the use of the hull and exterior areas forward.

The 36m superyacht certainly has a modern air about her, with squared off angles and a particularly tall plumb bow which continues right the way down to the aft. From the renderings it’s clear that there is ample exterior space aft, including the large beach club and swim platform. The yacht certainly fits with the times in terms of style and has a very nice open feel to it, thanks to the full-length windows in the first half of the main saloon.

At this stage in the construction process, the owner will be able to customise the interior styling, specify a range of finishes and alter the guest cabin configuration.

Built in aluminium, with a comprehensive specification as standard, in accordance with the Large Yacht Code (LY3), the Mulder Thirtysix is Maritime and Coastguard Agency (MCA)-compliant, which allows future charter use.

Hull number one of the Mulder Thirtysix is scheduled for delivery in summer 2017 having been sold to a colleague of an existing Mulder owner, who is said to have been particularly impressed by M/Y Solis.