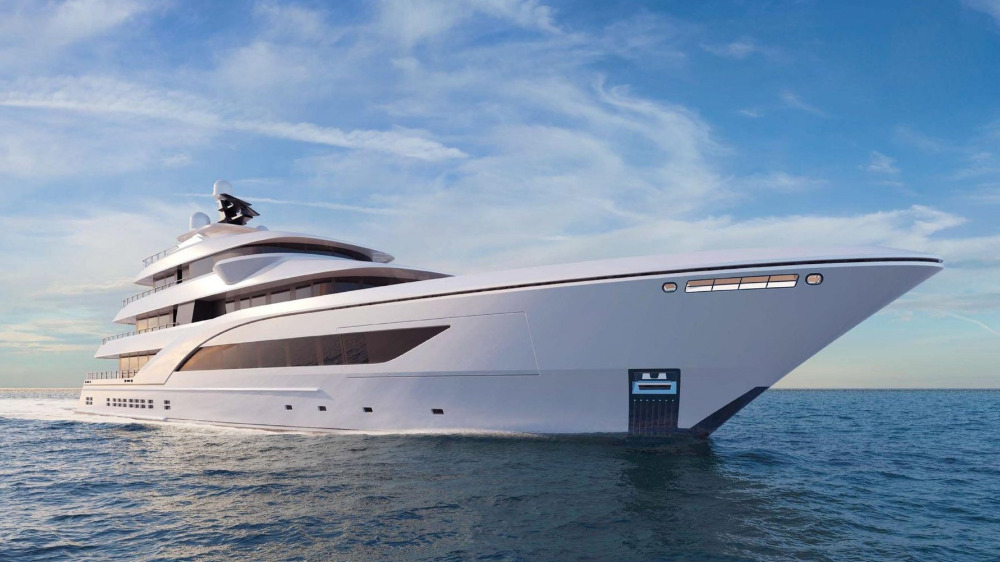 Florida-based brokerage house, Moran Yacht & Ship has announced that a new 61m Hakvoort superyacht project has been sold. Currently named ‘Project S-Class’, the new yacht has been penned by renowned Dutch design studio, Sinot Yacht Architecture & Design, and judging by the initial renderings, the studio has created a sleek and modern exterior for the Dutch shipyard.

Built under the supervision of Moran Yacht & Ship, the new 61m project also marks the sixth large superyacht new-build project signed by the brokerage firm in a two-year period. The announcement also reaffirms the brokerage house’s strong position with its full-service proposition, at the upper end of the market.

With a fleet of 25 superyachts, Hakvoort has contributed 3.6 per cent of the entire Dutch superyacht fleet, with a cumulative LOA of 1054.1m delivered. In the last 10 years, Hakvoort has delivered a total of seven yachts, with an average length of 47.9m.

This also isn’t the first time that Sinot Yacht Architecture & Design has worked with Hakvoort, as the two collaborated on 61m M/Y Just J’s, which was delivered in 2016 and, at the time, was the largest yacht that the shipyard has delivered to date.

According to The Superyacht Annual Report: Brokerage, published in 2018, Moran Yacht & Ship has made a considerable contribution to the entire brokerage market, having successfully sold more than 9.9 per cent of total market value in 2017, based on our sample size of over 1000 recorded superyacht sales when the report was published.

Hakvoort currently has three yachts under construction, including the recently sold Project S-Class, bringing its cumulative order book to 167.2m.

YATCO: taking back control of the online yacht marketplace

A steady path to ownership