Each year, designers and shipyards release brave new concepts in time for the Monaco Yacht Show. Here are a couple that caught our eye…… 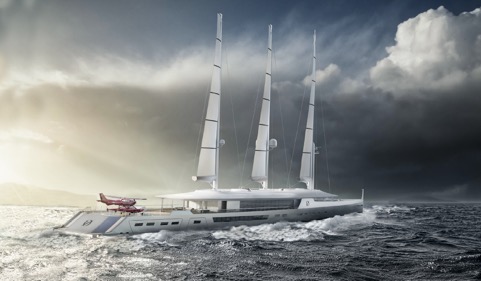 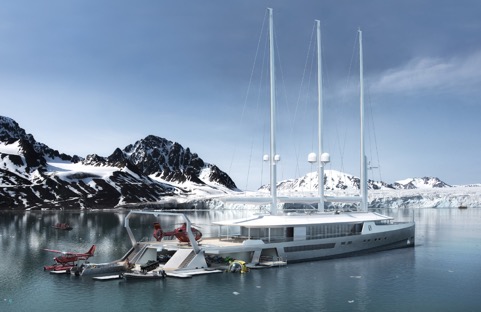 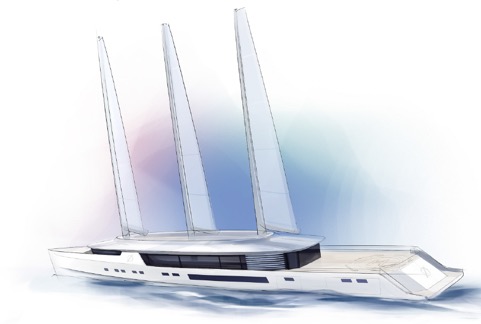 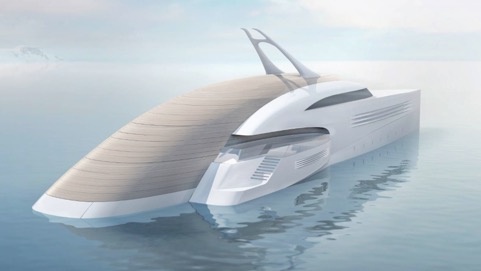 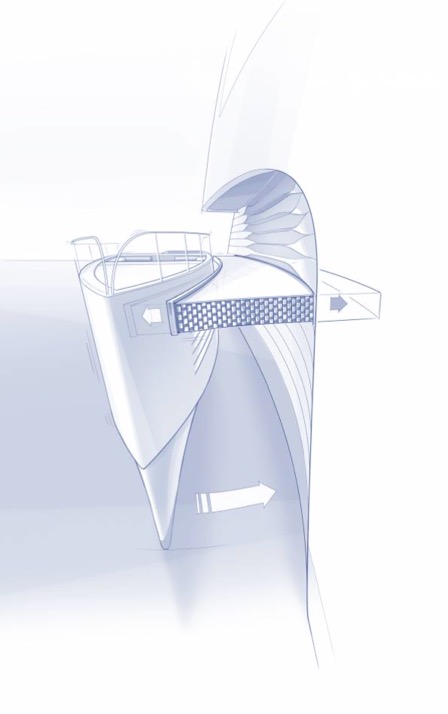 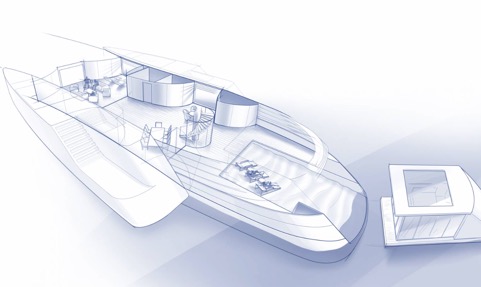 Oliver Stacey is a young but experienced designer who developed his skills working alongside Martin Francis. In Monaco he presented his Norse concept, an 80m sail-assisted vessel that offers a new perspective on the classic explorer superyacht. The striking concept was inspired by Viking longboats and has been developed in conjunction with BMT Nigel Gee.

“Despite appearances, Norse is a hybrid diesel-electric motoryacht that uses the wind as a secondary source of power,” says Stacey. “Sail-assist is a readily available technology that in the right conditions can save on fuel consumption by 20 per cent or more.”

Norse is designed for the widest possible spectrum of climates, but with a focus on remote destinations and higher latitudes. To this end, it would be built to Ice Class 1D and Polar Class cat. C compliance. Other features include a shallow draft, Dynamic Positioning for increased manoeuvrability in restricted areas, and zero discharge capability for operation in environmentally sensitive locations.

Breaking with convention, Stacey foresees that only the superstructure would be fully faired and painted—the aluminium hull would be un-filled and un-painted. An A-frame crane in the stern would be able to launch and retrieve a float plane to extend the range of exploration.

The vessel’s simple, low-aspect sail plan features three identical wing masts and in-boom furling mainsails. This configuration maximises reliability and flexibility, while requiring minimum manpower for deployment, operation and recovery. The sail-assist mode would be applied for the majority of the vessel’s passage making to reduce fuel consumption and also reduce the vessel’s motion while underway.

“One of the original themes that we wanted to address was eco-sensitivity,” says naval architect James Roy of BMT Nigel Gee. “When we actually sat down and thought how we could achieve that, you can’t get away from the fact that using the wind was the obvious solution. But we didn’t want to design sailing yacht: in a way, this is the ultimate hybrid.”

Feadship released its first Future Concept in 2006. Since then, some of the examples of blue-sky thinking epitomised by the X-Stream and Breathe concepts have come to life with real projects such as Savannah. Having skipped last year, the Dutch builder was back with a brand new 74.5m Future Concept called Choice, named for its ability to mutate while underway like the robots in the movie Transformers (or for more mature readers, the cult 1960s TV series Thunderbirds).

“The theme is flexibility, which we believe will become increasingly important in the future,” explains Ronno Schouten, Feadship design manager. “Owners want to be able to choose how they use their yacht and to optimise their time on board.”

The transformative concept finds expression in a number of radical solutions, from a stabilised pool and sandy beach to the electric propulsion package and louvered mechanism made of programmable materials that can be opened and closed via an electrical current. There is even a two-man drone on board.

But the most intriguing innovation are the two 25m autonomous tenders attached to either side of the mothership. Their Voith linear jets provide the main source of propulsion and can disconnect from the hull as mini-Feadships in their own right. Capable of speeds of up to 25 knots, they can access places the mothership cannot and offer considerable onboard comfort with two double suites and a lounge.

Flexibility was also the motive driving the deployable beach club in the stern. This amphibious apartment can detach from the mothership and navigate to the nearest bay or inlet under its own electrical propulsion. Once anchored, the ‘transom’ of the floating bungalow transforms into a beach club—complete with real sand.