We examine the recent activity of the 60m-plus brokerage market, which may pique the interest of buyers at MYS… 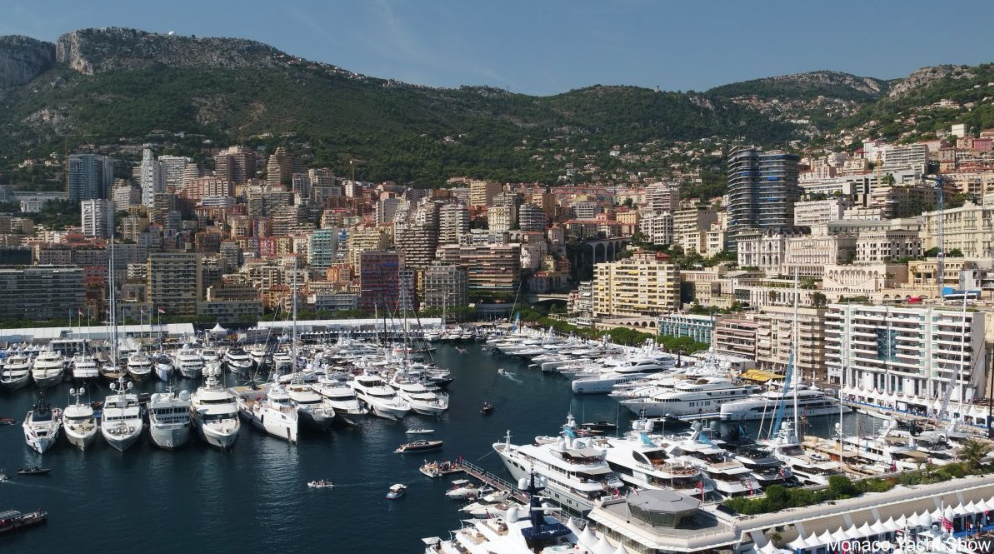 Despite the entry of some new, more exclusive boat shows, which are gung-ho on breaking up the traditional show season calendar, The Monaco Yacht Show (MYS) epitomises the glitz and glamour of the luxury yachting industry and is the perfect start gun for the spree of large international shows.

There have certainly been some murmurings in recent years from the larger brokerages, which have sizeable fleets in the show, about whether the brokerage element of the MYS has lost its touch in recent years. Is there quality traffic nestled within the swathe of touring brigades or is the B2B element of the show negating the client-centric focus that it used to deliver?

The show’s new layout for this year seeks to rectify these doubts. Quai des Etats-Uni, for example, which formerly comprised an assortment of yachting-related companies, will now be dedicated to superyacht builders, design studios, and brokerage houses, which will be in front of the superyachts they have on display for sale and charter. There are also other layout adjustments (shown here) that should better segregate those with conflicting agendas.

The fleet on display at the show this year show alone proves that brokers still see MYS as a revered show with serious clout. One thing that excites me is that, for the first time in a number of years, there is some serious quality in the 60m-plus sector.

Over the past few years, the 60m-plus market has gone from having inventory – albeit of predominately overpriced yachts – but no buyers, to having buyers but no inventory. According to a number of brokers I’ve spoken to this year, it would seem that the buyers are back and, in the last few months, the options are too, so I’m optimistic for this sector of the market moving into show season.

Burgess, in particular, has done well to attract some high-value CAs in the past few months: 88.5m Barbara, jointly for sale with Fraser, came onto the market around the time Fraser sold the owner's other vessel, Anastasia, in August; 85m Areti (anchor), also for sale with Fraser, and 74m Cloud 9 were much-admired at last year’s show and return this year for sale; the extremely experienced owner of the immaculate 60m Excellence V is expecting delivery of his new vessel, a 79.9m Abeking & Rasmussen, in the Spring of 2019, so Excellence V has been for sale since April this year.

Y.CO is bringing Illusion Plus to the show, which is fresh from her maiden sale over from China. After a stop-and-start eight-year construction at Pride Mega Yachts, it’s our first glimpse at Asian quality in the higher size-ranges. The asking price of $145 million looks daunting, but a breakdown to €35,000/gross ton shows that she’s competing with some well-used boats on price-point. Whether she compares with her counterparts on quality, however, remains a key question.

The 70.1m Lürssen, Saint Nicholas, for sale with Fraser and Merle Wood & Associates, has just had an €8.3 million (15.1 per cent) reduction to €46.7 million, which may also spur some interest for buyers. In October last year, she was priced at €65 million, so her asking price has dropped by nearly 30 per cent over the course of the last year. Saint Nicholas is one of a three-yacht Lürssen fleet built for the same owner at the same time – the other two were 70.8m Titania and 70.2m Martha Ann, which have a similar volumetric build.

All in all, I think the MYS has served up a fantastic fleet of top-quality brokerage boats in all size-ranges. And with new builds aplenty from top builders, the show is certainly set to retain its position as a leading superyacht showcase in the calendar and a must-attend for any serious buyer.

The Superyacht Intelligence Agency recently published The Superyacht Annual Report: Brokerage – the most discerning and veracious study of brokerage market activity. The report is now available for download to ‘Business Package’ subscribers or available for a standalone purchase here.