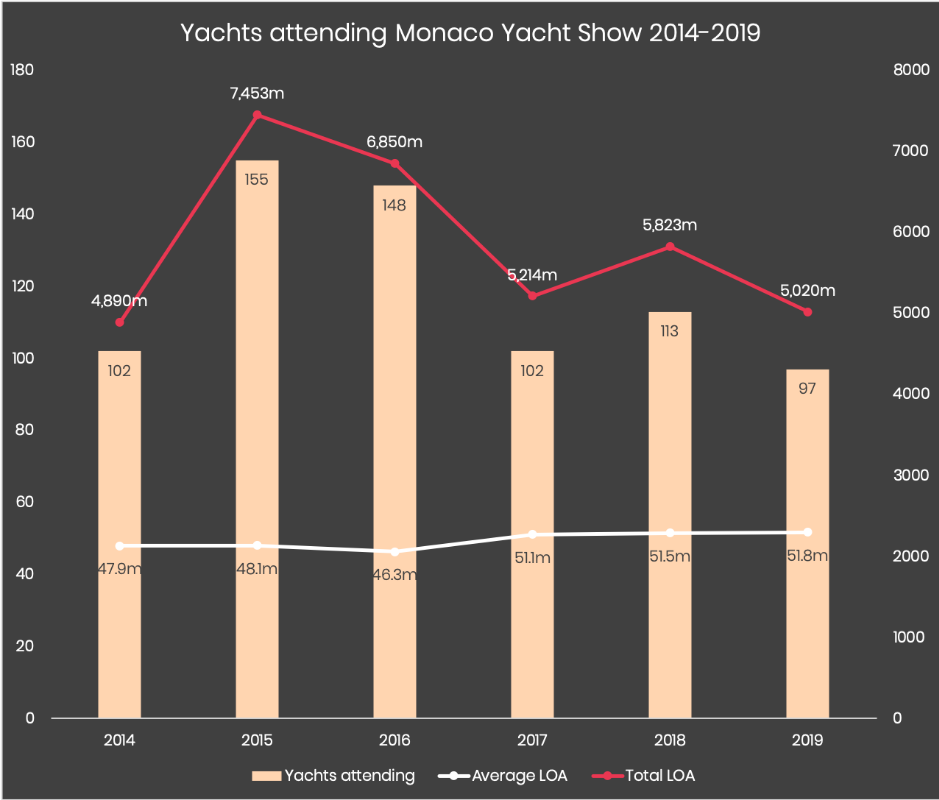 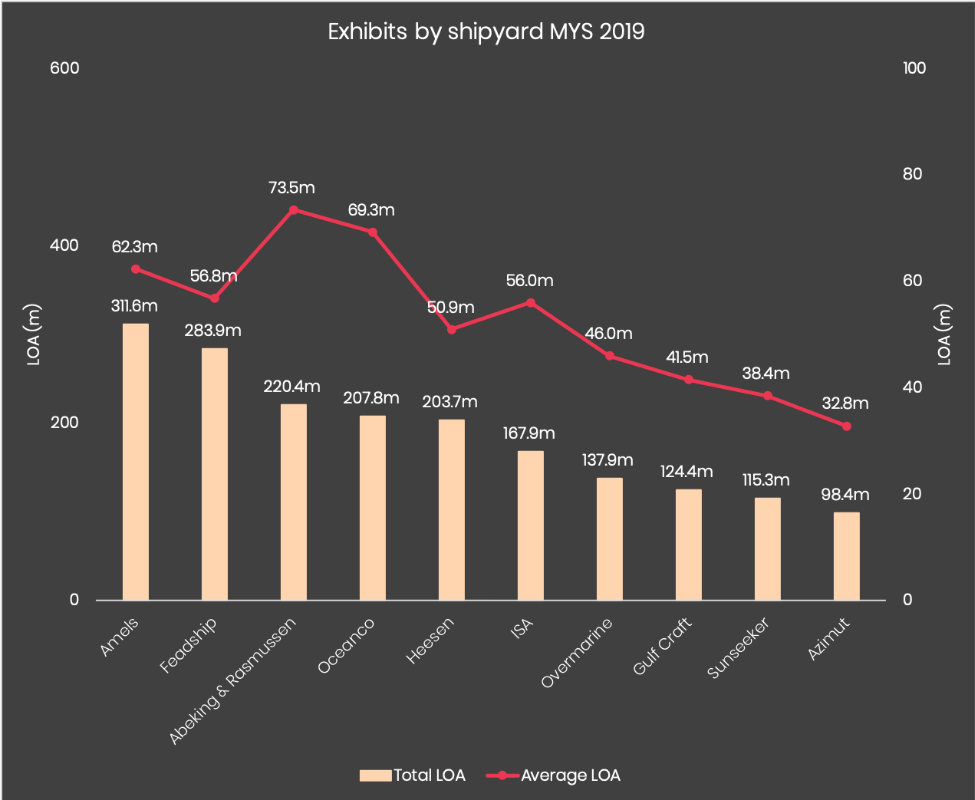 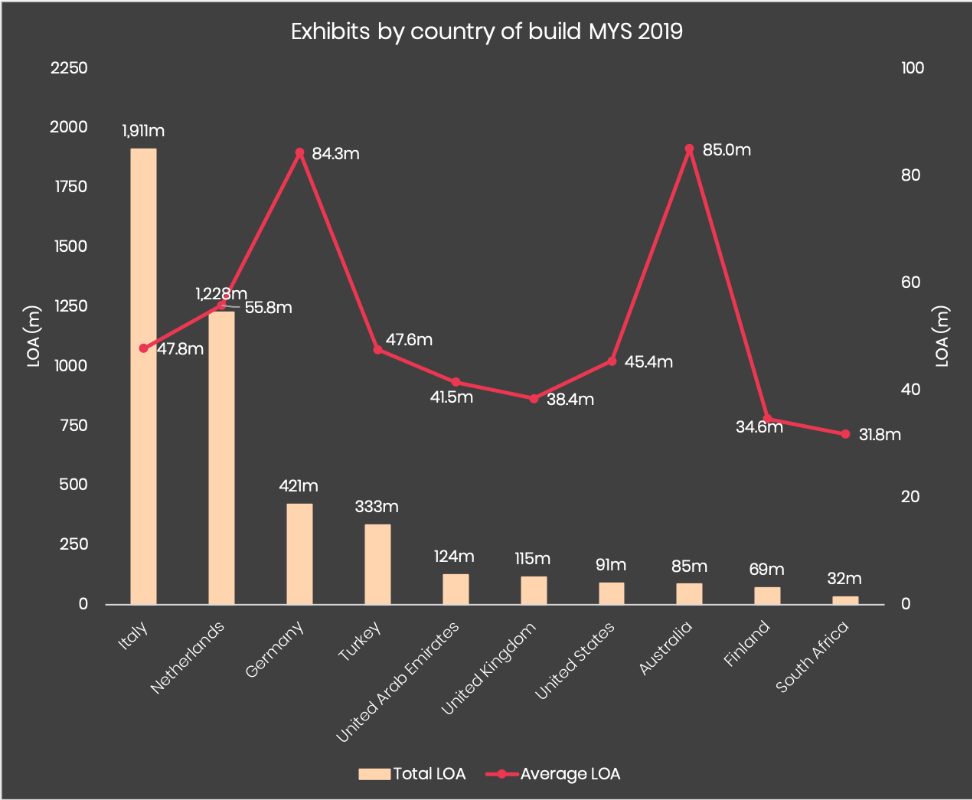 This year marks the 29th edition of the Monaco Yacht Show, and the event looks on course to maintain its status as the superyacht industry’s premier gathering, based on data provided by The Superyacht Agency’s Intelligence division.

At the time of publication, 85 vessels are confirmed, with a further 12 slots reserved, taking the overall figure to 97 superyachts of 30m and above. This figure is almost certain to rise, as the show nears, and this is likely to bring the number of exhibiting superyachts nearer in line with the average of 119.5 (since 2014), by the time the show opens on 25th September.

While the show is unlikely to deliver on the highs of 2015 and 2016, the cumulative value of the superyachts on show will surpass that of last year, as well as the five-year average. The 85 confirmed vessels already have a cumulative value of €3.5 billion, with the values yet to be assigned to the 12 unidentified vessels. This compares to last year’s final total of €4.1 billion, and the five year average of €4.2 billion.

This year’s event also offers empirical proof to the industry adage that ‘yachts are getting bigger’. Both the average LOA and average GT of this year’s exhibiting vessels will be the highest of the last six years, at 51.8m and 818GT respectively. This is also 22.8 per cent longer than the current global fleet LOA average, and a massive 61.8 per cent larger than the current global fleet GT average.

Italian and Dutch builders dominate the docks this year. There are 40 Italian-built boats at this year’s show, which is almost as many as the total of every other country represented this year. The Netherlands has 22, which is three times more than the number of Turkish-built vessels. Unsurprisingly, it’s German-built vessels that are largest, with an average LOA of 84.3m between five vessels.

And when it comes to individual builders, Amels and Feadship lead the way, with five exhibits apiece, at an average LOA of 62.3m and 56.8m respectively. Abeking & Rasmussen has three yachts on display, at a massive average LOA of 73.5m, 34.6 per cent longer than this year’s show average. It is also interesting to note that the biggest variance in size among the exhibiting builders is Oceanco, whose smallest exhibit is 51.8m, while its largest is 90.0m.