SuperyachtNews.com - Fleet - Made in China and built with Pride

After a lengthy construction, the $145m M/Y Illusion Plus is set to make her maiden voyage to Europe for the MYS… 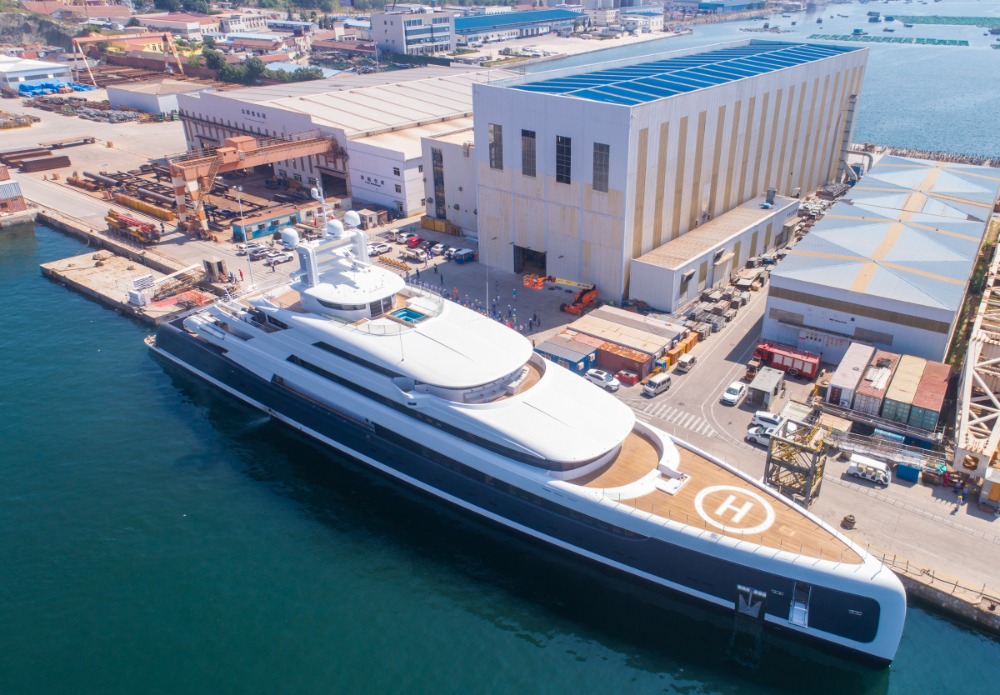 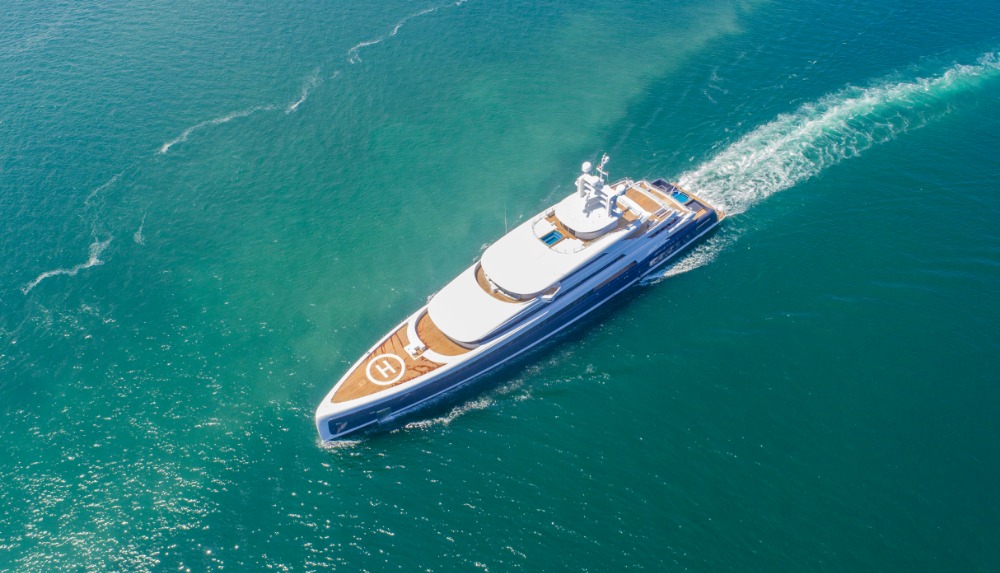 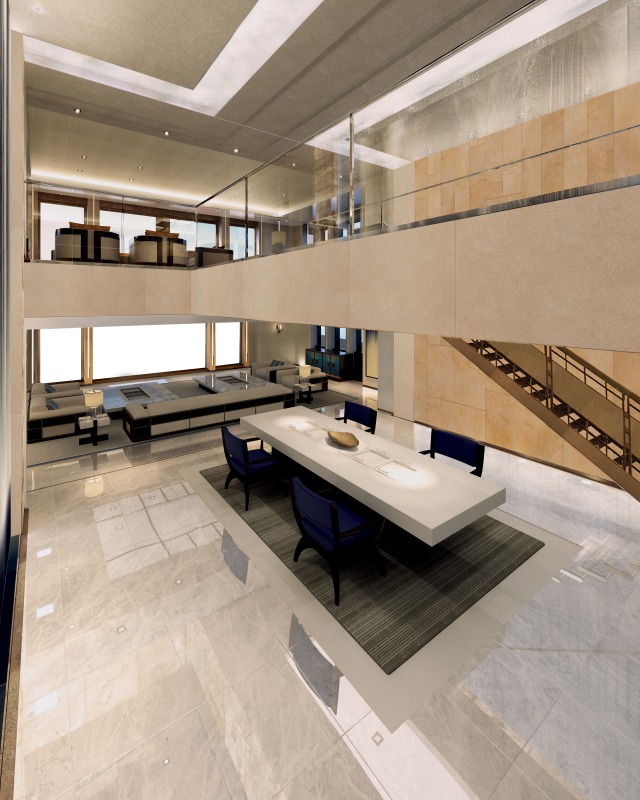 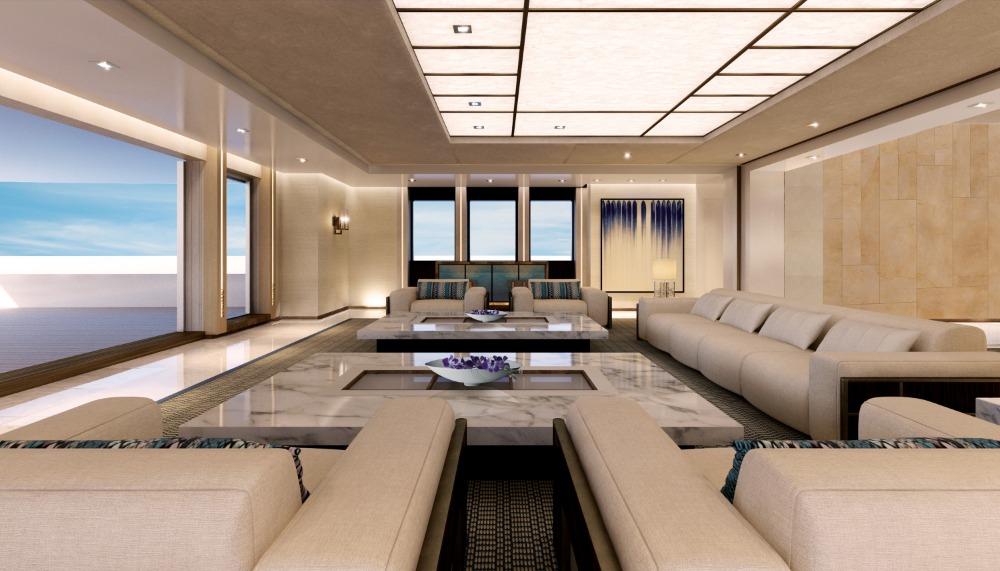 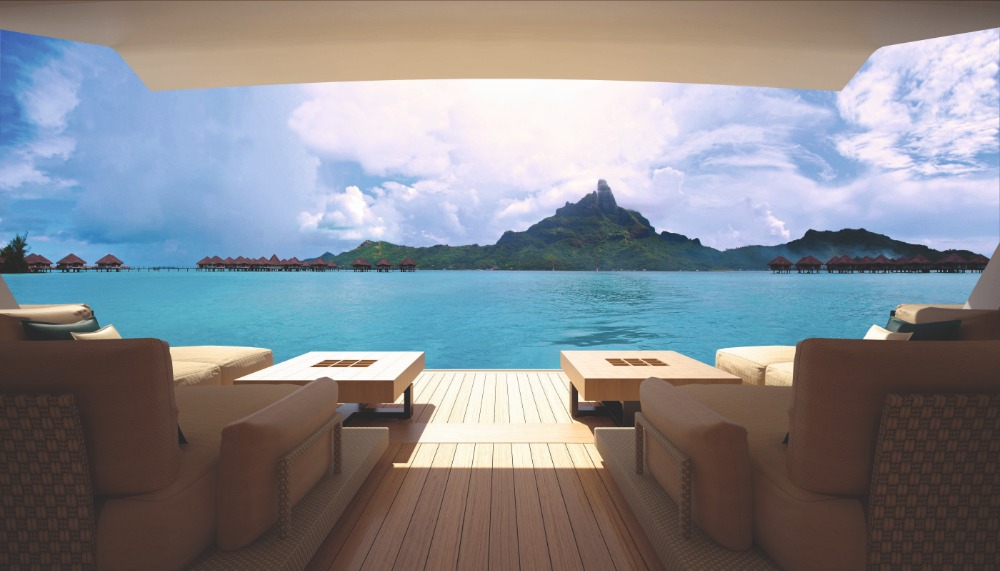 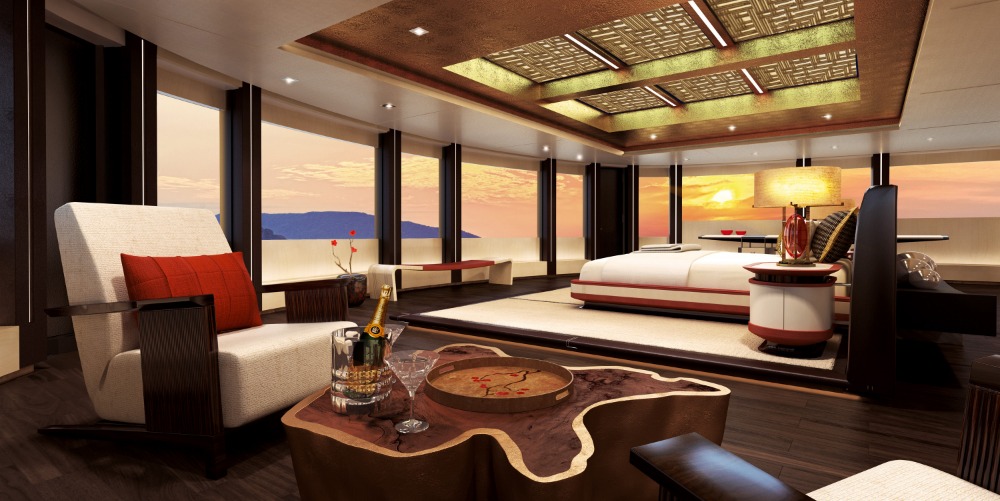 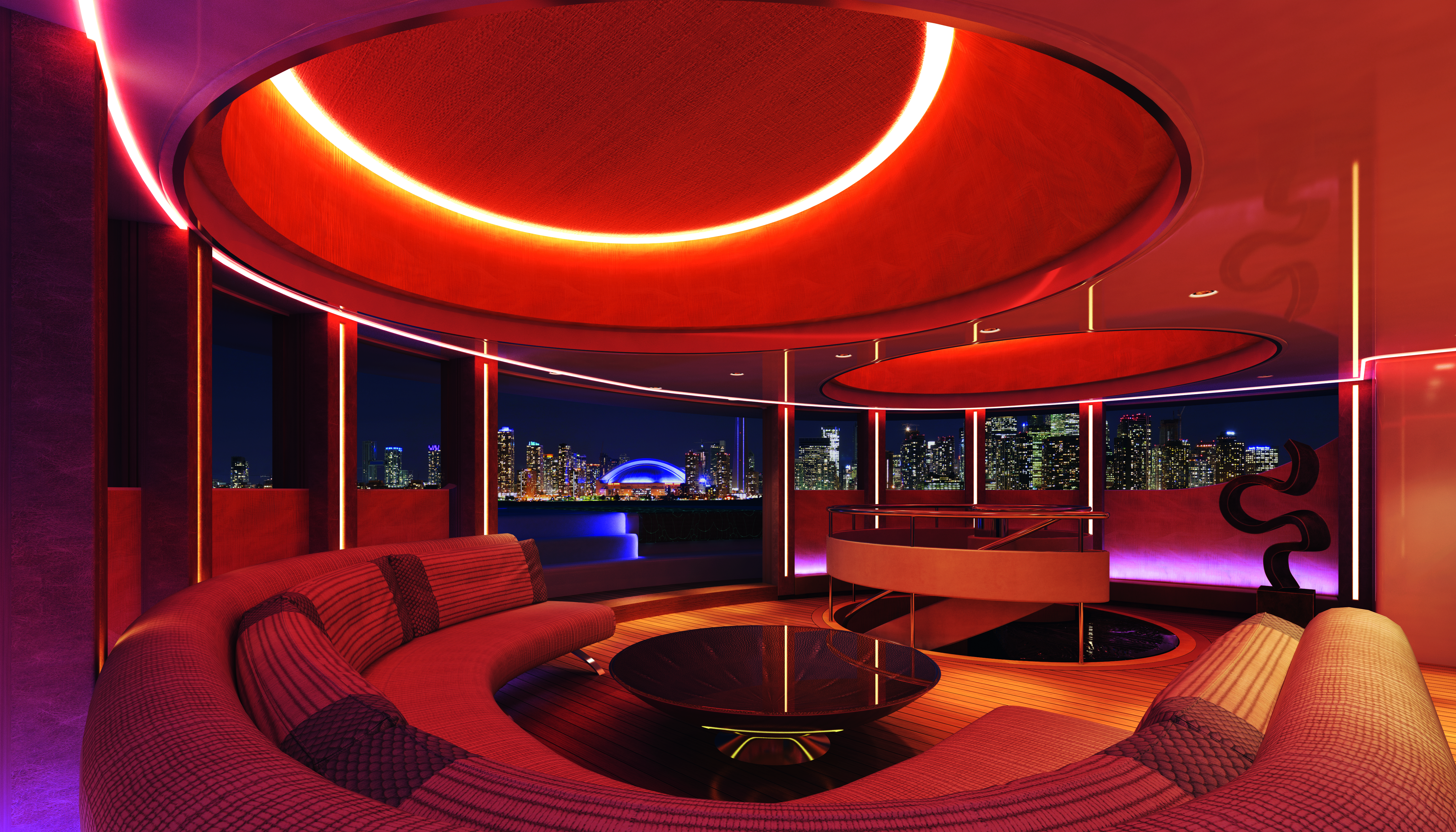 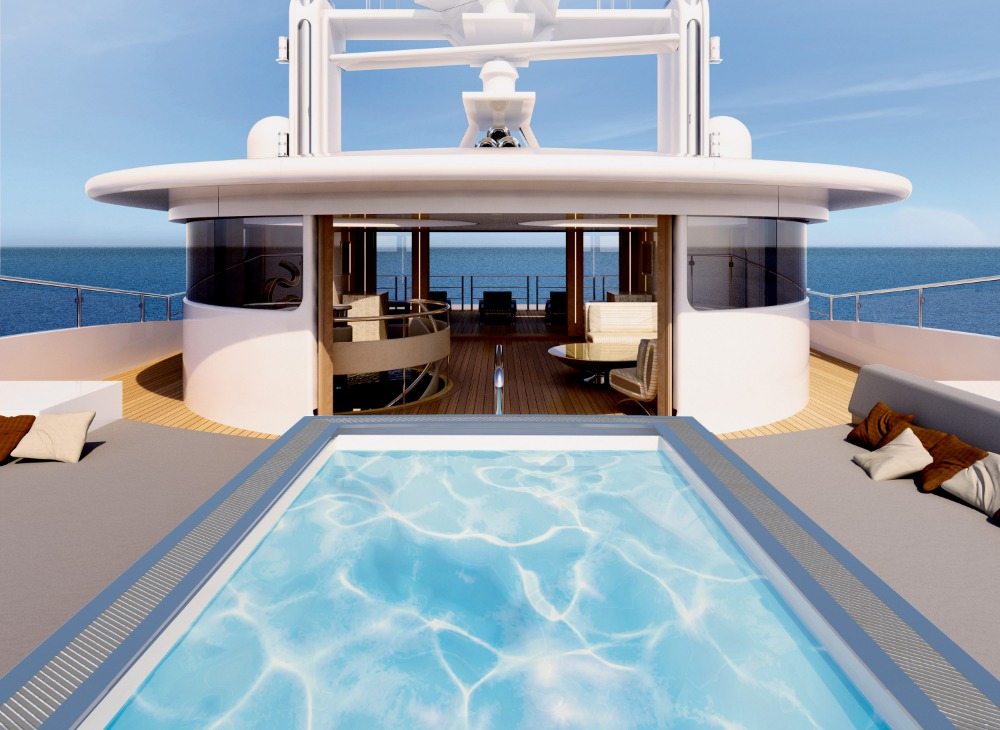 It’s approaching eight years since the keel for an 80m-plus superyacht was laid by CIMC Raffles Yacht Ltd in China’s Yantai Peninsula – a project that was to be built for the owner of the company, despite it being something of a foray into unfamiliar territory for a specialist container ship and oil rig builder.

The rest, as they say, is history – and rather a lot of it. “The owner of the shipyard started building the vessel for himself and then sold it, along with the shipyard, to a new owning entity which decided that it didn’t fall into the bracket of business they were in,” recalls Y.CO sales broker, Max Bulley, in an exclusive conversation with SuperyachtNews.

Consequently, the hull was put on hold and listed for sale in October 2011 while the shipyard pursued other commercial endeavors. However, this soon changed – an internal management reshuffle at the company led to the shipyard kneading its focus back to completing the project.

2013 proved to be a milestone year for the project’s progression – the hull and superstructure were joined; the company completed its rebrand as Pride Mega Yachts to better assert its interest in superyachts; and Jan-Jaap Minnema of Fraser listed the incomplete vessel for sale at $89.5 million.

In August 2014, Fraser completed the sale of the vessel, with bluewater introducing the buyer, although hopes of a cut-and-dry transaction were quickly dashed. In fact, the project ended up back in the shipyard's ownership after some alleged friction between the shipyard and the client. She is, therefore, a ‘spec’ boat, built to an exterior design by Rainsford Saunders Design.

Y.CO was appointed by the shipyard in January 2018 to market the vessel, which was eventually renamed by the shipyard as Illusion Plus, for sale. Now (August 2018), almost exactly four months after her launch, Illusion Plus is ready to set sail and embark on her maiden voyage to Europe for the Monaco Yacht Show in September, however she will remain privately operated to maintain her condition.

The asking price of $145 million for Illusion Plus is difficult to ignore, but as Bulley and I discuss the numbers, he is right to point out that, with a volume of 3,642 gross tons, it equates to €35,000/gross ton, which is competitive. “If you’re looking at a Benetti yacht of about the same size, you’re likely to see asking prices between €42,000–45,000 per gross ton and then any Northern European shipyard is €50,000–60,000 per gross ton – sometimes, they may even be beyond €65,000 per gross ton,” continues Bulley.

As a commercial builder by trade, Bulley says the yard has built the vessel to an excellent technical specification, and has discerningly outsourced to a knowledgeable foreign build team for solutions and advice, rather than trying to reinvent the wheel.

“When you go through all the engineering spaces; the engine room and the pump rooms, it’s well thought out and built to a high standard. It has Heinen & Hopman HVAC and a Rolls-Royce diesel-electric propulsion package, which incorporates a high degree of redundancy and an energy-efficient operation,” he explains.

The interior of the vessel was created by Sinot Yacht Design, although the build team for the interior was based in Dubai. Bulley describes it as “very modern” and “clean”, adding: “It does have some Asian highlights and features but nothing too heavy. It’s a great design for someone to come in and add artwork or change furnishings and just make it your own.”

Understandably, there has reportedly been a lot of interest from Asian clients due to the  prestige of Illusion Plus having been built on home turf. But she remains very much for sale through Y.CO and she will be undoubtedly worth a visit when she makes her debut at the Monaco Yacht Show in September.