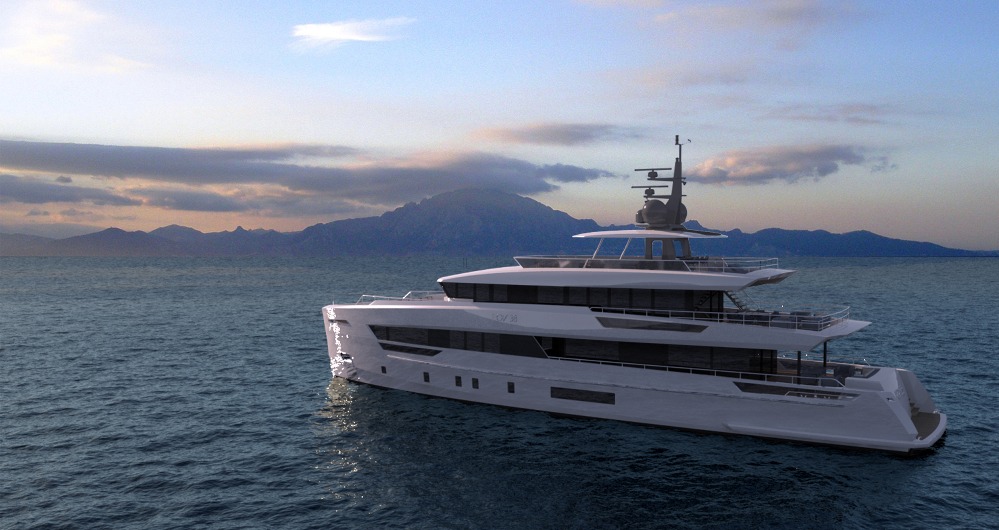 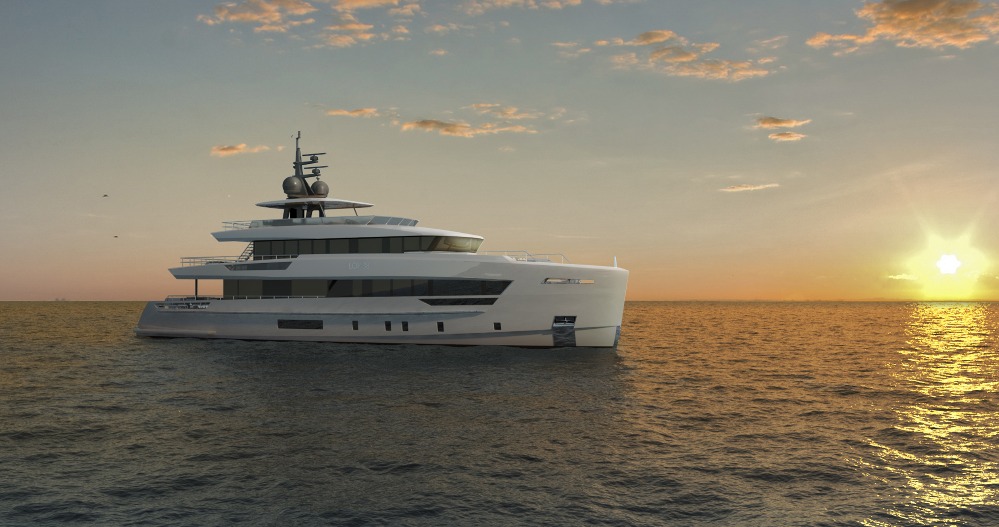 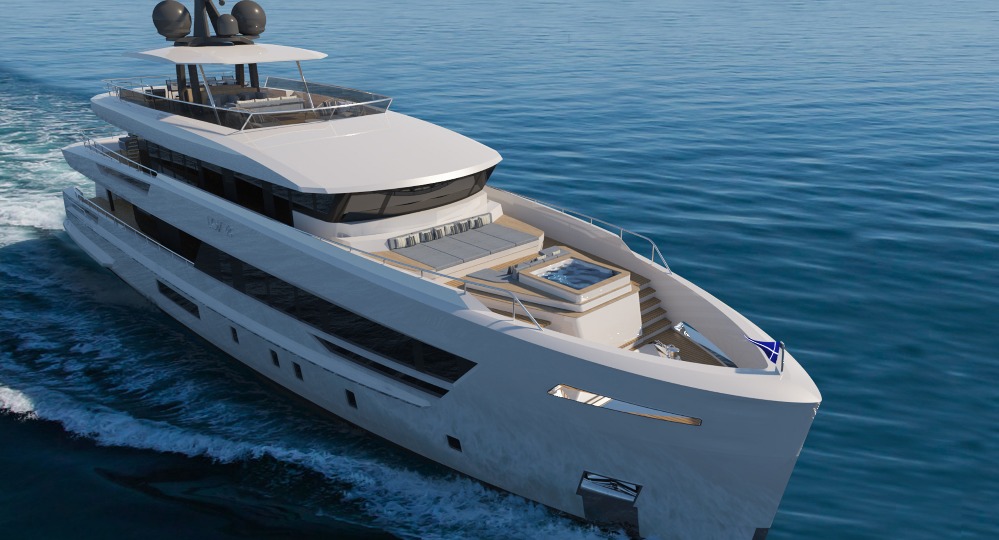 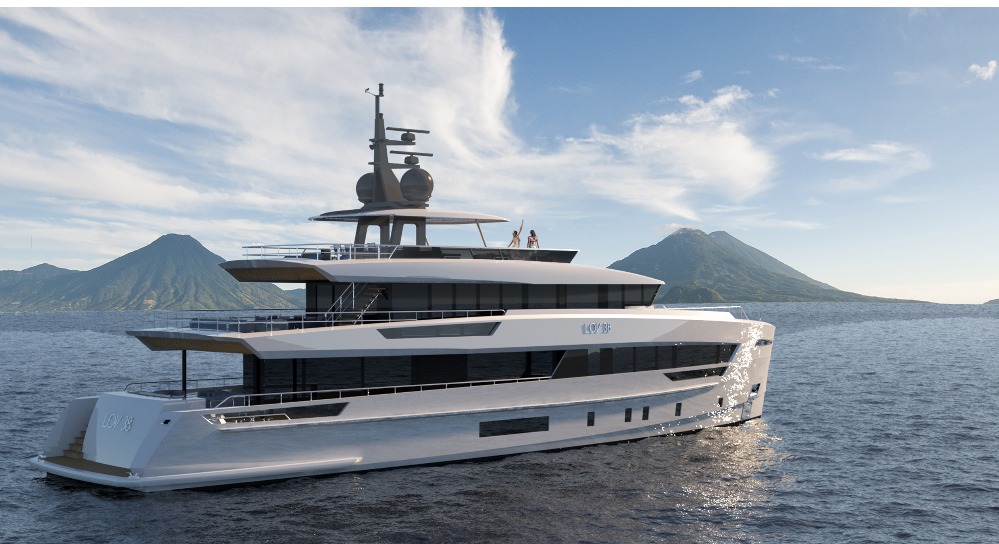 At an exclusive event held at Marina di Loano, Italy, Lynx Yachts, in collaboration with Omega Architects and Van Oossanen Naval Architects, introduced an expectant crowd to the new LOV 38 project. The initials of the three brands have been amalgamated to from the name of the project, LOV, with the project title also so named to express the three companies love for the ocean, their work, the superyacht market and, especially, the LOV 38 project itself.

“Meeting Frank Laupman of Omega and Perry Van Oossanen was one of those Eureka moments. Lynx took pride and pleasure working alongside Omega and Van Oossanen to define the best yachting experience in the 30 to 40 metre range,” explained Slim Bourchia, president of Lynx Yachts. “The LOV series was born. Beautifully styled by Omega with elegant lines and refined interiors, the LOV series will be crafted by Lynx Yachts to the highest standards engineered by Van Oossanen. This remarkable LOV series embarks a phenomenal pedigree of expertise to provide seasoned yachtsmen with memorable experiences.”

“Meeting Frank Laupman of Omega and Perry Van Oossanen was one of those Eureka moments."

LOV 38’s masculine exterior is perhaps more indicative of Omega and Van Oosanen’s undeniably Dutch influences, which is particularly expressed by a near vertical bow and forward inclined wheelhouse. Lynx Yachts itself, with its shipyard in The Netherlands and Italian senior management, has always been a combination of both Dutch and Italian influences, a facet of the business that Frank Laupman, architect and founder of Omega yachts, was eager to highlight at Marina di Loano in respect to the LOV 38 project.

“Lynx has a beautiful shipyard with some key technical Individuals. It is a charming, boutique shipyard. We met together with the managing director and the idea was to make a superyacht that has Dutch-built quality with some Italian flare added to it,” said Laupman. “This last part is particularly difficult to achieve.”

With Lynx Yachts being a custom superyacht builder, the LOV 38 project has been designed with a number of layout options available, the intention being that the project is a starting point for a future custom project.

“The idea is that everything is there. We wanted to create a superyacht [concept] with a number of accommodation variations. It is possible to have eight, 10 or 12 guest layouts. You could have four cabins down, or VIP cabins down, or three or four cabin layouts. The owner can be on the main deck, the owner could also be on the upper deck,” continued Laupman. “In order for this to be possible, we condensed all the traffic spaces on board. Having said that, we must be honest because this just the first cooperation and when a client comes, they will see this project as a starting point. Then the really interesting process begins and we will have to see where that leads us.” See below for GA options.

"...we must be honest because this just the first cooperation and when a client comes, they will see this project as a starting point."

The idea was for this young shipyard to make a superyacht concept that was versatile in order to suit all the specific requirements that a client may come laden with. However, it was also important, according to Laupman, for Lynx to retain its identify by making use of a number of the styling elements that have characterised Lynx’s rugged explorer style support vessels. LOV 38 will be made out of aluminium with a Van Oossanen Fast Displacement Hull Form.

“I have always admired the capacity that Omega and Van Oossanen have to push boundaries of design. The latest productions of these two studies represent something new on the market, with great focus to research and innovation. Lynx has the same approach and is pleased to work together with Omega and Van Oosanen on this new yacht series, the LOV series. This project makes another goal for the shipyard, and sets forth the entrance into a new segment of the market,” concluded Filippo Rossi, sales & marketing manager of Lynx Yachts. 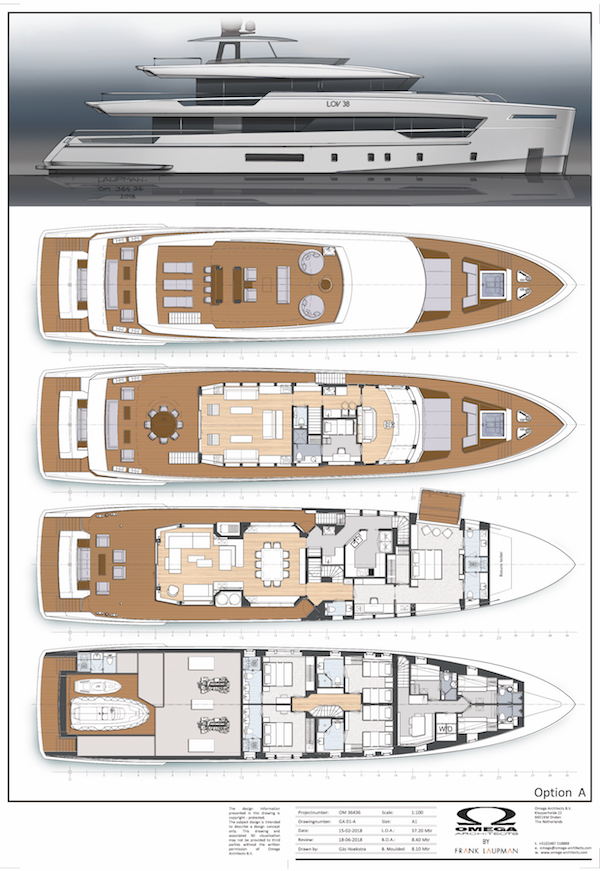 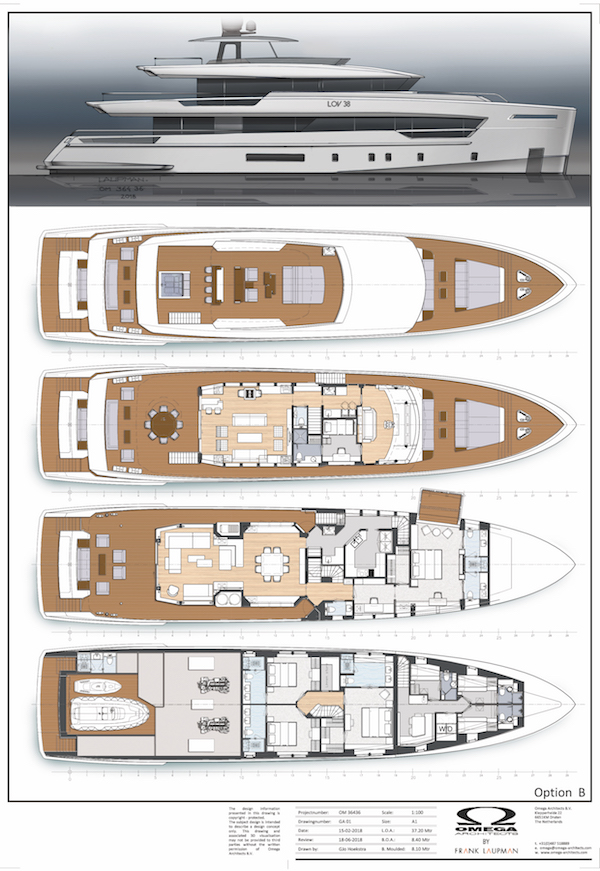 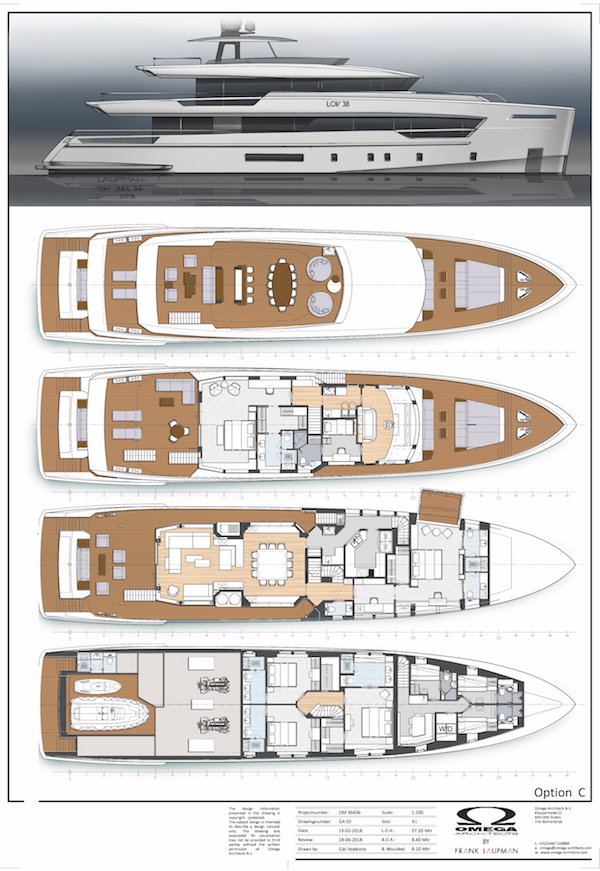