SuperyachtNews.com - Fleet - Ion[ing] out the creases

Lithium-ion batteries are not all the same, different cathodes create different properties. Dutch company Super B has launched a marine battery that uses lithium iron phosphate cathodes rather than the usual lithium cobalt oxide variant.… 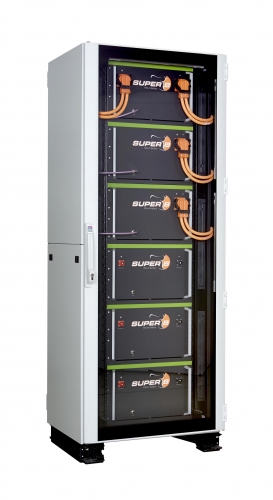 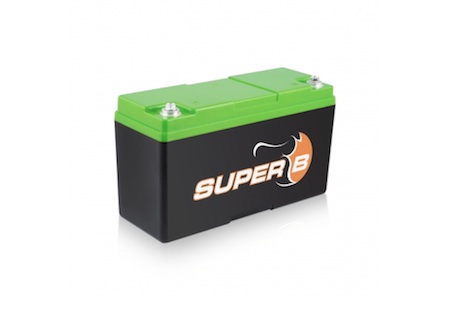 Those of us not directly involved with the development, production or sale of lithium-ion (Li-ion) batteries may be forgiven for falsely believing that there is only one type of Li-ion battery. In fact, there is a number of different configurations, mostly revolving around a change of preferred cathode. Dutch battery supplier, Super B, has released a marine battery that uses lithium iron phosphate cathodes rather than the more traditional lithium cobalt oxide cathodes that frequent most vessels and vehicles.

A Super B representative cites two major benefits amongst a host of minor benefits for using lithium iron phosphate technology rather than other Li-ion technologies; thermal and chemical stability. Recently SuperyachtNews.com reported on a fire that broke out on a merchant vessel that was caused by unstable, old batteries. The technology is not directly analogous as the batteries were small life jacket batteries, however it still stands as a volatile reminder to be wary.

Lithium Iron Phosphate vs Lithium Cobalt Oxide
Li-cobalt batteries have a comparatively short life cycle and are less stable but do have a higher power density that allows them to charge and discharge faster. However, forcing a fast charge or applying an unmanageable load may cause overheating, stress and in some cases combustion, this flaw has lead to a number of high profile cases relating to exploding mobile phones. Li-cobalt is a favourite for mobile devices precisely because its high power density makes it practical, but safety is a concern for all battery companies and measures are taken to minimise this risk – be they mobile or superyacht.

Super B batteries are made from lithium iron phosphate; traditionally developing this technology has been deemed too expensive relative to cobalt oxide. However, according to a Super B representative they have managed to cut costs to be equivalent. The costing equivalency brings with it the ability to produce batteries that are not susceptible to the degree of volatility that has previously been accepted as the norm. Rather than steel casing Super B products are housed in plastic with a 2mm cover that lifts to release the pressure in emergency situations, they are lighter and have a superior life span.
The Super B product is practically designed allowing it to be stacked and integrated into current engine or generator systems with few additional changes; each battery is intelligently connected to its counterparts and in emergency situations all batteries shut down simultaneously. “There may never be any harm done to man or machine”, states the Super B website.
The technology is attractive but it is worth reiterating that science has proven the capacity of iron phosphate batteries to be inferior, although Super B does claim that its batteries harbour more ‘usable energy’ than competing cobalt oxide products.