Oceanco, DKT Artworks and Gosling Ltd discuss the idiosyncrasies of this multifaceted relationship… 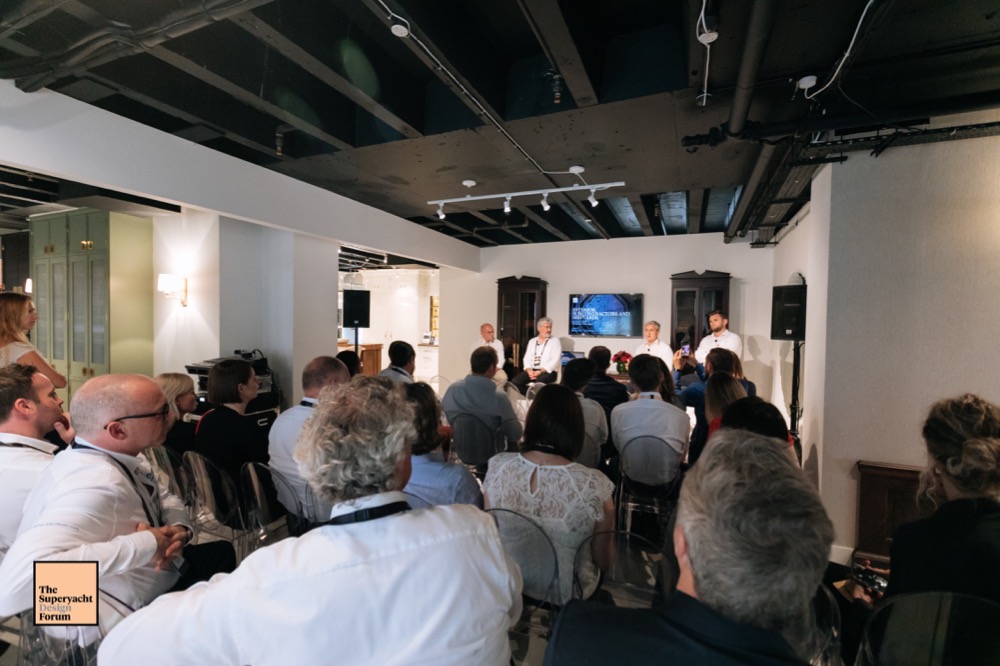 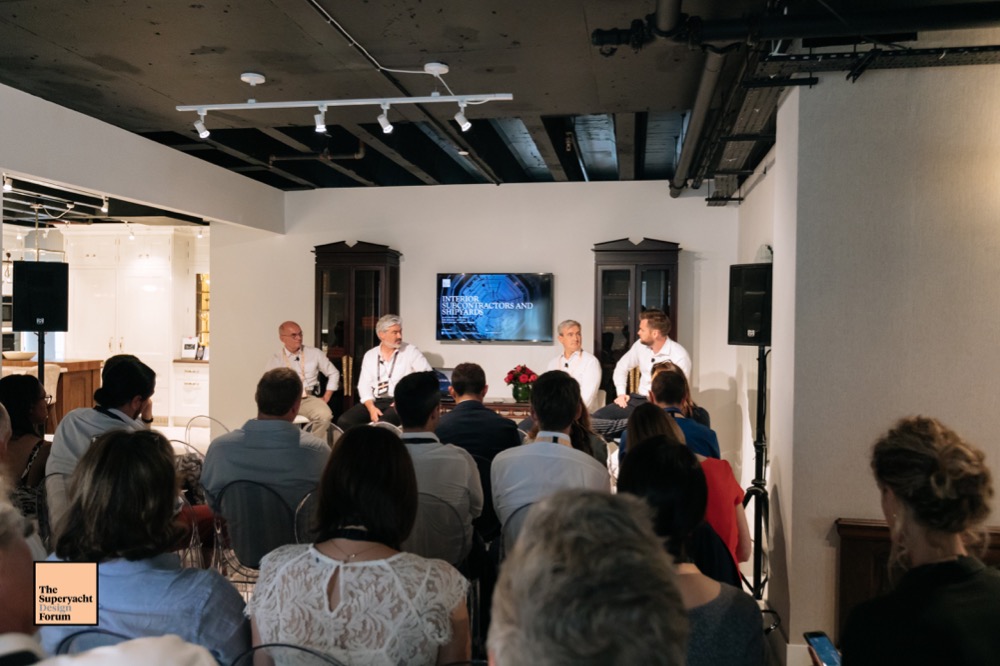 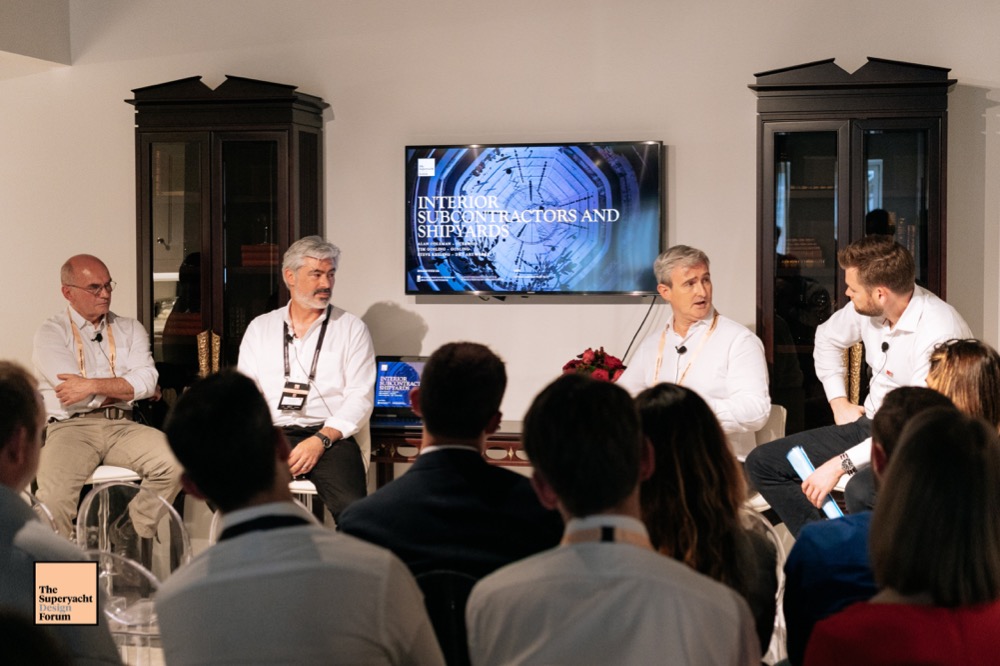 The relationship between shipyards and the various subcontractors that supple a new build project, is a perennial industry hot potato. At The Superyacht Design Forum, in the stunning setting of the Christopher Peacock showroom, two artisans and a shipyard representative dissected the process.

When scrutinising how the involvement of the myriad actors within such a multifaceted project can be optimised, it is easy to default to the simplistic answer: ‘everyone should be involved from the very beginning’. But this is to overlook the nuances of what is often a very protracted process.

“The whole relationship process is something we’ve examined in recent years to see if we can find a way to make it better. The old subcontracting relationship wasn’t delivering what we needed so we took a different tack. We introduced a number of principles that we now call ‘co-maker alignment’. “We want them to be involved, so we ask them whether there are any risks within the interior design. The process now is a more collaborative approach, so we aren’t just whacking specifications on the table; we’re talking as adults…we get their input. We’ve changed from a departmental organisation to a project-based [structure]. Each one has a project director, who is responsible for that project. People are assigned to projects…for the full duration.

“One of the critical points for a shipyard is client management, because it’s different for every project. You can have an owner’s representative who has a very technical background, who may not have any appreciation of interiors… So, it has to be managed very carefully. Communication is absolutely key, and establishing trust with people you’re working with is absolutely essential. And we work hard on this because the end product is so much better for it.

“What we’ve seen increasingly over the years is the growing intricacy of the interiors, and the growing number of suppliers involved. In a recent project we had over 140 fabrics, and that’s apart from the 30 different saddle leathers we had. Mitigating [the complexity] is identifying the risk at an early stage, with the interior subcontractors, so we can say for example, ‘if they’re not performing, we can notify the owner’s team and come up with an alternative’. Because the train is moving and you have to proceed; the owner will want their boat delivered on the day they agreed upon.”

“As an industry, we don’t spend enough time creating the visuals so that we all know what is actually going to happen. When we are problem-solving the thought process, things are moving so fast, there is a danger sometimes you can push the detail aside. But it’s the detail that actually makes things happen in reality and those are the things that have the time constraints. We have to communicate this to the clients, and to the designers and the craftsmen.

“I find it very difficult when the yacht has no direct link to the client. You have to interpret things quite a lot in everything we produce, and if there are three or four lines of communication it becomes a bit like Chinese whispers. I generally sketch with the contractor and the client, in order to leave the meeting visually both knowing what we’re going to create.

“We all want to be creative, but we need to be creative with a responsibility for what we’re using. It goes back to that question of quality; if you can create something that will last two- or three-hundred years, within any product design, that is really responsible.  When you’re dealing with craftmanship and pushing the boundaries of design, it’s very complicated to always deal with this ebb and flow. And this ebb and flow of design is completely at odds with that of a workshop. Those two patterns absolutely don’t fit together. Most of the time, you know the parameters but you also want to do something that has never been done before. There is always a debate about the materials, and how that cash flow works – looking after the craftsman – and the end user who is creating this has to be nurtured, and we all have a responsibility to honour that.”

“There’s a time and a place for each party to be involved… but on the one side, we initially support the concept of the designer, because we know them and we work with them. Then it goes to the outfitter, and technically we have to work with them as closely as possible because these are very technical aspects. Is it artwork? Is it fixed piece? There are all sorts of things to consider, and then aesthetically combined with the [original design concept] again. So, it’s important for us to be involved early from that side because we’re linked to the designer, who is ultimately linked to the shipyard. It’s true that everyone should be involved, but at the right point.

“Sometimes it a case of ‘one step forward, two steps back’. You might make improvements and progress [in one area] but you’ve moved off target [elsewhere], and you’ve still got your targets and the need to come up with a solution within a certain timeframe. Quite often, you start a process and the you pick it up again later on; you haven’t totally solved a problem, but you’ve moved things along the line, and you’re able to approach the next task.

“It’s the outfitter that we’re usually contracted by, and we usually find the terms of payment are very good when compared with the building industry. We usually have a good relationship with outfitters, and there have only been a few times [where that hasn’t been the case]. It’s a good industry for us to be in, and while we are accused of being expensive, we charge what we think [is fair]. If there is value in having a company like ours, based in London where there is a lot of design expertise… we don’t say ‘superyacht’ and charge three times the price; we charge for the time we think something is going to take, including samples and so on, and that’s our basis. If there’s value in that, I guess we’ll carry on thriving.”

Learning Lessons in Engineering and Design