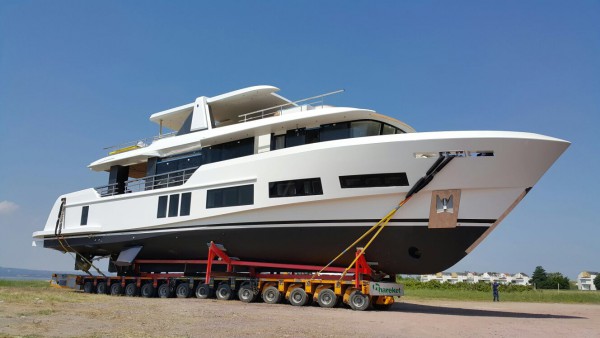 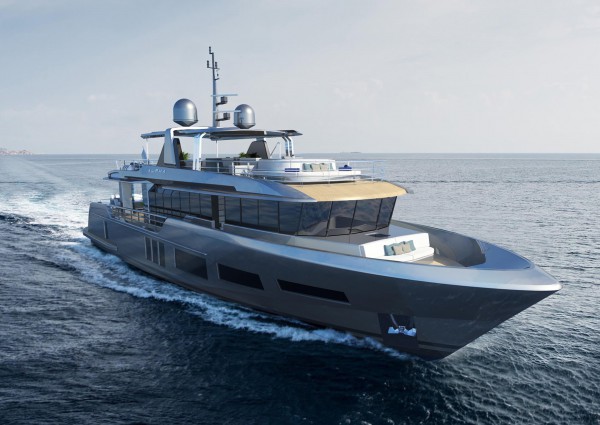 After ten years since it’s last superyacht, the Turkish shipyard ICT Yachts Group has re-entered the superyacht market with the launch of its latest project, M/Y Andreika. At 32.3m, the new launch, which is the first yacht for Alpha Custom Yachts, is a completely different breed of superyacht for the Turkish shipyard thanks to the notable design team behind the project.

Despite being active in a variety of manufacturing industries for over 80 years, ICT has remained relatively quiet in the Turkish superyacht scene, which according to The Superyacht Annual Report 2017: New Build currently accommodates 39 active shipyards, and contributes to nine per cent of the delivered fleet.

However, the shipyard’s multifaceted approach to the industry, which includes custom new builds, production boats, tenders, refit and brokerage has kept the shipyard active in a recent period where Turkish activity has slumped, with a 59.1 per cent fall between 2012 and 2016 according to SuperyachtIntelligence.com.

“The brief for the project was to design the most efficient hull form we could achieve speeds in the range of 18-20 knots depending on the engine option,” says Laurent Giles technical director Stephan Wallis. “We achieved this aim in that the resistance at 18 knots measured in the tank tests was about 12% less than a standard round bilge hull form – this may not sound that much, but it’s about 100 litres per hour less fuel burned.”

The design process for the 32.3m hybrid semi-displacement Andreika dates back to June 2015, where H2 Yacht Design and Laurent Giles began working on the new project alongside the shipyard. Construction began six months later.

The project is certainly a different breed to the shipyard’s previous superyacht delivered in 2007, which features a far more simplistic design. Now, however, the new project appears to have jumped into the modern day with a more prominent angles, cleaner lines and large feature windows.

“Andreika was developed as a family yacht with accommodation for up to 12 guests in 5 cabins and a large focus on outdoor living” says H2 Yacht Design Project Director Tam Elder. “The GA was studied in great detail to squeeze the most usable space out of the platform and the hull was especially designed with a low draft, allowing maximum access whilst cruising in shallow waters,” explains Elder.

Having completed sea trials, the yacht is now in the final outfitting stage awaiting delivery.

Icon Yachts: a shipyard that knows no bounds