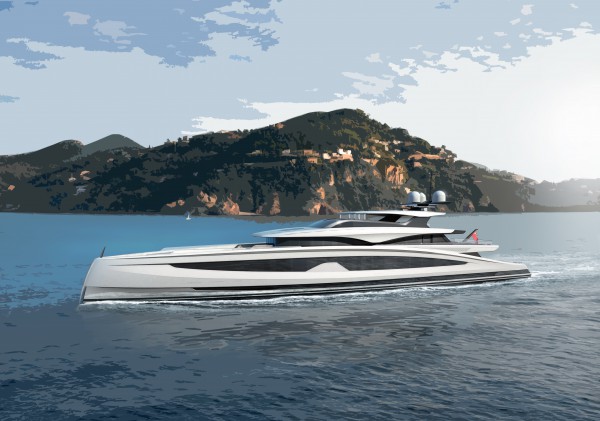 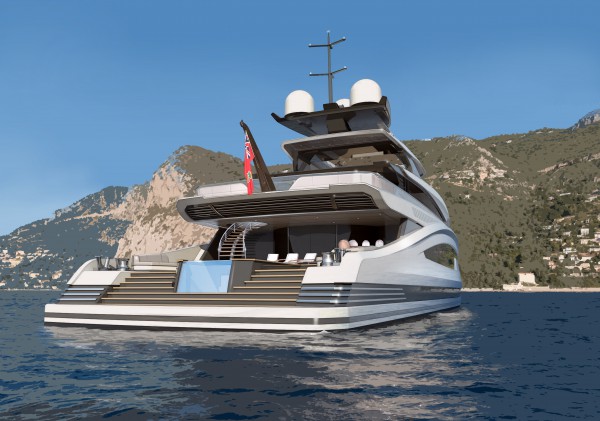 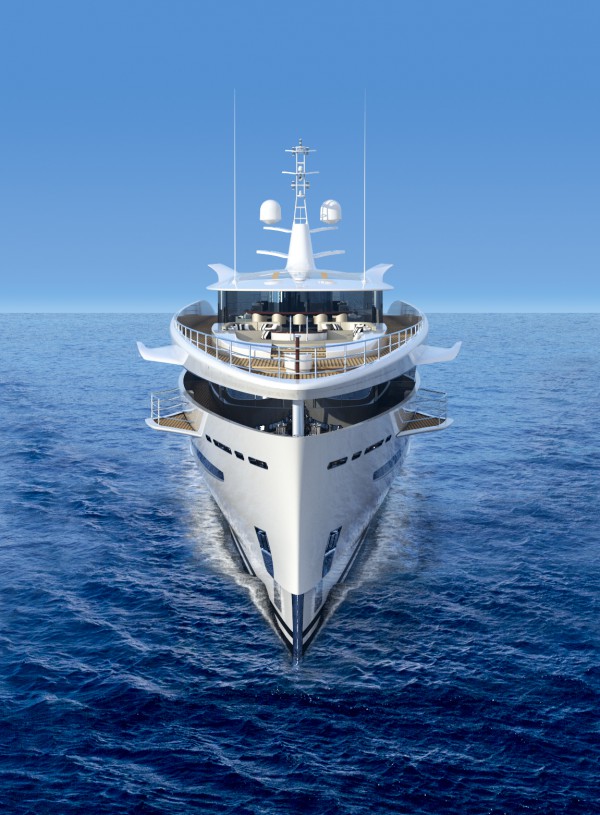 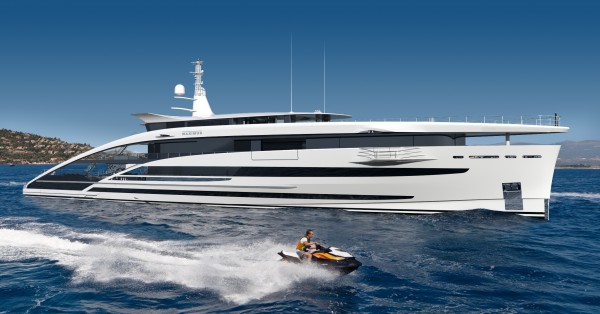 On the first day of the Monaco Yacht Show, Dutch shipyard Heesen Yachts unveiled two new concepts while announcing their intentions to ‘build bigger’ boats in the near future. British design studio Winch Design and French studio Clifford Denn Design have both unveiled their collaborative new designs at the show.

At 66m, Winch Design’s new Heesen concept, Avanti is the first time the two companies have collaborated on a project, according to SuperyachtIntelligence.com. Described as ‘muscular’ and ‘contemporary’ by the design studio, the new concept is certainly an interesting one for the shipyard. As the renderings depict, the yacht has plenty of floor to ceiling windows that would draw natural lighting into the interior.

The yacht’s interior is said to play off the natural light, as a result of the vast panoramic windows. Guest cabins are fully customisable to suit different client wishes. For the owner’s state room, Winch Design has created a private sky lounge that connects to it, which also opens up to an exterior dining area.

For French design studio Clifford Denn Design, the new 83m concept Project Maximus is not the first time the studio has worked with the Dutch shipyard. In 2015, the celebrated 49.6m superyacht Ann G hit the water, which was also designed by Clifford Denn Design. However, the new Project Maximus marks a first for Heesen as it is would be the largest yacht in the shipyard’s fleet, exceeding M/Y Galactica Supernova by 13m.

Project Maximus is a flexible platform, which enables optimum distribution of both interior and exterior volumes and spaces. The yacht is, therefore, ideally suited to optimise the benefits of Heesen’s new shed, which can house yachts up to 83m in length. This is a strong indication of Heesen’s intention to build larger yachts in the future.

“When compared with other boats of its size, it has an enormous pool, huge external deck areas, and all with the same internal volumes as a normal 83m,” says Founder Clifford Denn. “It’s large boat thinking that puts the owner’s needs first.”

According to SuperyachtIntelligence.com, there are seven yachts under construction at the Dutch shipyard, including Project Maia, which has been launched and is scheduled for delivery next year.