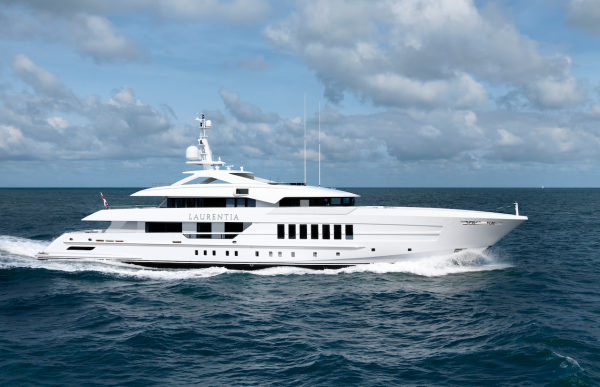 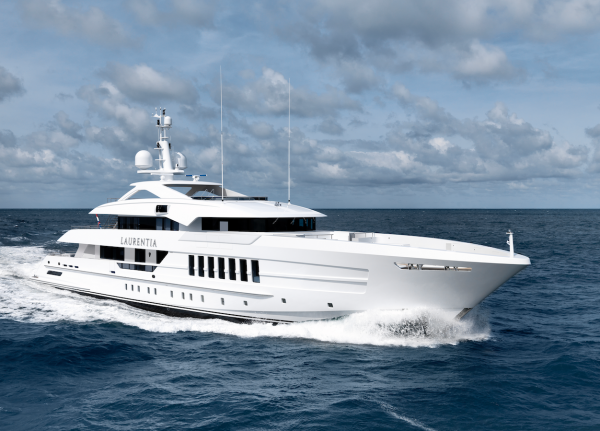 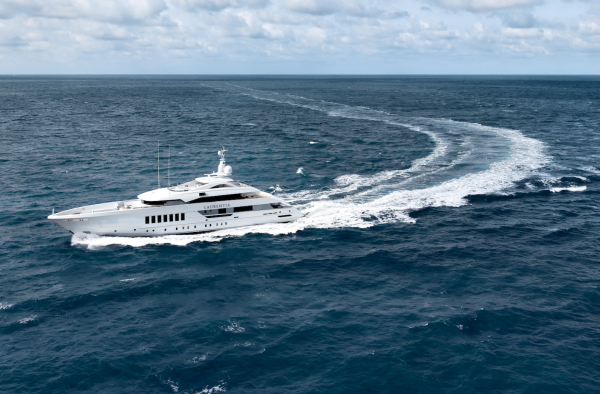 Following her launch earlier this year, Dutch superyacht builder Heesen Yachts has announced that Laurentia has been delivered. At 55m, the steel-hulled Fast Displacement Hull Form (FDFH) motoryacht, formerly known as Project Alida, exceeded expectations at her sea trials and is now making her way to the Mediterranean.

During the sea trials, which took place in the North Sea at the beginning of August, the new yacht reportedly exceeded her contractual speed, reaching a maximum of 16.6 knots in what has been described by the shipyard as “moderate sea conditions.” The trials also proved the yacht to be highly responsive, accepting steering commands immediately, thanks to the use of large rudders in conjunction with a powerful steering unit.

Having been designed by Frank Laupman of Omega Architects, the new superyacht has a distinctive exterior, which is particularly angular in its profile. Just in line with the bridge, a unique overhanging angle also lends an interesting characteristic to the yacht’s profile.

At the owner’s request, Ramon Alonso at RADYCA, the Miami-based design firm was selected to create an interior design that promotes luxury, relaxation and entertainment throughout the yacht. “The objective was to create a clean and simple, yet sophisticated interior that evokes tranquillity in a relaxed and elegant atmosphere,” explains Alonso.

According to the shipyard, natural hues have been used throughout the yacht, in the form of open-grain white oak and different tones of wangé, taupe, grey leathers and light textured suedes. However, there are also a number of darker tones and hand-stitched leathers that play in contrast with the light tones of the interior.

Loose furniture has also been carefully selected from a variety of European and American brands, each of which have been meticulously customised in order to match the interior theme perfectly.

According to SuperyachtIntelligence.com, Heesen has delivered three yachts in 2017, which includes 47m Book Ends, 50m Home and now 55m Laurentia. Furthermore, the Dutch shipyard has a particularly full looking order book for the next couple of years, including projects such as 50m Project Maia.

Heesen will be at the Monaco Yacht Show this year, where 50m motoryacht Home will also be making her much-anticipated debut.