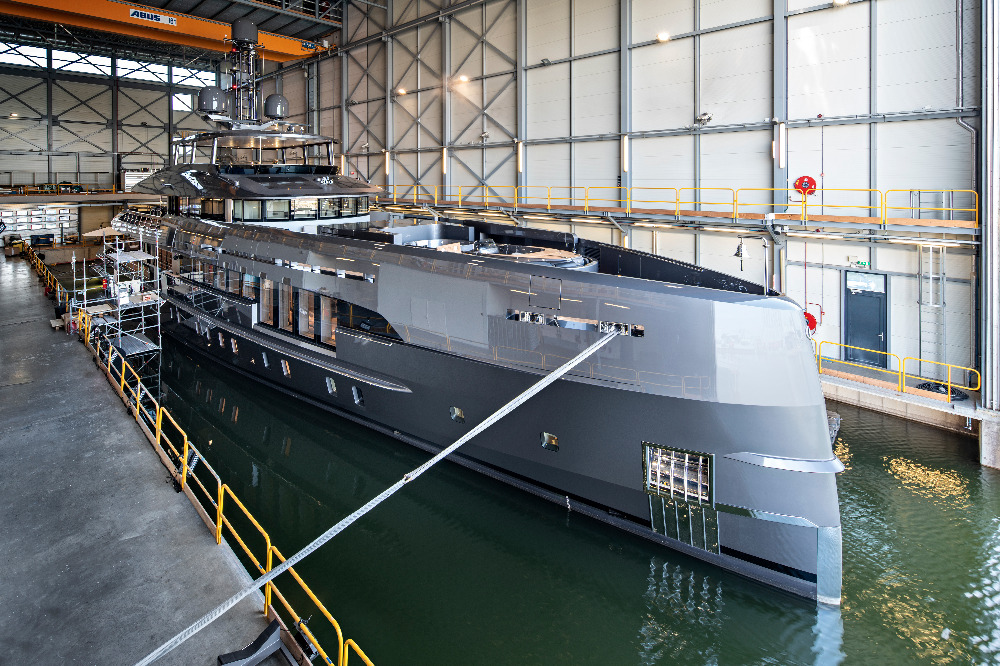 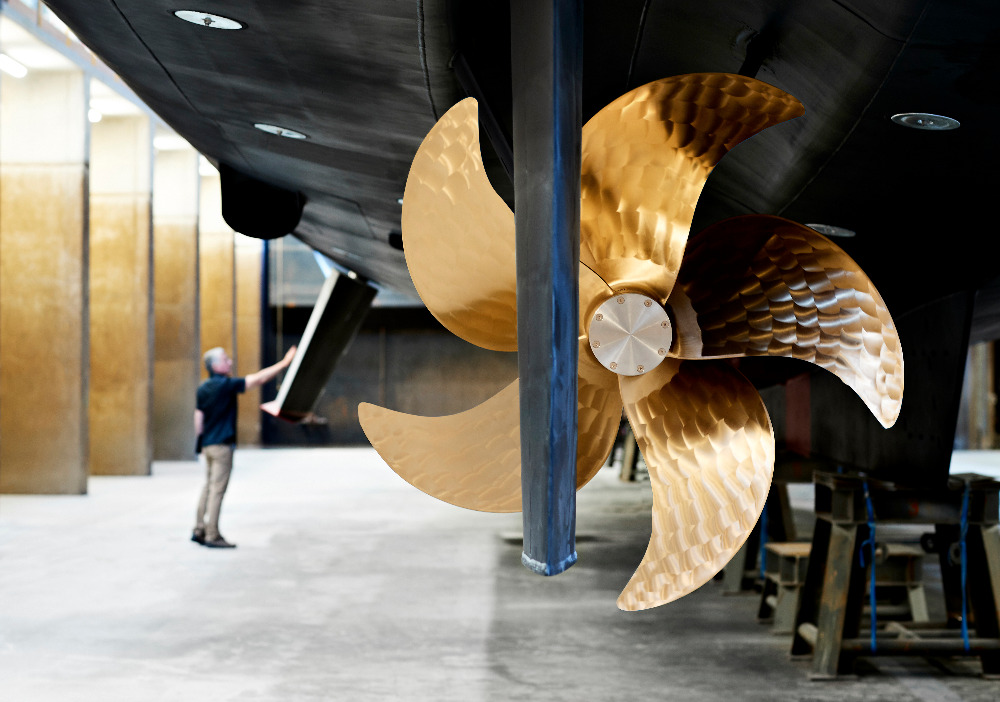 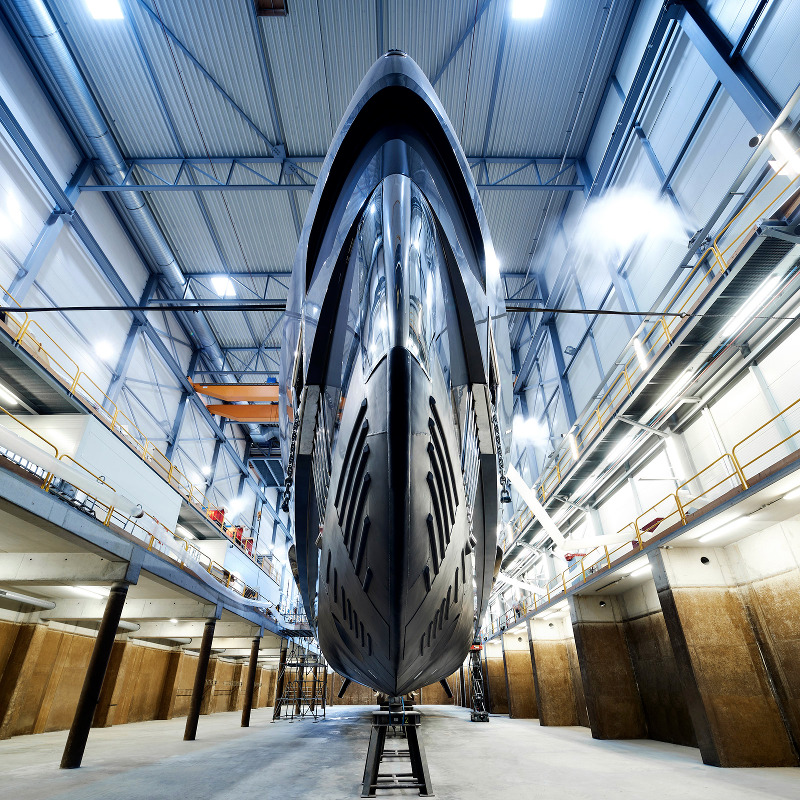 Dutch superyacht builder, Heesen Yachts has launched 50m Project Boreas, which is on track for delivery in August this year. Sitting just below the 500gt threshold, the fully aluminium project is based on the design platform of Heesen’s Nova Plus, which utilises the Fast Displacement Hull Form (FDHF) configuration, developed by Van Oossanen Naval Architects.

Originally built on speculation, Project Boreas has been designed by Frank Laupmen of Omega Architects, but for the yacht’s interiors, British designer Mark Whiteley worked closely with the experienced owner on the interiors when he signed the contract a year into the build. 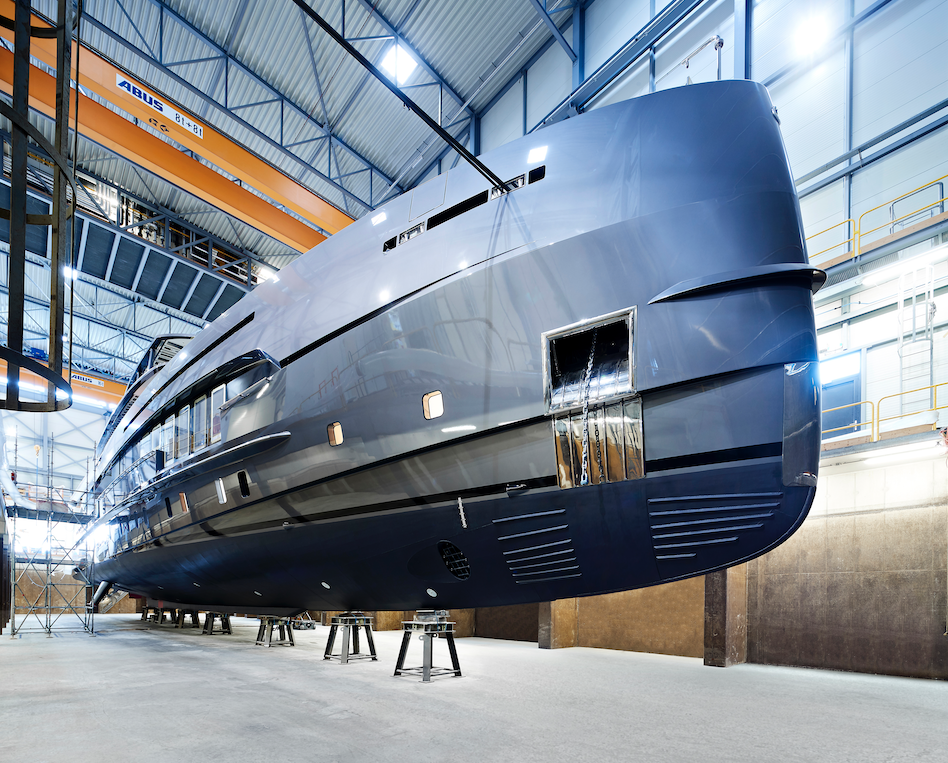 Both the hull and superstructure of the vessel have been covered in a custom metallic grey by Awlgrip, which has been designed to match that of the owner’s car. The meticulous process of metallic paint application took ten months in total to complete to achieve the desired effect.

With a range of 3,750mn the yacht has the capacity to reach a top speed of 20 knots and is powered by twin MTU 12V 2000 M72 engines. The new vessel also has a consumption of 98 litres of fuel at a cruising sped of 12 knots excluding her generators.

According to The Superyacht Agency, Heesen has contributed to 19.3 per cent of Dutch superyacht activity per unit between 2014 and 2019.

According to The Superyacht Agency, Heesen has contributed to 19.3 per cent of Dutch superyacht activity per unit between 2014 and 2019. During this period, the shipyard has produced 21 yachts that have a cumulative LOA of 1054.3.

There is a total of 54 superyachts under construction in the Netherlands, 15 of which are scheduled for delivery this year. Here, Heesen contributes to 18.5 per cent of the Dutch orderbook.

SamBoat ventures into the superyacht market

Be unconventional; be ‘Bold’