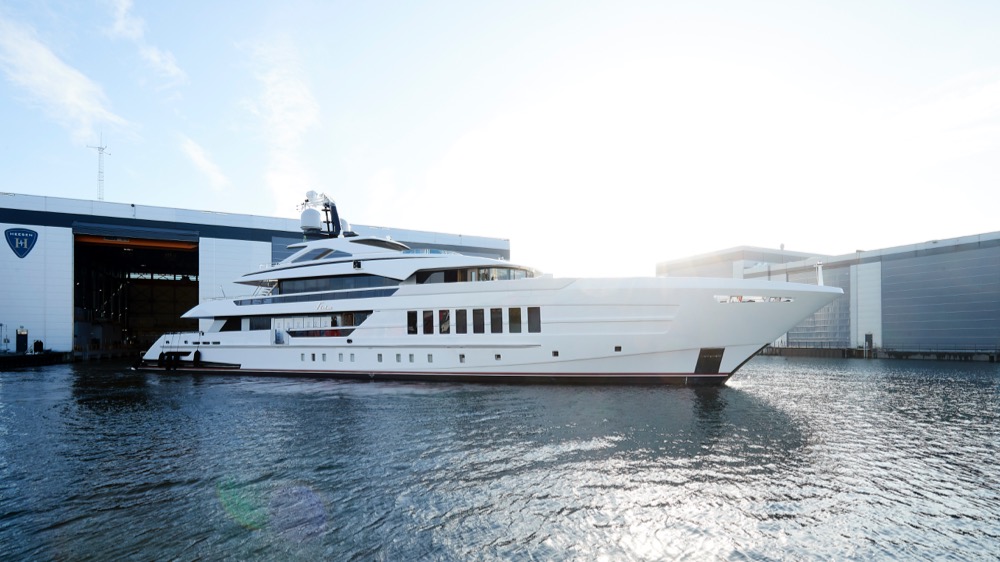 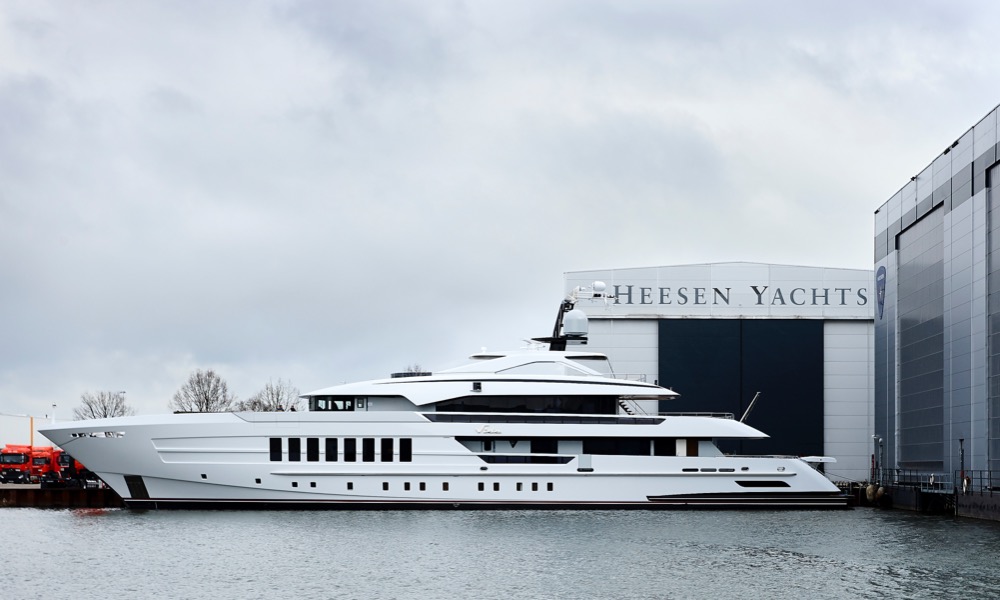 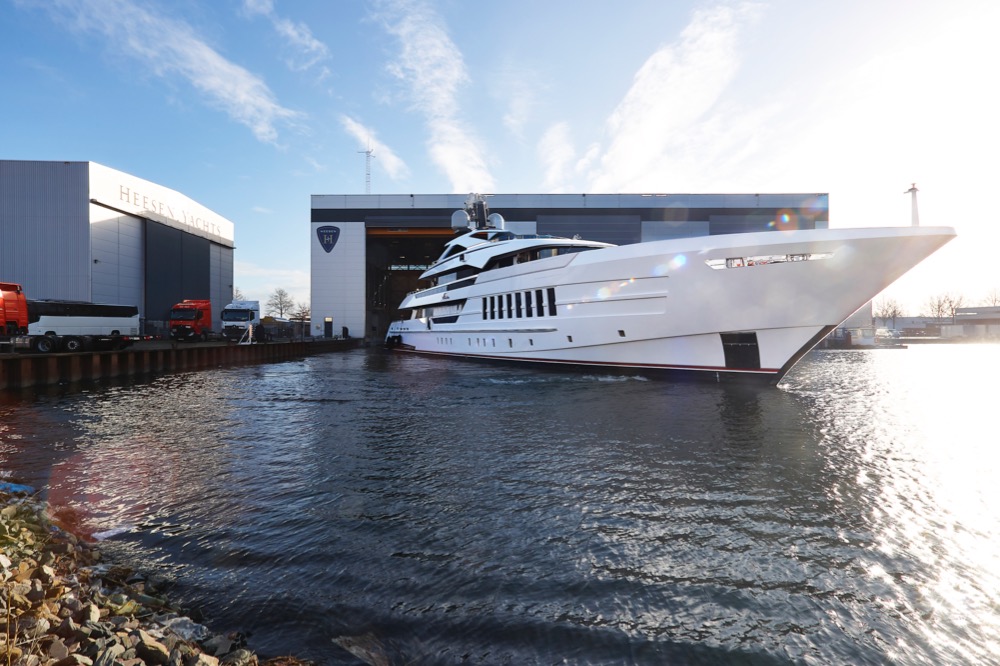 The dutch shipyard has unveiled its latest vessel in the 55m Steel class. Formally known as Project Antares, now christened Vida, Heesen’s latest model was launched earlier this year on 4 January. The yacht is now entering the systems commissioning phase and is getting ready for sea trials.

The owner is an experienced American yachtsman that worked closely with the shipyard’s technical team to customise his yacht. Vida has several special features to fulfil her role as mothership to the owner’s sport fishing fleet, such as its capacity to re-fuel and re-charge two sport fishing boats, allowing the fleet to be at sea for many days without needing to return to base.

Vida is the third vessel in the 55m FDHF Steel class, which is characterised by muscular exterior lines designed by Frank Laupman of Omega Architects. The yacht’s profile is clean, thanks to the absence of fashion plates and its design is elevated by floor-to-ceiling windows that allow the interiors to be flooded with plenty of natural light.

Be Design Associates (BDA) was appointed by the owner to create the interior décor. Having previously worked with the studio on some residential projects, the hope is that BDA’s involvement would give the boat a home-like feel. The Floridian studio worked on the architectural structure that had been penned by Francesco Paszkowski and Margerita Caprini. Natural materials and soft colour palettes were used to create a comfortable but elegant ambience. This was the BDA teams first new-build yacht project

The lower deck is home to five suites which can accommodate twelve guests. The owner has their own 80m2 stateroom on the main deck. A backlit onyx arch frames the main saloon, which the design and build team hopes will wow anyone boarding Vida.

Thanks to the hull design by van Oossanen Naval Architects, at 55m and 740gt Vida can reach a maximum speed of 16 knots with minimal fuel consumption, providing the yacht with a range of 4,500nm at 13 knots.

Vida is set to undergo sea trials in the North Sea before being delivered to her owner in Spring 2019. She is due to make her official debut at the Monaco Yacht Show in September after spending the summer cruising the Mediterranean.

Within The Superyacht New Build Report, due to for delivery on 20 February, Heesen has been highlighted as one of only 16 “consistent builders” that have made at least one delivery per year over the past decade. Heesen currently has 10 yachts in build at the moment.