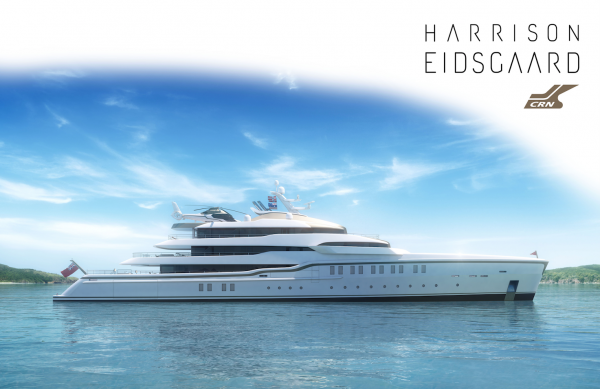 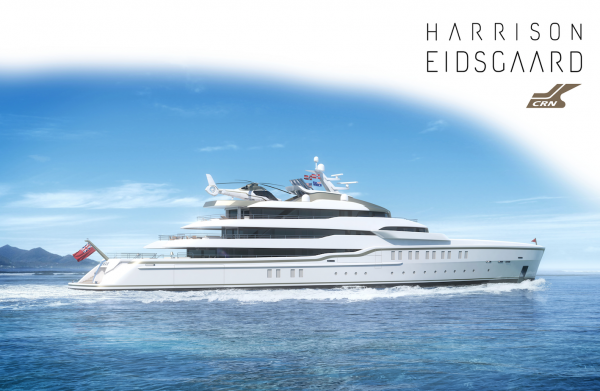 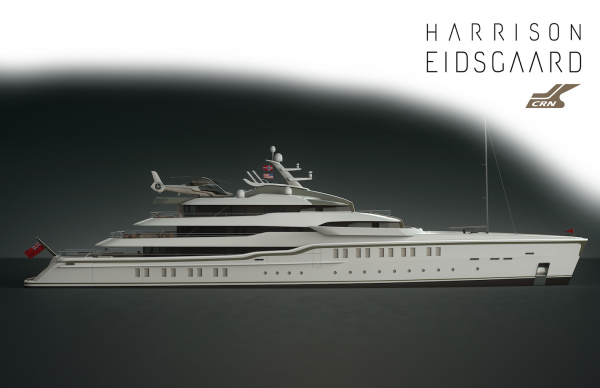 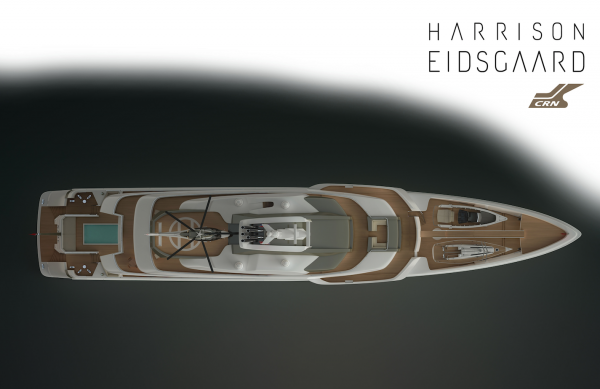 British design studio Harrison Eidsgaard has collaborated with Italian shipyard CRN to create an 86m explorer yacht concept. Partner of Harrison Eidsgaard, Ben Harrison takes SuperyachtNews through the design process and explains what it takes to create a successful design such as this.

“An explorer yacht only goes as far as the imagination of the owner, so depending on how far the owner wants to go, that’s how much of an explorer yacht this can be,” says Harrison. “What you put on board, in relation to those trips, is important. But it was the idea of creating a yacht that had the capabilities of making more interesting passages, going to more remote places and being a little more self-sufficient.”

The initial foundation of the project was to create a yacht that was capable of comfortably meeting the requirements of an adventurous owner as a working boat. As a result, different options have been created to demonstrate the versatility of the 86m and its ability to meet the requirements of potential owners with alternative lifestyles and a desire for different levels of exploration.

“We currently have two versions of the general arrangement, depending on how the client wants to use it,” says Harrison. “If someone wants to be heli-skiing up on the Arctic Circle, for example, they are going to want to have an indoor pool [which has been created in one of the versions of the GA], whereas this is less likely to be a requirement if the owner plans to do the Mediterranean to Caribbean passage.”

One of the other versions of the interior proposes a four-level open staircase, which offers a spectacular open atrium, extending through virtually the entire height of the yacht.

The bow section, which now includes a vast space for two 12m tenders, is one that was subject to much deliberation in this particular arrangement. “An early idea was to have a large tender and possibly a helipad forward. There was also an idea to close off the forward tender completely to create a large helideck forward; the options are all there, it just depends on what the owner wants,” Harrison explains.

In the version seen here, one of the forward spaces is actually intended to carry a Farr 30 sailing boat to cater for a trend that Harrison explains is becoming more prominent with owners. “You see an increasing interest in racing sailing boats, but owners don’t want to be restricted on the accommodation that you have on a sailing boat, so they opt for motoryachts.”

In terms of the exterior design, the team’s intention was to create a vessel that embodies the ‘working boat’ aesthetic, while having well-balanced and elegant lines. “Although all our designs are different, we do have a house style,” says Harrison. “We like to create exteriors where the boats look like they have movement, like a cheetah ready to run. I think all of our exteriors have a signature line, but they have a sense of movement, like a sprinter in the starting blocks. There is a forward dynamic, which is in the way we draw our bowline and the superstructure, which has a forward motion. Some boats can look very static on the water and we try to avoid that - a boat should look purposeful.”

Another key consideration of the exterior was the incorporation of bridge wings within the design, a key element but if done incorrectly can greatly hinder the design. “As this is a working boat, we decided that it would have bridge wings. But it was vital to really make that part of the design,” explains Harrison. “Sometimes, bridge wings can look like a bit of an afterthought and don’t necessarily fit with the rest of the design; 77.7m Tango was a very good example of the sucessful use of bridge wings, where they became part of the signature line and it was something that had almost been punched out of the metal.”

Taking the creation of continuity in the exterior to the next level, Harrison’s business partner, Peder Eidsgaard also runs an aviation design firm called Pegasus Design, which has created the helicopter (shown in the renderings above) that complements the design of the yacht.

“We’ve arrived at a very good design with CRN,” concludes Harrison. “In creating a project such as this, it is vital that clients feel that they are not being told what to have and that they feel like they are being listened to. I think clients really appreciate not being pushed into a corner, and with CRN, there is still a lot of opportunity for a client to have their own input.”

How to design the perfect explorer yacht