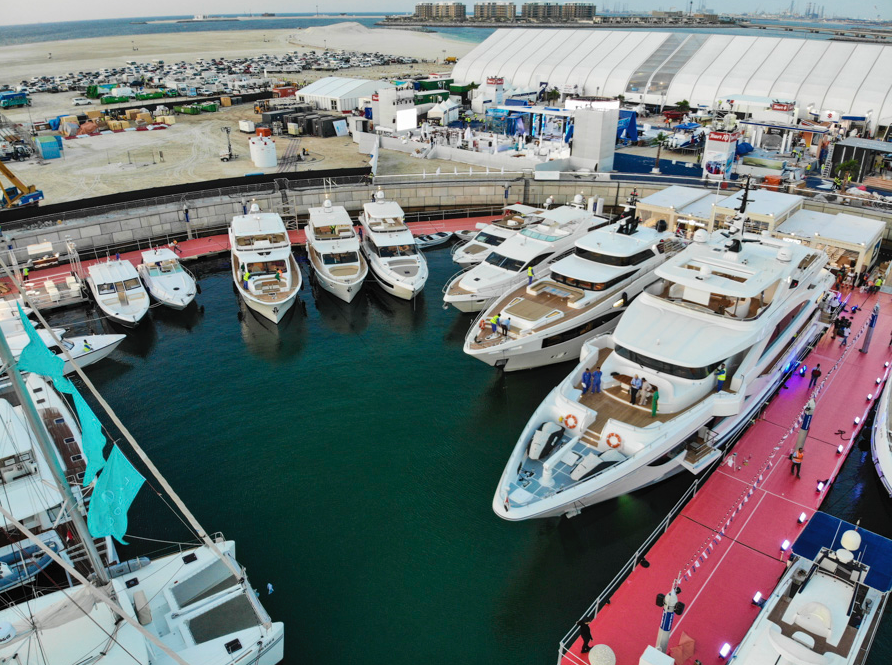 The UAE’s leading superyacht manufacturer, Gulf Craft, has announced the sale of five yachts at this year’s Dubai International Boat Show, which was held between 27 February and 3 March.

The yard maximised its exposure on home soil with a 13-yacht display – and as has come to be known of Gulf Craft at boat shows, it had a cherry-picked selection of new projects for buyers to feast their eyes on. These included the premieres of the tri-deck Majesty 140, the Majesty 62 family yacht and the limousine Touring 48 vessel.

The five sales amassed 85 million dirhams (€18.7 million) between them, underlining the sub-30m focus of Gulf Craft’s domestic activity. However, the yard foresees greater sales momentum in the coming months, which could spawn larger yacht sales. The yard specified that the award-winning Majesty 100 had particular interest from clients in the Gulf region, Europe, Australia and South-East Asia.

"Despite the challenges of new regulations and taxes that were implemented on the manufacturing industry, Gulf Craft has managed to create its own space to grow by delivering unprecedented quality,” explains Notis Menelaou, vice president of sales at Gulf Craft.

"Despite the challenges of new regulations and taxes that were implemented on the manufacturing industry, Gulf Craft has managed to create its own space to grow by delivering unprecedented quality."

"We not only continue to invest greatly in research and development, but also gain a lot from our 36 years of experience. Every time we move in a new direction, we keep our customers’ requirements at the forefront. This astute approach helps us to develop premium crafts that are trendsetting."

The show attracted over 26,000 visitors this year and was graced with the presence of members of royal families and Sheikhs, including H.H. Sheikh Mohammed bin Rashid Al Maktoum, vice president and prime minister of the UAE and ruler of Dubai.

Gulf Craft’s recent success is reflected by its five-year delivery performance in ‘The Superyacht Annual Report: New Build 2018’, in which the yard delivered eight yachts in 2017 – its highest annual output in the most recent five-year cycle. With no other Middle Eastern yards delivering a superyacht in 2017, Gulf Craft is the undisputed leader in this particular yacht building market.

With the recent introduction of steel as a construction material at the yard, Gulf Craft is now looking to consolidate its presence in the 50m-plus sector, although it has just one project thus far to affirm this new focus: a 54m Majesty 175, which is in build and due for delivery in 2019.

CRN launches its first project of the year

Lürssen is not just a 100m+ superyacht builder