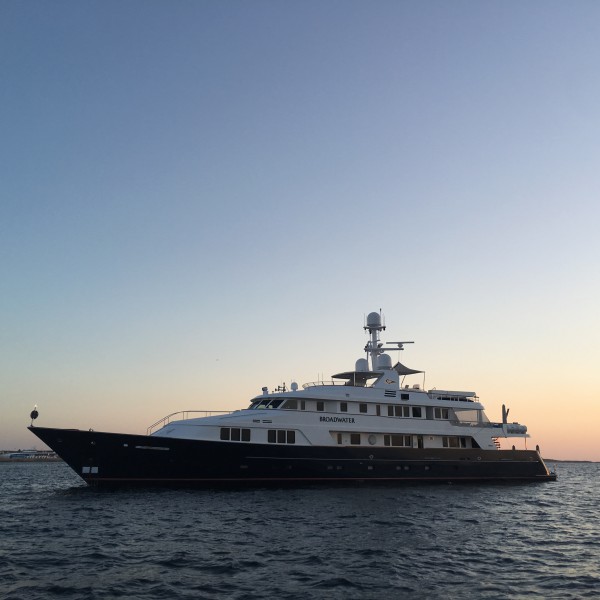 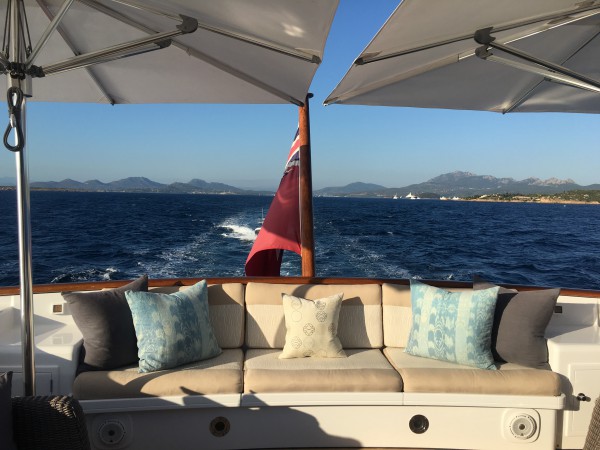 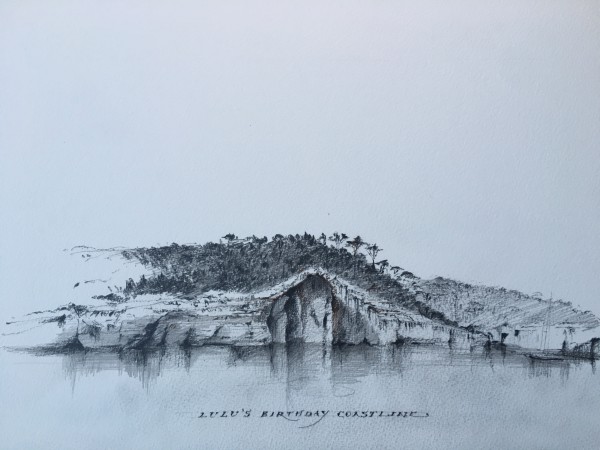 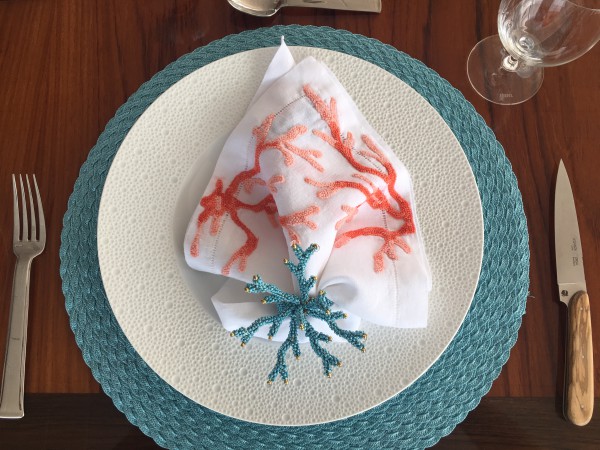 Following an extensive refit in 2014, Feadship’s 49.8m M/Y Broadwater (ex Mi Gaea), built in 2008, has endured another busy charter season in the Mediterranean and there was one guest in particular who cast a close eye over the project in order to understand the intricacies of its design. Renowned furniture designer Tim Gosling shares his thoughts on M/Y Broadwater exclusively with SuperyachtNews.

Broadwater is certainly more a classical Feadship having been designed by De Voogt Naval Architects, but interestingly it wasn’t the yachts appearance that initially stood out, it was something far less prominent. “One of the primary reasons we ended up chartering Broadwater was the tender, and this makes all the difference,” says Gosling. “It was a heavy, stable boat, so when it was choppy we weren’t prevented from going to shore, the last thing you want when your going out to supper is the entire party getting soaked en route.” Whilst the decision to choose a charter based on the tender may seem counter intuitive, the functionality of a tender is a crucial feature that is easy to overlook.

Although, simply adding weight may not be the answer to the perfect tender. “The original tender they selected was too heavy so it couldn’t be winched up. Its got to be big enough to make sure that when your going to shore you’re not getting soaked when you go out to dinner, but small enough so you can winch it onto the yacht”

Weight is one factor that is important to bare in mind when it comes to yacht interiors, for features crafted out of stone or even certain woods; having to work within a particular weight threshold can be detrimental to the look and feel of an interior as Gosling explains. “When using techniques such as honeycombing stone for tables and surfaces, it makes the whole thing sound like a drum. Of course its very effective for reducing weight, but a honeycombed feature must have some substance to it, otherwise, when you put a plate on it it’ll make a tinny sound and just feel fake.”

According to Gosling, Broadwater’s interiors are beautifully bright and fresh with stained oak and light mahogany throughout. “There was a wonderful blend of classical and contemporary stylistic qualities on board with an array of intricate details,” he says. “Like so many yachts the 49.8m vessel wasn’t lacquered within an inch of its life, so there wasn’t a massive sheen on it and you didn’t feel like you were living in a cigar box”.

However, the detailing in the carpets in particular caught his. “The light carpets had a boarder of wood in every room. Carpets quickly get filthy when your walking around barefoot, drenched in salt water on a light carpet and you end up with a dark mark all around the carpet when it’s right to the edge. As a result, most superyacht carpets would typically have to be replaced annually.”

But, on Broadwater, the wooden perimeter is far more than an aesthetical addition. “If you have a wooden boarder around the edge, and a rug/carpet set into that, then it prevents the dark marks around the edge materialising, which is really practical. Secondly, the ones in the cabin were pinned down rugs that are taken up sent away for cleaning and then pinned back down again,” explains Gosling. “What was really interesting is that no matter how big and wonderful the interior space is, all of our time was spent outside.”

As a general characteristic, it appears that the interiors of most yachts, with the exception of explorers in colder climates, are hugely underused. The owner culture of today largely depends on weather conditions, and a lot of superyachts aren’t used in moderate to bad weather. “I’m amazed that people don’t come up with more innovative solutions to do with making more flexible interior spaces so that the in/out space can be changed much more. That way that you would end up using the inside of the yacht accordingly,” continues Gosling.

“One of the things that I was quite disappointed with was the deck furniture – it was really dull.” Considering that this is where guests spend the majority of their time, it is somewhat disappointing that the exterior furniture fell short of Gosling’s expectations – although, it’s no surprise that the exterior furniture was under scrutiny by a globally recognised furniture designer. “The problem with this furniture is that it would just have to replaced every couple of years. For deck furniture I would definitely do some carbon fibre furniture because you can use really wonderful textiles and things for waterproof cushions and so on.”

Gosling also expressed his amazement at the storage space on Broadwater. “Every single time we sat down for breakfast lunch and dinner it was a different place setting, we were just blown away by the storage the yacht must have had for this – it was phenomenal,” he praises. “All the way along the panelling in the corridors was storage and a place for glasses. It was completely secret – to open the panels you would have a magnet that you run over the side of the panel and the whole panel would pop open. You would have no idea it was even there.”