Electronics company, Furuno, has launched its new NavNet TZtouch2, with a presentation at its site in Portsmouth.… 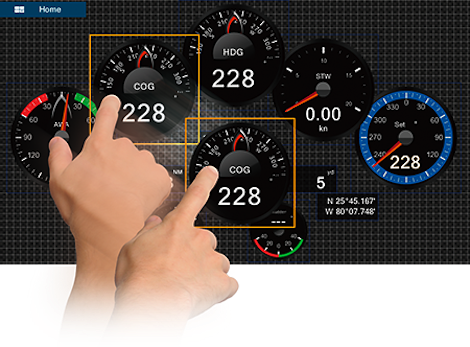 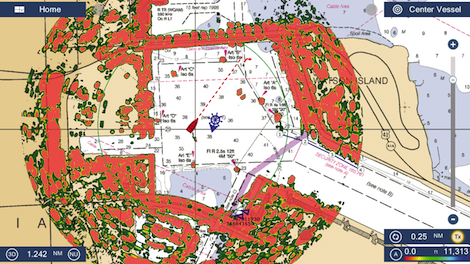 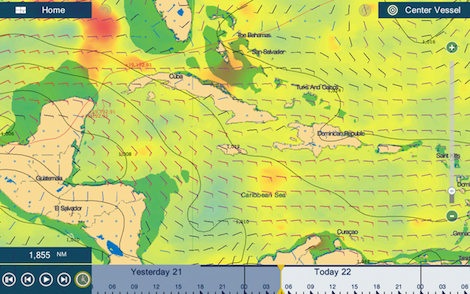 Japanese electronics manufacturer, Furuno Electric co., LTD, has further developed its NavNet range of navigation equipment with the new NavNet TimeZero touch2 Series, which features a new graphical interface. A presentation at the company's office in Portsmouth revealed the innovative functions of their new products.

The new touch screen has replaced the rotokey used on the previous models with “edge swipe” functions. These gestures allow the menus to drag out from the edges of the screen much like any iPad or smartphone with the added ability of being able to split the screen into three and customise each page based on your preferences.

Daniel Conway, Area Sales Manager said the aim was “to make things much easier to use,” this is emphasised by the new ‘Quick Page’ function, which allows you to quickly change between screens as well as the TimeZero technology, which provides easy ways to navigate.


It features a built-in GPS sensor, fish finder, a new graphical interface, instrument display and customisation, a NavNet Remote and NavNet controller which allows full functionality when the touch screen needs to be turned off, especially in warm rain. Furuno have also included compatibility with iOS and Android devices through the inbuilt wireless unit.

Scrolling across the screen and potentially losing your place is no longer an issue with the 'Centre Vessel' function, which will return your view back to your current position. When creating a new route, the problem of having lines over lapping one another on the chart has been removed, instead each route is minimised down to a single flag, which when selected will open up to show the whole route.

Available in 12.1” and a 15.6” display, the new Multi Function Display units utilise raster and vector charts in MapMedia format based on Jeppensen, Navionics or NOAA data. The new RezBoost technology for the built-in fish finder is a new feature, a technology, which improves target separation close to the seabed and improves fish target resolution.

“By swiping up you get the layers, you can choose what you want to see on the chart, whether you want to see the radar overlay, the satellite photography, or depth shading files and because we have got a 3D environment, we can take our 3D file of the seabed and colour that for depth,” Conway explained. The instrument page also allows for  customisation, choosing what you want to include and how you want it displayed. Furuno radars can also give you two radar images of two completely different ranges with independent control of both.


There is now a built in GPS antenna, which will be useful for smaller vessels, and will also reduce the complexity of systems on board. “We have also built in a full echo sound, dual frequency, which will give you a full profile of your tracks," Bruce explained.

The team at Furuno are also determined to simplify the radar with comprehensive automatic filters of the three main radar controls gain, rain and sea also with the unit’s ability to overlay the radar on top of the chart boaters can get excellent situational awareness at a brief glance. Bruce Hardy, sales and marketing manager also explained the simple but powerful features of the built in fish finder like history scrolling and the linking of waypoints from the echo sounder to the chart plotter.

Hardy, explained that Furuno’s agreement with Meteo France enables them to provide a free weather grib file service which can then be animated directly on top of the charts. The units come ready with their own wireless modules and the ability to connect to marina wireless where necessary to download data. The range of information can be narrowed down to what coverage and elements you’re interested in.

“If you can get a signal from your smart phone, you can link it up through 3G hotspots. The files aren’t very big so if you are doing it on satcoms or 3G you’re not talking large data files which could be expensive, we’re talking half a megabyte for a 4/5 day forecast,” commented Conway on the wireless capabilities.

The NavNet TZtouch2 and the F1-70 instrument will be available in May.