Morphing platforms and multi-use spaces are features likely to grow in popularity, as they provide owners with more than one option for a particular space. But what other ideas could make the superyachts of tomorrow even better? 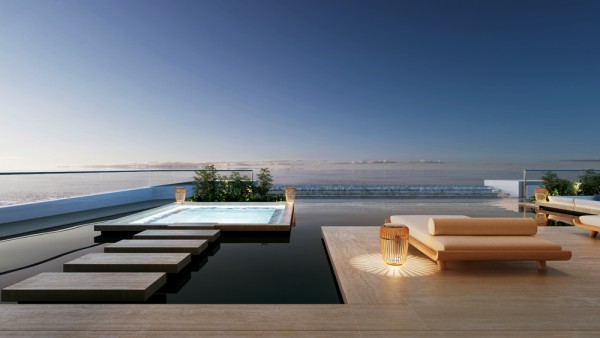 Morphing platforms and multi-use spaces can only but grow in popularity in the coming years, as these solutions provide owners with more than one option for a particular space, making the most of the internal volume and exterior areas. The transformation and automation of spaces was a hot topic at SuperyachtDESIGN Week 2014.

“It has to be useful, safe and beautiful in its movement and noise — something that better serves the needs of the user,” said designer Dimitris Hadjidimos from D-ID at the event. While this thinking has been featured on some vessels already — such as on Tankoa Yachts’ 69.3m Suerte, which has a section of the upper deck that can transform into a room thanks to partitioning walls — it is an idea that could be developed much further to include the exterior of the vessel.

An example of this is in Pastrovich Studio’s 90m X-Kid Stuff concept, where the studio played with the idea of retracting walls to expose large areas of the interior to the elements while allowing for different spaces to be created. “The internal walls are modular and slide on rails, providing the owner and guests with the freedom to alter the internal layout as they see fit,” said principal designer of the studio Stefano Pastrovich. The Italian is also a big fan of reducing the number of decks to bring owners closer to the sea.

Last year, Sinot Exclusive Yacht Design unveiled Symmetry at the Monaco Yacht Show. The 180m concept includes a water feature that blurs the line between the end of the deck and the horizon. Located on the owner’s private upper deck, a two-centimetre-deep pool surrounds the superstructure to create an illusion that brings the owner closer to the sea, if only visually.

“The master stateroom is like a pavilion,” explained designer Paul Costerus at the yacht show. “When the owner is in bed looking forward it feels like they are literally sitting on the water. A few steps at the end of the deck, with water cascading down them, create the same effect as an infinity pool.”

While the tiered-cake appearance of certain larger yachts might be unfavourable to some, a large interior volume will always be highly desired, making solutions such as this an interesting proposition. This, together with a carefully executed beach club, makes for a strong combination.