SuperyachtNews.com - Fleet - First explorer yacht from the K-Series by Floating Life on display at MYS

The 42.8m vessel was custom-designed for a live-aboard client… 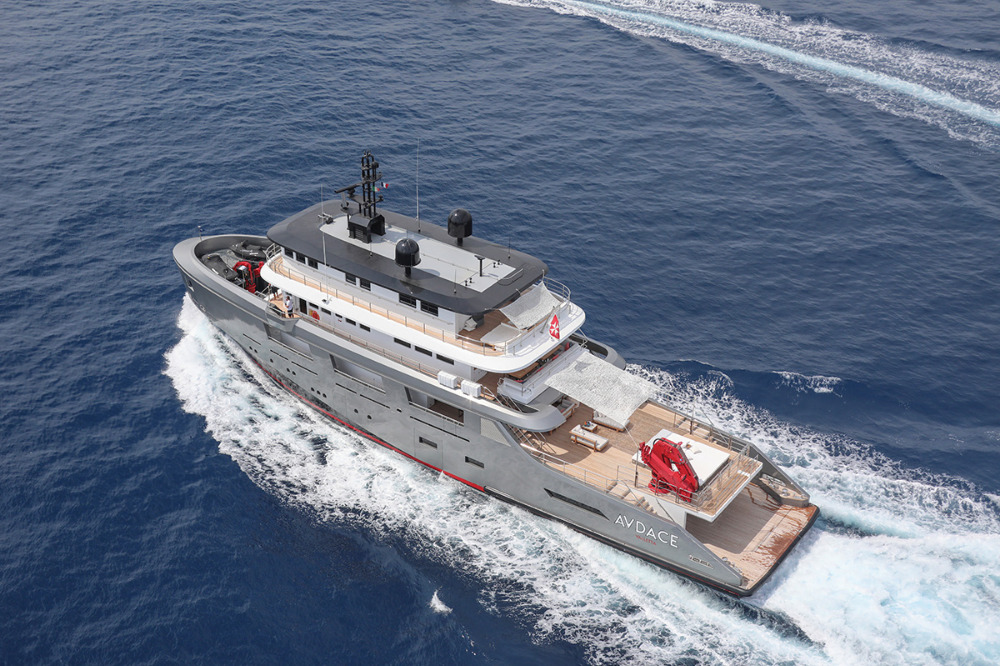 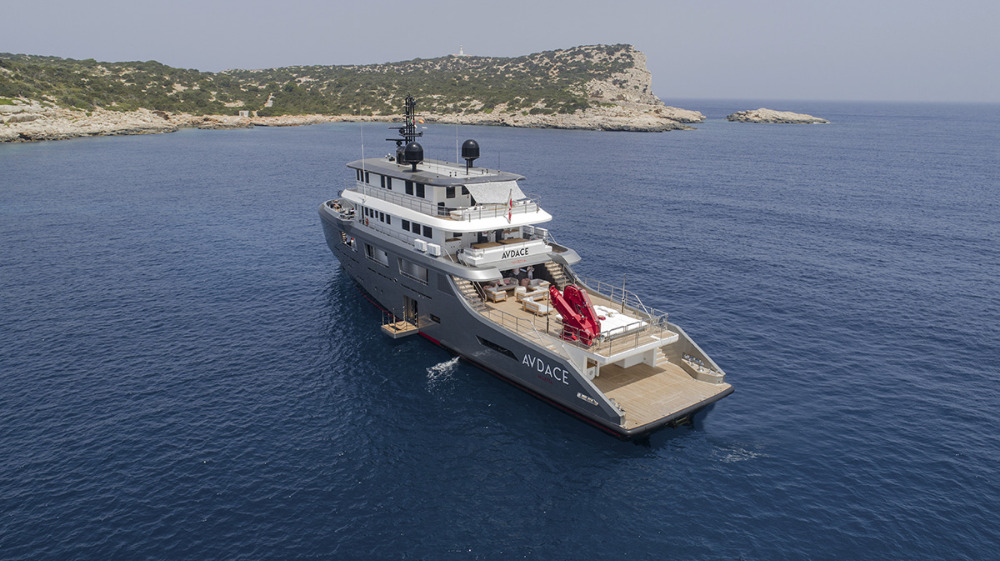 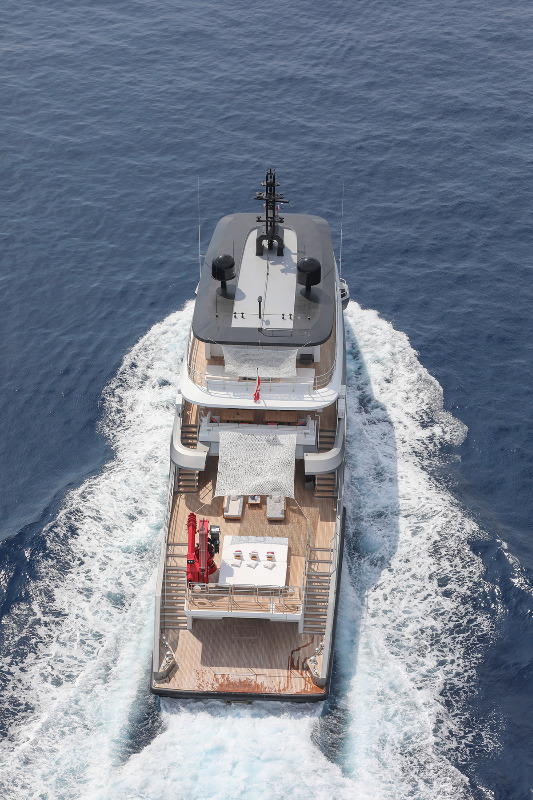 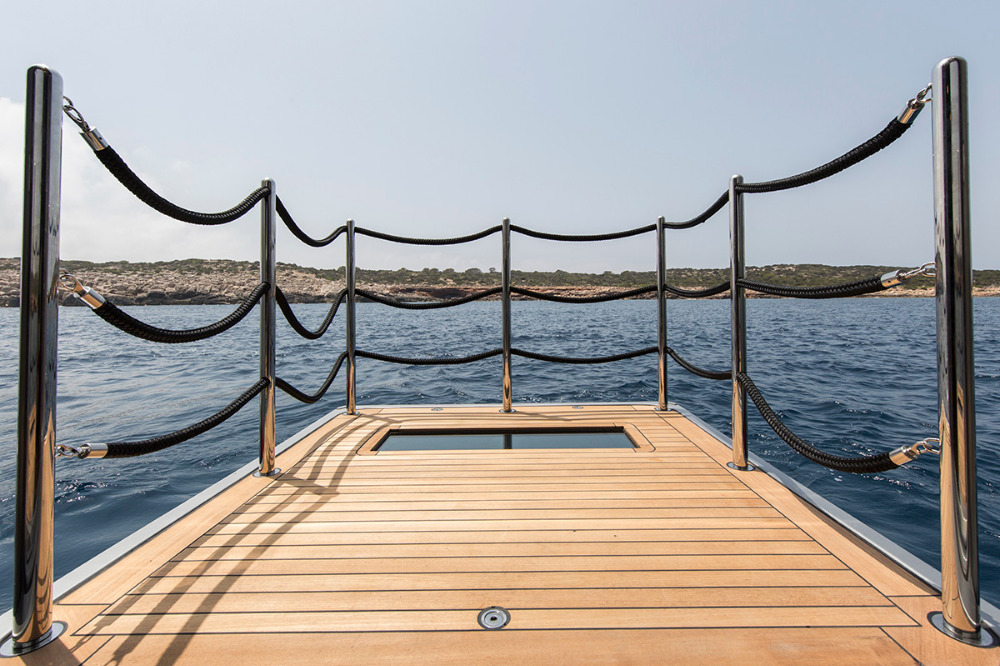 In January 2019, 42.8m M/Y 'Audace' was launched and delivered to her owner at the Anconca-based Cantiere delle Marche shipyard. Designed by Floating Life and Studio Sculli of Sarzana, she was engineered by Sergio Cutolo/Hydro Tec.

Currently on display at Monaco Yacht Show, Audace was entirely custom-designed and built for an expert sailor and experienced superyacht client who intends to live aboard, therefore the design team worked closely with the owner, who was actively involved throughout the project.

In order to fulfil his dream of exploring the world on his yacht, the owner tailored the vessel to his personal requirements on many levels with extensive changes implemented throughout the design and construction process, and commissioned Floating Life not only to design the craft but to act has his representative and project manager throughout her construction and future developments. In our upcoming edition of The Pacific Superyacht Report, we consider the ‘explorer vessel’ concept in more detail, further to an increasing trend for this type of yacht.

CEO Andrea Pezzini, described Audace as, “An ongoing, constantly evolving adventure embarked upon for a longstanding, exacting client who showed faith in us once again with Audace, a new and complicated project.

“The first explorer in the K-Seriesto become an extraordinary reality. The first K42 satisfied her owner (and Floating Life) not just as a concept but, most importantly of all, because of her innovative content."

Speaking exclusively to SuperyachtNews when the project was sold in 2017, Vasco Buonpensiere, sales and marketing director at Cantiere delle Marche shipyard, said, “The decision of setting up a one-off unit has been quite a natural evolution (to say it with Charles Darwin) here at CdM. We have been asked for all of these years to build one-off projects designed by the best naval architects for amazing yacht owners, and we have always declined because we wanted to build this venture on the strongest fundaments possible.”

Audace is a K42 - a product of the Floating Life K-Series which spans six expedition yacht designs of between 38m and 47m. Recently, Floating Life have also reportedly received a 75m commission which will be a complete departure from the other model.

From a sustainability perspective, Audace’s welding was upgraded to reduce the amount of non-recyclable filler used on the hull by up to 80 per cent.

Four double cabins across the main deck and the lower deck accommodate guests of Audace, accompanied by generously sized communal areas such as a sun pad, bar and lounge. On the main deck, two red cranes can hoist up to 9t, and thus can easily move the vessel’s 9m tender stowed aft and the Land Rover Defender stowed forward. A sea platform on the lower deck opens into a 55 sqm soundproofed entertainment area, alongside a professional kitchen which can reportedly serve a very large number of guests.

The bottom deck is taken up entirely by the technical area and includes a walk-in technical tunnel that allows crew to move along the length of the yacht, without interrupting guests. It also has enormous cold rooms for food and wine plus a control room and engine rooms that offer space for a vessel of this size. Audace’s storage capabilities and her range of 5,000 nautical miles suggest that she is able to spend extended periods at sea - as her owner has intended.

The Superyacht Business Report out now