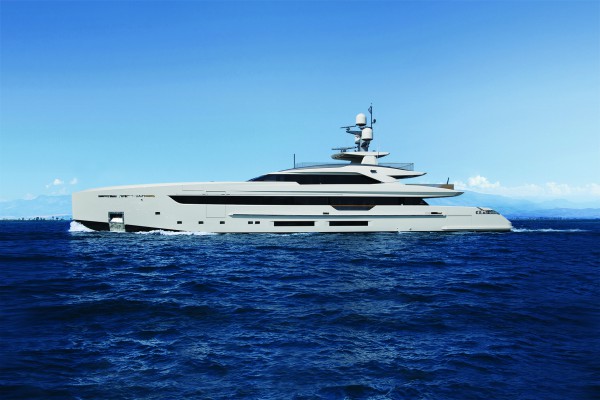 Following the launch of 49.9m Tankoa S501, now known as M/Y Vertige, Tankoa has relayed positive feedback after the yacht’s first sea trials. According to the shipyard, conditions weren’t in the yacht’s favour, yet she managed to exceed the contracted speed requirement by 0.5 knots.

Having been launched at the end of February, the yacht has since undergone a period of further outfitting. According to the original plans, the yacht was to be assessed in calm seas with a maximum wind speed of 5 knots. However, on the first day of sea trials, waves were recorded at over a metre with a wind speed of up to 30 knots.

“The first trials, which lasted about eight hours, were simply incredible,” says Eduardo Ratto, general manager of Tankoa yachts. “Vertige reached a top speed of 16.5 knots at 60 per cent load (about 33,000 litres of fuel and more than 20,000 litres of water). She has a range of over 5,000 nautical miles at 12 knots, which really makes a difference for Atlantic crossings.”

Ratto adds: “There were no vibrations at all, and the decibel readings were lower than contracted levels. For example, in the owner’s suite and vip cabin levels were below 50 decibels.”

In a statement to the press, Tankoa explained that all the manoeuvres set by international standards were performed and done so with excellent stability, “even when the stabilisers were not initiated”.

Like that of 69.3m M/Y Suerte, which was delivered in 2015, Vertige was designed by Francesco Paszkowski and has very much stuck to the emerging Tankoa trademark of angular and contemporary styling. While comparatively Vertige has a more elongated appearance with a lower centre of gravity, Paszkowski has preserved the long rectangular windows in the hull, which are a strong characteristic on Suerte’s profile.

According to the shipyard, the original brief handed to Paszkowski was to “achieve a perfectly balanced, fluid and timeless design, that will not look like what is currently offered to the market”. Additionally, to “offer perfect circulation flows for owners and guests, providing them with the possibility to move from deck to deck and from inside to out without interfering with the working crew, while at the same time, giving the crew total freedom of movement.”

Although details on the interior styling are yet to be announced, we do know that the “modern and warm” interiors have been created by the Paszkowski team in cooperation Margherita Casprini.

The yacht, which was sold in February 2015, will now finalise the trial process and be delivered later this month.