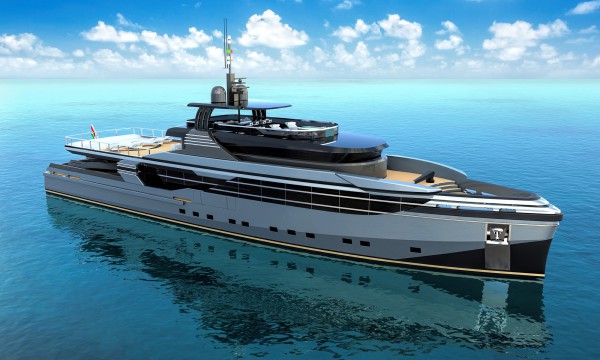 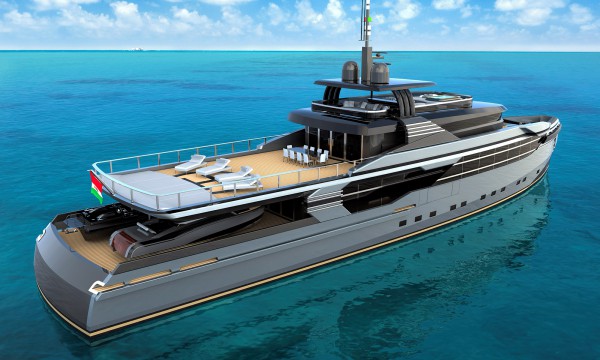 Italian design studio Federico Fiorerntino has unveiled a new collaborative explorer project with Italian shipyard Eurocraft Cantieri Navali. At 46m, the new project would be the largest superyacht built at the shipyard, which since 1991 has built three superyachts with an average LOA of 37m.

While the shipyard has demonstrated intermittent activity in the superyacht market for the last 25 years, 2017 sees a return to form with the shipyard having one 43m yacht scheduled for delivery. The new project was designed in-house and is currently under construction at the facility in Vado Ligure, Italy.

The new 46m expedition yacht is described by the studio as “a true crossover,” referring to its contemporary style and exploration capabilities. It features a powerful and almost asymmetrical and bruitsh exterior, the concept is certainly a stylistic upgrade for the shipyard. This is the second concept the Italian design studio has created for Eurocraft, following the 43m Eldoris concept, which also has the contemporary style and long cruising range of the new 46m concept.

The design studio explains that they’ve “intergrated some typical elements of workboats in the design, such as the atypical bow, that with the addition of fenders recalls the bow of a tugboat.”

We’ve seen this kind of inspiration from the commercial and military markets before in 2015, with 55m Atalante by CRN. In this case the yacht was inspired by the aggressive lines of military vessels and, much like the new 46m explorer yacht, has particularly angular lines and a vertical stern with plenty of exterior space on the aft deck.

With this large amount of open aft space, the yacht has plenty of storage space for large tenders up to 10m as well as space for toys. As an optional extra, the studio has explained that the yacht can be built to ice class compliance for real global cruising.

The project is currently listed for sale with Yacht & Villa International with an asking price of €23.25 million and a suggested built time between 24 and 30 months.