Are large support vessels preferable to the very largest superyachts? 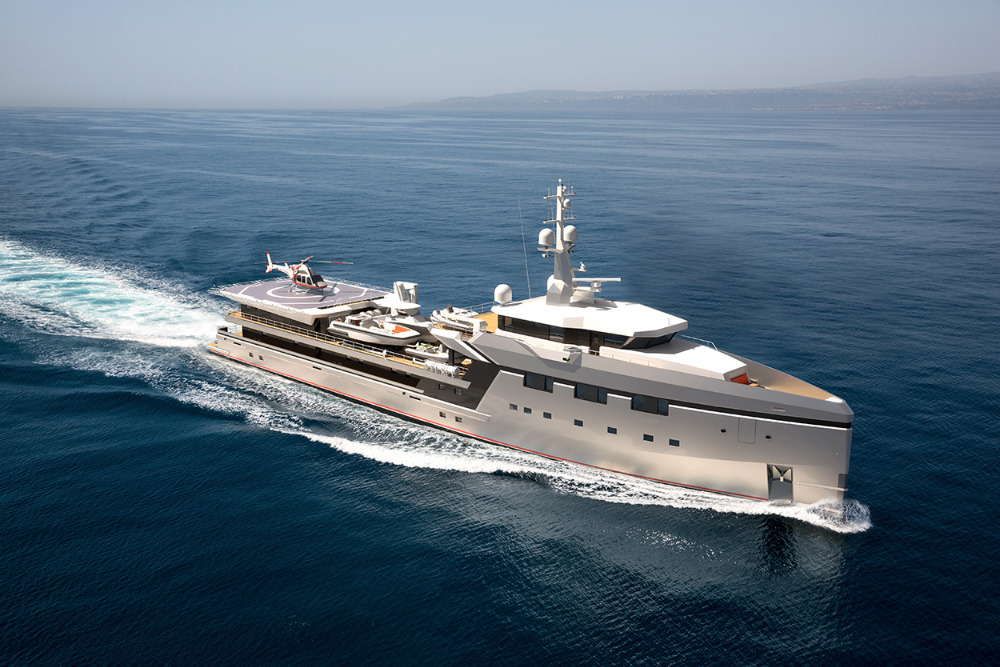 Dutch yacht builder, DAMEN, has signed a new order for a 75m bespoke support yacht, which will be the largest to date when delivered in 2022. The news has been announced just a couple of months after the launch of 46m, YS 4508 model, ‘Joy Rider’.

The new 75m signing’s customised inhouse design is based on DAMEN’s newly developed YS 7512 model in the DAMEN Yacht Support range. Wright Maritime Group have provided consultation on the custom design and technical development, and will also supervise the project on behalf of the client.

According to The Superyacht Agency, the average volume of 70-80m yachts is 1,720gt, while DAMEN’s new 75m yacht support will have a volume of approximately 1,900gt, and will hangar a helicopter with a D14 value, state-of-the-art environmental equipment and capacity for containerised emergency relief support equipment, alongside a range of specialised marine gear and tenders. The vessel will reportedly be able to accommodate up to 45 people including crew, special staff and guests.

“She will be the largest [yacht support vessel] to date,” said Rob Luijendijk, director sales at AMELS and DAMEN, “which I think continues to show the scalability of the support solution for large superyachts”. Research by The Superyacht Agency shows a spike in the recent average LOA of the DAMEN fleet and order book, suggesting that these vessels will continue to grow in size, in response to the support required by the mothership. 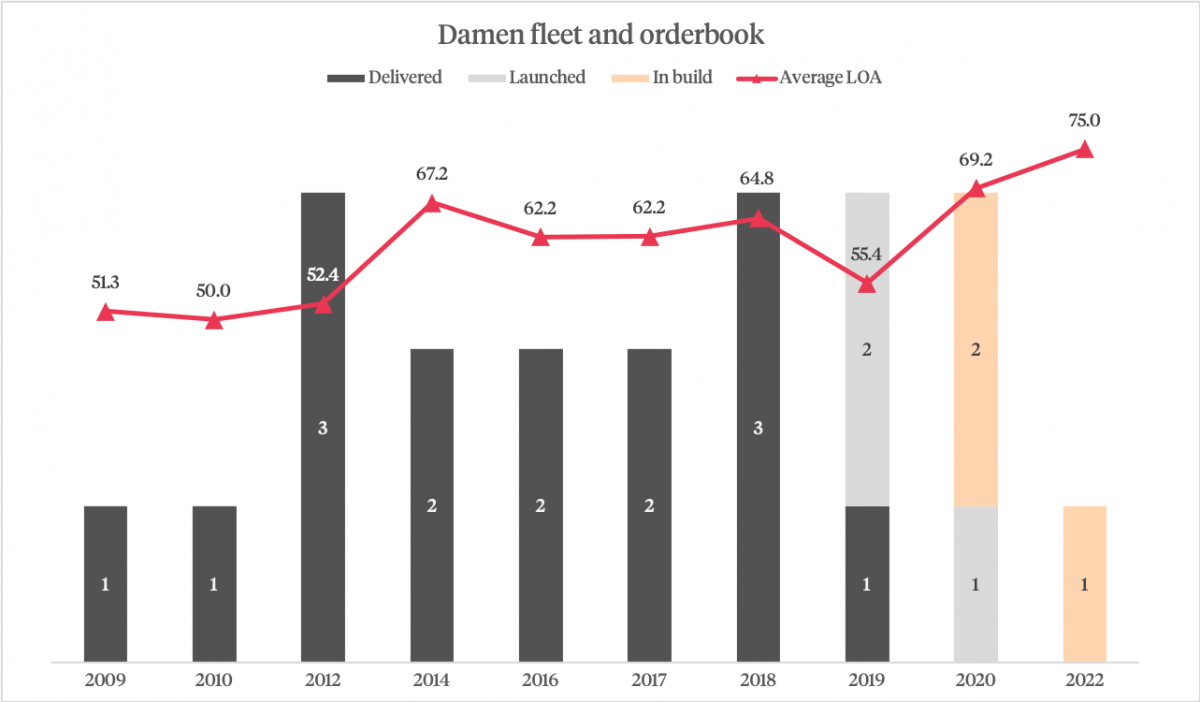 In our most recent edition of The Superyacht Tenders Report, we consider ‘the rise of the support vessel’ (available here) and the growing dependence on them in order to host the increasing number of tenders and toys that the new generation of owners are in favour of.

However, the increasing size of the support vessel, including DAMEN’s new signing, also concurs with the idea that it is more cost effective for owners who require more storage space to purchase a support vessel than a larger motoryacht or superyacht. For example, according to DAMEN, the average 55m superyacht costs around €38.5 million and has a volume of around 707gt with 25sqm of tender and toy storage. By comparison, a 74m vessel will cost around €90.5 million, have a 1,790gt volume and 130sqm of storage space. This amounts to a 235 per cent increase in price, a 1,083gt greater volume and a 400 per cent increase in storage space. However, if one chose to purchase a 55m support vessel rather than a 74m mothership, the initial expenditure would be €13.5, the total volume of the two vessels would be 1,172gt and total storage space would be 250sqm. This represents a capital saving of around €37 million, a 900 per cent increase in storage capacity and a 465gt volume increase. 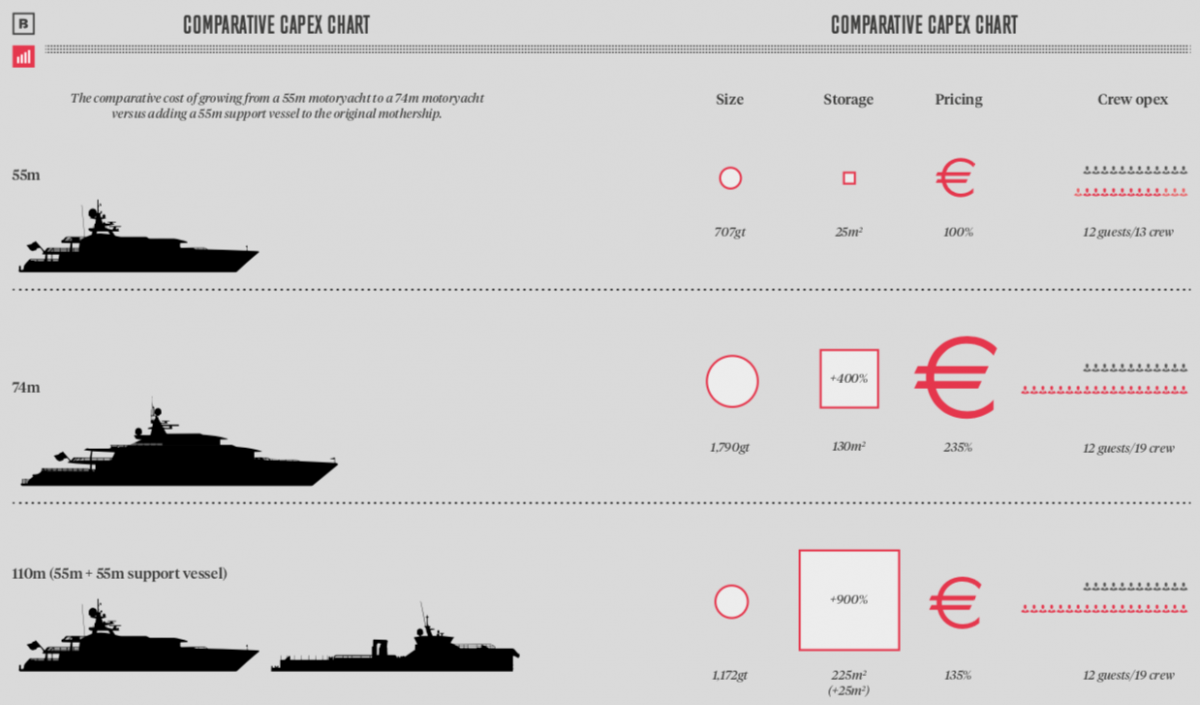