Following on from the model’s debut last year, there are already nine owners of the Navetta 33… 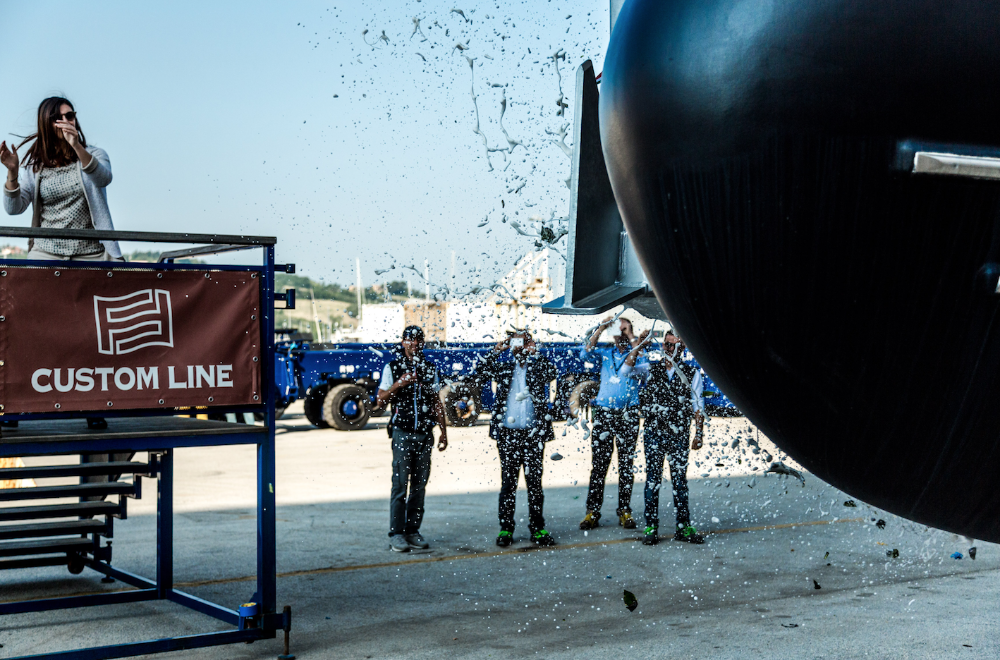 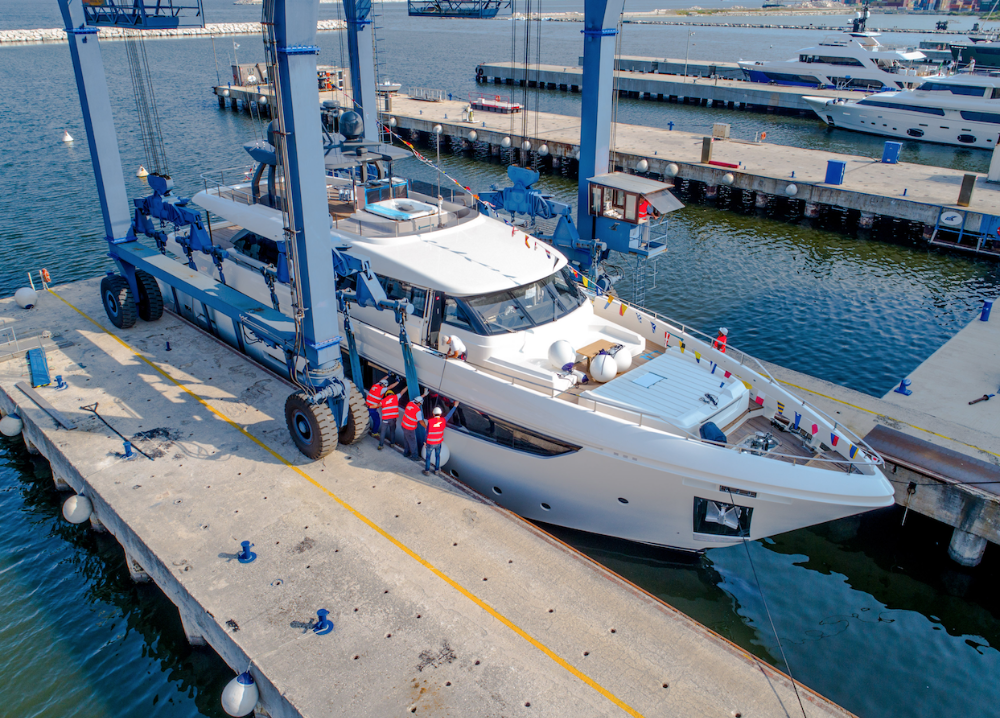 Italian shipyard Custom Line, a subsidiary of the Ferretti Group, has announced that the fourth Navetta 33 model has been launched at its shipyard in Ancona, one year on from its official debut to the market. At 33m, the new project is the second superyacht to benefit from the new semi-custom arrangement after the Navetta 37.

According to the shipyard, “Seaworthiness, comfort, safety and customisation,” are the elements that form the core of Custom Line projects. The newly launched 33m vessel is the result of collaborative efforts on the part of the shipyard’s Product Strategy Committee, which is led by Pier Ferrari, the in-house engineering office and Studio Zuccon International Project, which is responsible for the yachts exterior styling.

A darker colour scheme has been selected for this new launch, with plenty of wood, predominantly provided by Dutch supplier Alpi, which has a particular focus on sustainable wood sources and socially responsible trade. Custom Line has also specified that many designer brands have been included throughout the yacht’s interior, including Missoni, Paola Lenti, Roda, Ethimo and Poltrona Frau, among others.

Custom Line has announced that following on from the model’s debut last year, a total of nine Navetta 33 yachts project have been ordered, which according to the shipyard “is driving the project to become a best seller in the Custom Line fleet.”

According to The Superyacht Annual Report 2018: New Build, Custom Line has been recognised as the sixth most active shipyard, based on the criteria of cumulative LOA delivered over five years. With a cumulative LOA of 648.4m, the shipyard now has 16 yachts under construction, six of which are Navetta 33 models.

The newly launched vessel will now embark on a period of sea trials prior to its delivery, which is scheduled for later this year.

Heesen teams up with BehneMar

A closer look at M/Y 'Irisha'