Couach Yachts has re-entered the market with its new range, designed by Espen Øino.… 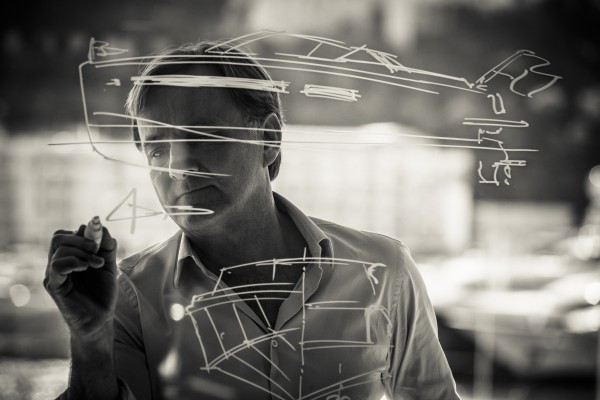 This week, after a period of deliberation, Couach Yachts revealed its plans for the future during a discussion held at the Yacht Club de Monaco. Alongside what is essentially a re-entry, Walter Ceglia, the new CEO of Couach Yachts, and designer Espen Øino unveiled the new semi-custom range, which is based on the heritage of the French shipyard.

After 120 years as a marine pioneer, Couach Yachts has decided that it’s time for a new chapter in the business, to re-assess and update the company and address the challenges of the 21st century head on. The French shipyard, established by Albert Couach, is even responsible for creating the world’s first marine engine in 1897, and it’s this level of innovation and expertise the shipyard would like to resurrect.

Passion is something which Couach holds as one of its most important values, and was one of the things which attracted new CEO Walter Ceglia to the organisation. But most importantly, Couach Yachts is a company that makes the entire yacht in-house. “I wanted to be responsible for a company which handles its product from start to finish, including the design and commercialisation,” says Ceglia.

This is a rare find in the large yacht market, and is often deemed unfeasible due to the complexity and expense that accompanies the concept. “In our world of slightly larger yachts, shipyards tend to be assemblers, dealing with equipment and parts which have been made all over the world,” states Espen Øino. The difference with Couach is that the operation is entirely executed in-house, building its own hulls, its own steel fittings and its own interiors with a whole array of craftsmanship, which most shipyards would outsource. “I feel like Couach is one of these hidden French treasures,” comments Øino.

The new superyacht range is based around the heritage and tradition of the company, with the fundamental aim to discover the Couach brad identity. “In order to establish the brand identity, the shipyard sourced the images of all the yachts, from when Couach was established up until today,” explains Øino. “We found that up until the quite recent past, the boats had a very linear design language which, for me, is timeless. Simpler is better from my view.”

As a result, these simplistic design cues have been implemented throughout the entire range, which consist of five lines and a total of 20 new models. The simplicity of the yachts’ profiles, however, doesn’t deter from their character, but makes them more powerful. For a shipyard that has always focused on yachts around 35m, one of the more challenging moves has been actually scaling down and introducing a range that begins at 26m.

During the short design period of a few months, the team at Espen Øino carried out a design analysis on the stylistic qualities of the Couach fleet. “What we found is that on larger yachts, most people don’t spend much time inside,” explains Øino. Often, particularly in the Mediterranean, people only use their yachts when the weather is good, and as a result the inside spaces are heavily underused. So what we tried to do here is create some large glazed surfaces in the main saloon, that can be opened up.”

There are two yachts currently under construction at the shipyard – the 4400 Fast Fly plaining hull and the 2305 Fly, which is also a plaining hulled yacht. After heavy investment, the next few years will be an extremely significant period for the French shipyard as it grows and develops its stance in the superyacht market.