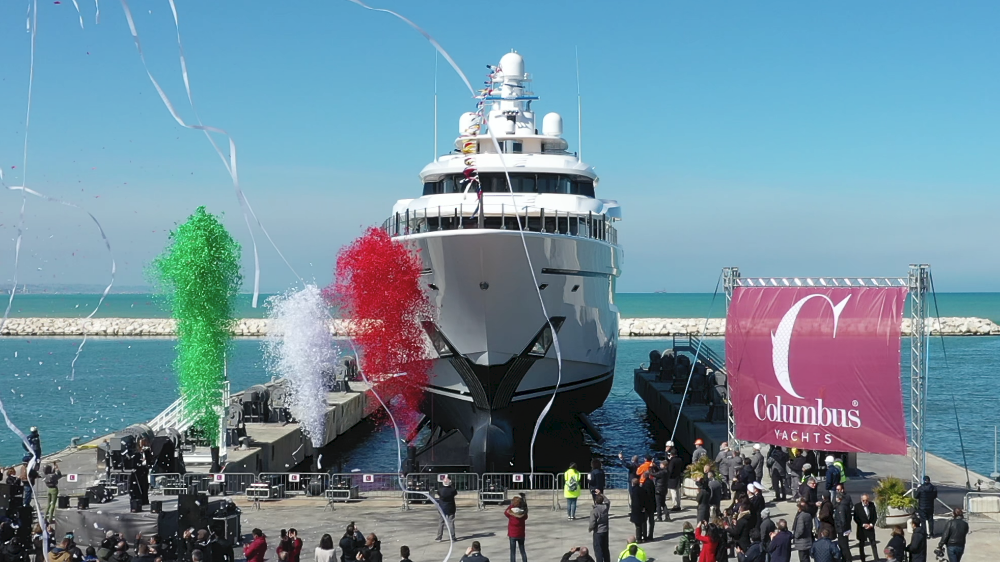 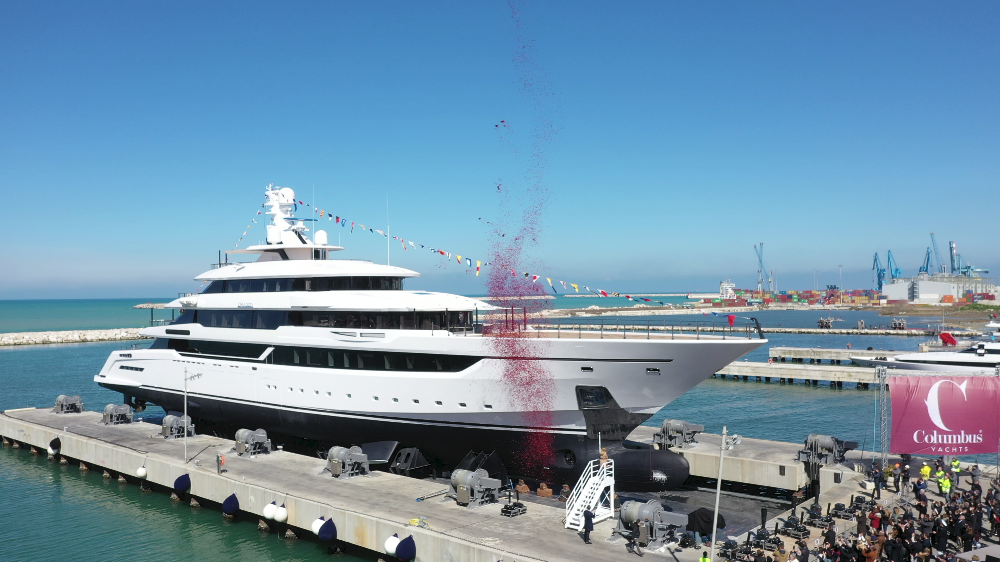 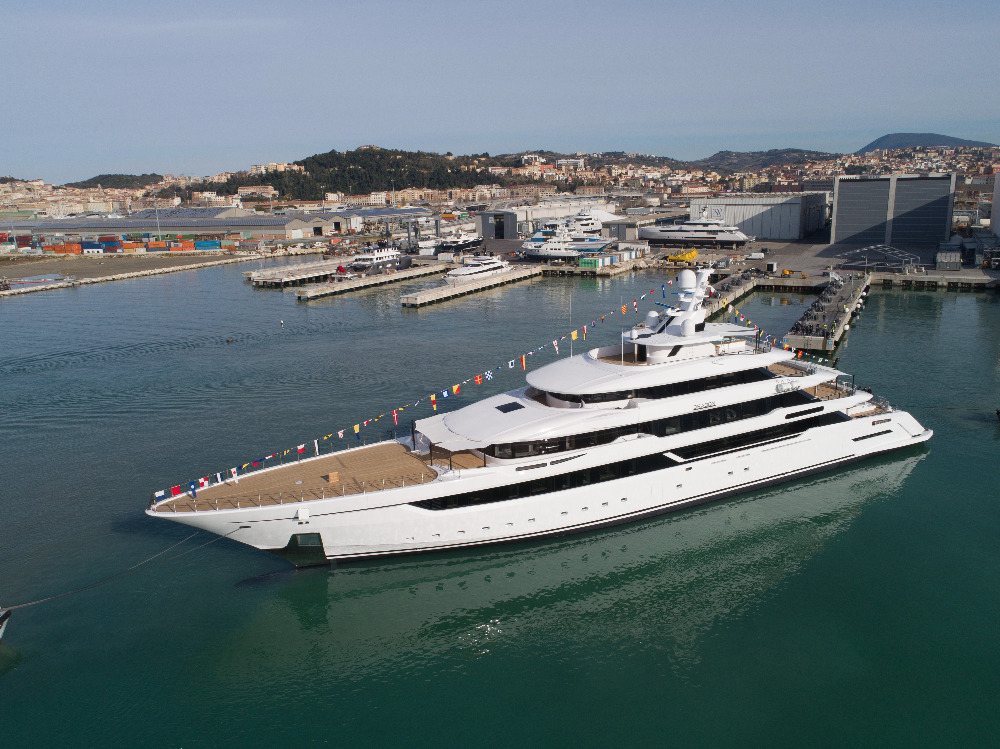 The event saw a celebration of the shipyard’s largest new-build to date, and thus the materialization of a successful business venture which had been undertaken by Giuseppe Palumbo in 2011, when he invested into the superyacht industry.

Spanning across six decks, Dragon houses five guest cabins on the main deck, with the owner’s quarters on a dedicated deck. Further features include an eight metre swimming pool on the aft deck that is fitted with counter-current facilities, while the fourth deck displays a 200sqm beach club alongside a fully equipped wellness and spa area.

Dragon is powered by twin 2,240 kW MTU engines, enabling the yacht to reach a maximum speed of 16.5 knots, and a range of over 6,000 nautical miles at 12 knots. Combining her LOA of 80m and 13m beam, Dragon has an internal volume of nearly 2,300gt. The launch operation was performed using Palumbo Superyachts’ brand new syncrolift, capable of lifting up to 3,300 tons.

According to The Superyacht New Build Report, which is out now, 59% of superyachts ever built were delivered in Italy, the United States and the Netherlands, with Italy contributing to 30.9% of this total. From 1865 – 2018, Italy tops the charts ahead of the UK, US, Germany, the Netherlands and Turkey, with its delivery total of 1,660 superyachts.

Having been commissioned in 2016, Dragon is scheduled for delivery this summer in time for her international debut at the 2019 Monaco Yacht Show.

For the comprehensive analysis of the new build market, don’t miss The Superyacht New Build Report, available now. To find out more or to subscribe, click here.