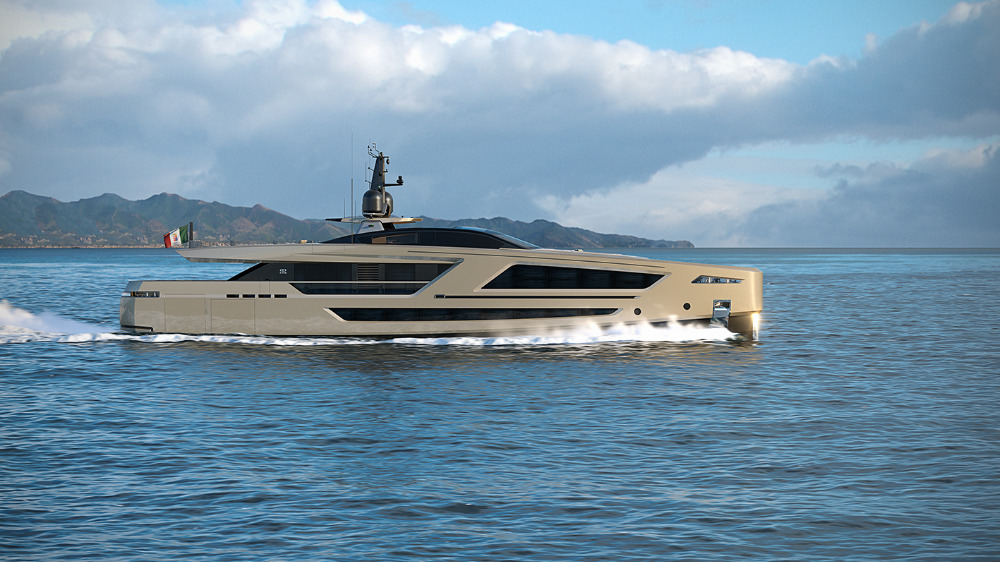 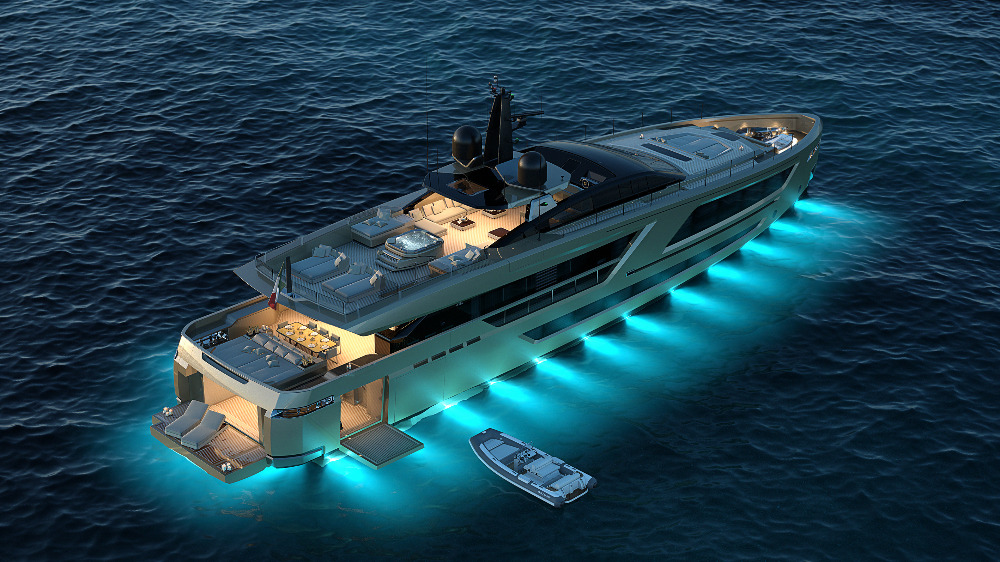 After securing the order in September 2018, Italian shipyard CCN has confirmed that the fifth 40m superyacht from its Fuoriserie range is on track for delivery in the summer of 2020.

Named M/Y Panam, the new project was sold to a European client, with Giovanni Tuomi from Infinite Yachts acting as intermediary.

Earlier in July, the 340gt project was moved inside the shed for outfitting,including completion of the hull and superstructure, interior layout, and installation of hydraulic equipment and insulation. CCN has also reported that work on the guest areas and crew quarters on the lower decks has now begun.

Named M/Y 'Panam', the new project was sold to a European client, with Giovanni Tuomi from Infinite Yachts acting as intermediary.

Described by the shipyard as “slender and aggressive”, the project was designed entirely by Francesco Paszkowski Design, in cooperation with Margherita Casprini. A series of large and irregularly-shaped windows characterise the yacht’s modern profile. 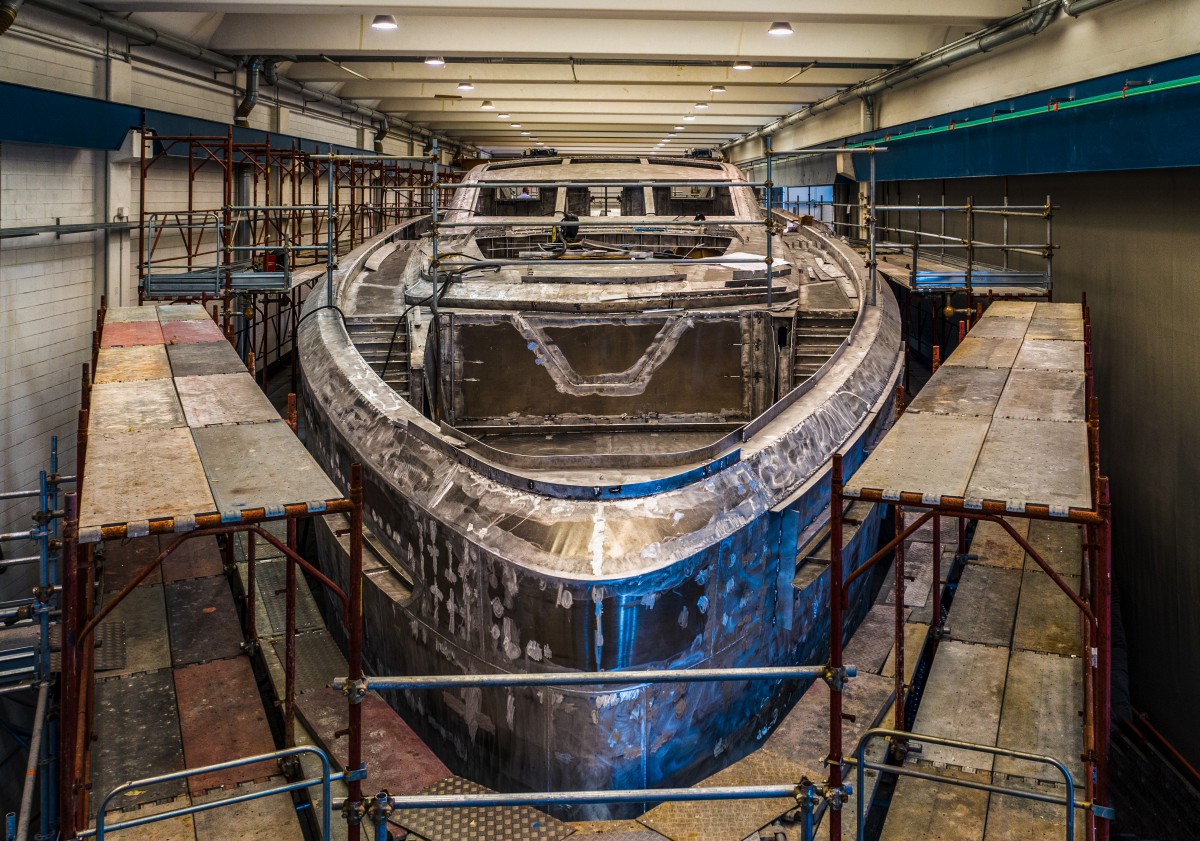 Complete with an aluminium alloy hull, three V16 2000 MTU engines and KaMeWa water-jet engines, upon completion the 40m superyacht will be able to reach speeds of up to 31 knots. Furthermore, all of the technical components on board, including the mast and the roll bar are in carbon fibre, so as to reduce overall weight.

Activity in 2019 has been positive at the shipyard this year, having sold Project DOM123, a 37m yacht designed by Stefano Vafiadis with Camper and Nicholsons, as well as launching 31m Vanadis, which is scheduled for delivery this year. 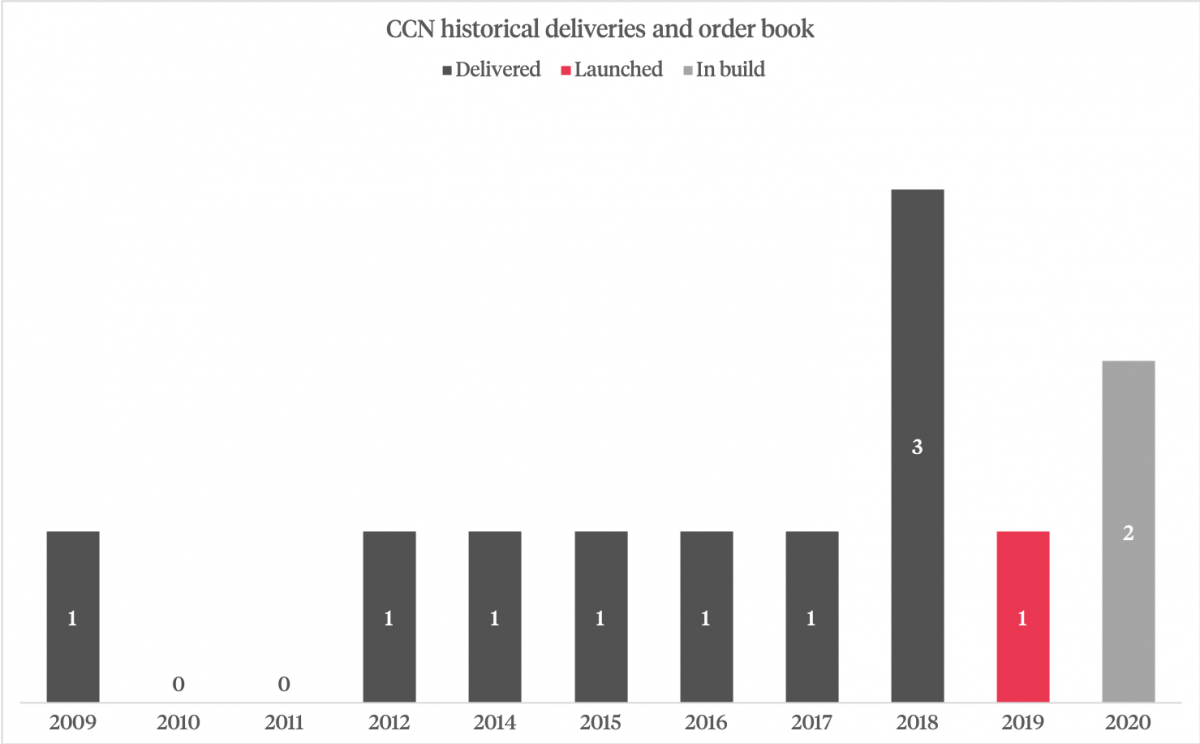 Now, the shipyard has three yachts under construction, all of which will be delivered by the end of 2020.