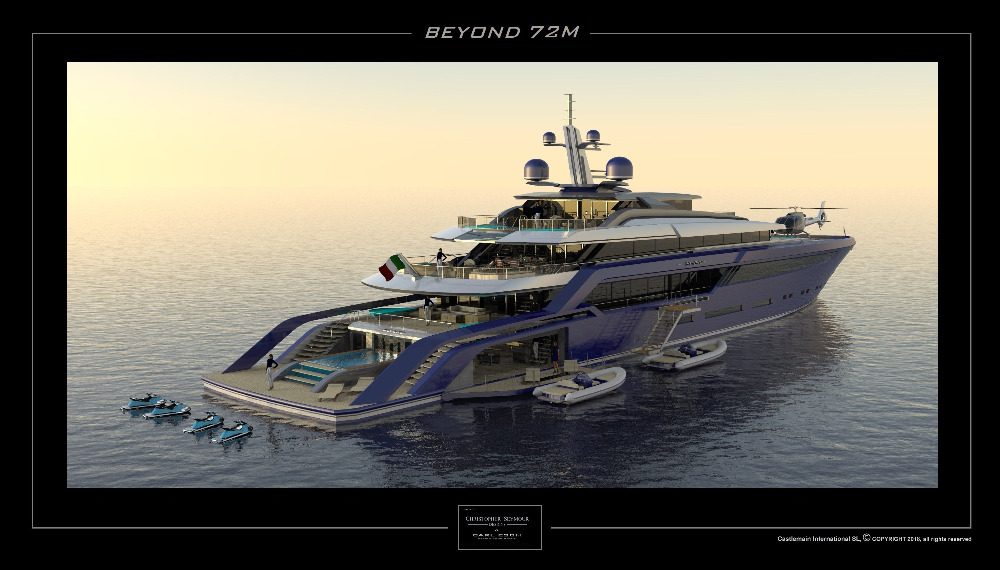 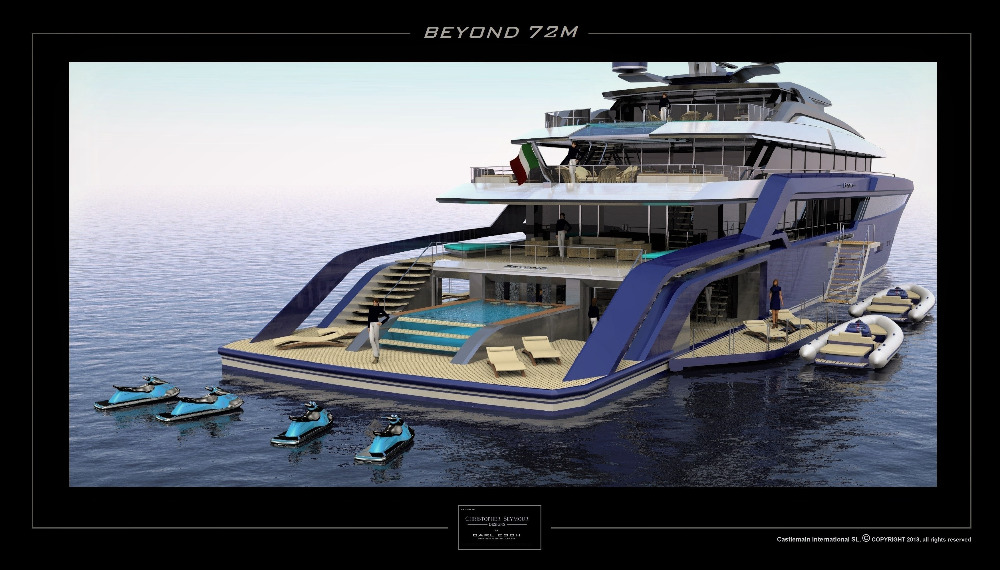 Starting at 50m Castlemain International’s Beyond series currently features five designs across five size categories, which are adaptable to the preferences of the client and the technical platforms of the builder. Currently, the Beyond series has a 50m, which sits just under the 500gt threshold, followed by a 62m, a 68m, a 72m, and a 82m.

The series’ sleek exterior styling was created by renowned superyacht designer, Christopher Seymour, who also created the exterior styling of Fincantieri’s Griffin series, along with Castlemain International. The interiors of the yachts will then be created by Guido de Groot and his team, who will style the interior to the owner’s preferences.

The aft deck and transom concept features a split-level pool, which connects the aft deck to the bathing platform, connected by a waterfall to the aft lower deck. This arrangement can, of course, be altered to meet the desires of the owner, as with other elements across the new superyacht range.