Cantiere Delle Marche (CdM) has announced the sale of a 32m explorer yacht, which caps what has been a very fruitful month for the Italian superyacht builder… 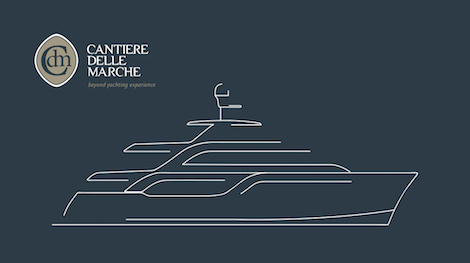 Cantiere Delle Marche (CdM) has announced the sale of a 32m explorer yacht. According to CdM, as well as the 32m explorer, the shipyard is currently involved in negotiations for a further three yachts over 30m.

Currently known as Acciaio, the new 32m explorer has been sold to a European ship owner, who was introduced to CdM by Konstantin Kolpakov and Richard Kaye of Arcon Yachts.

Penned by renowned superyacht designers Hydrotec, the yacht was designed specifically for the client, who was attracted to the world of explorer yachts, their design characteristics and capacities.

Acciaio is the first CdM yacht to feature an enclosed tender garage, placed aft of the engine room, instead of the usual lazarette.

As predicted by SuperyachtNews.com at the beginning of 2016, it is certainly the year that proves Cantiere delle Marche is becoming a serious superyacht builder, both on the commercial and on the product level.

”Bruno Piantini, general manager of CdM, comments: "The data that we are analysing, and we will disclose at the CdM annual press conference at the Yachting Festival in Cannes in September, are simply amazing, especially when you consider that CdM was born only six years ago.”

The President, Gabriele Virgili, adds: "In addition to commercial and industrial successes, I think that there is reason to be truly proud of the fact that CdM has remained the shipyard that we have always wanted: a shipyard where passion, human relationships and - why not? - the fun when doing what we love the most, remains at the centre of our daily life”.

The largest Sanlorenzo ever built sold

Two birds with one stone for Cantiere delle Marche