Burgess Marine has announced the completion of three major refits including 'Lady A', currently owned by Lord Sugar… 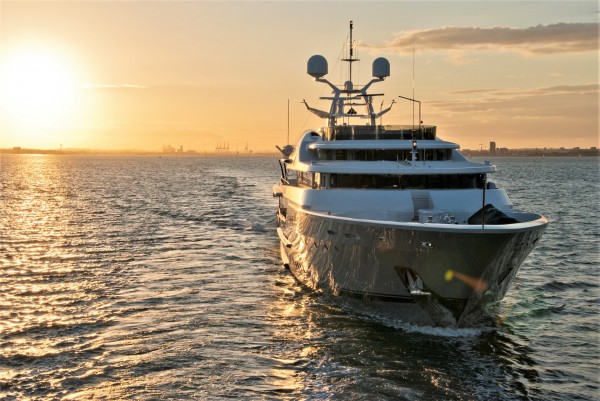 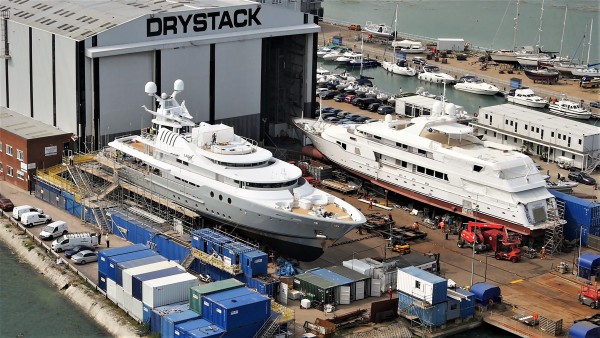 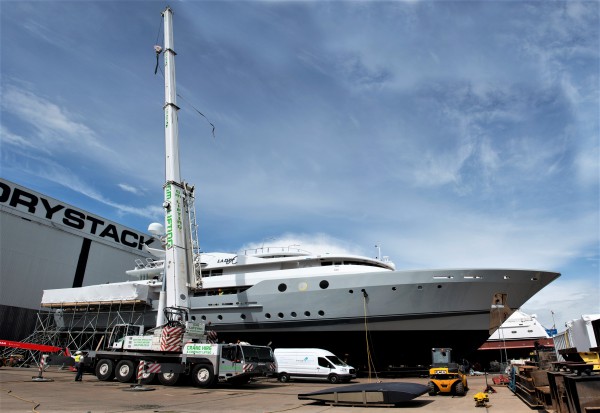 British refit facility Burgess Marine, one of the largest independent ship repairers and marine engineering service providers in the UK, has announced the completion of three major refits. With a cumulative LOA of over 162m, the completion of these three projects has opened up capacity for another major refit this winter. So, what are the benefits of choosing to carry out major refit work in the UK?

While the falling of the pound has diminished purchasing power for the British citizen overseas, a number of positives have emerged as a result, including the reduced cost of British labour and the cost of products and services for foreigners.

“Our facility in Portchester is perfect for a winter refit,” says Nicholas Warren, CEO of Burgess Marine. “The devalued pound coupled with our exceptional British craftsmanship really does make our refit solution both great value for money and well worth further consideration. To see what can be done you’ve only got to look at M/Y Lady A, exhibiting at this years’ Monaco Yacht Show with Edmiston; she’s a superb example of what can be achieved by bringing your Superyacht to the UK for a major refit.”

Designed by Jon Bannenberg in 1986, the 55.17m motoryacht Lady A, now owned by Lord Sugar, was relaunched earlier this year following a ten-month refit at Burgess Marine’s Portchester facility.

“Refitting Lady A at home in the UK was a real, genuine pleasure,” says Lord Sugar, the Owner of Lady A. “The team at Burgess Marine know their stuff and the quality of the end product is simply outstanding. Owners that have made their money in the UK should definitely consider spending it in the UK with the likes of Burgess Marine; British engineering and workmanship is something to be really very proud of and on the south coast there’s the know-how and passion to make the most challenging refit a reality.”

According to The Superyacht Annual Report 2017: Refit, northern Europe accounts for more than 36 per cent of refit projects carried out in 2016, which is the largest regional percentage in the world. The subject of refit and repair will be a key debating topic with intelligence driven sessions at The Superyacht Forum this year.

The newly refurbished Lady A will be at the Monaco Yacht Show with Edmiston this week.