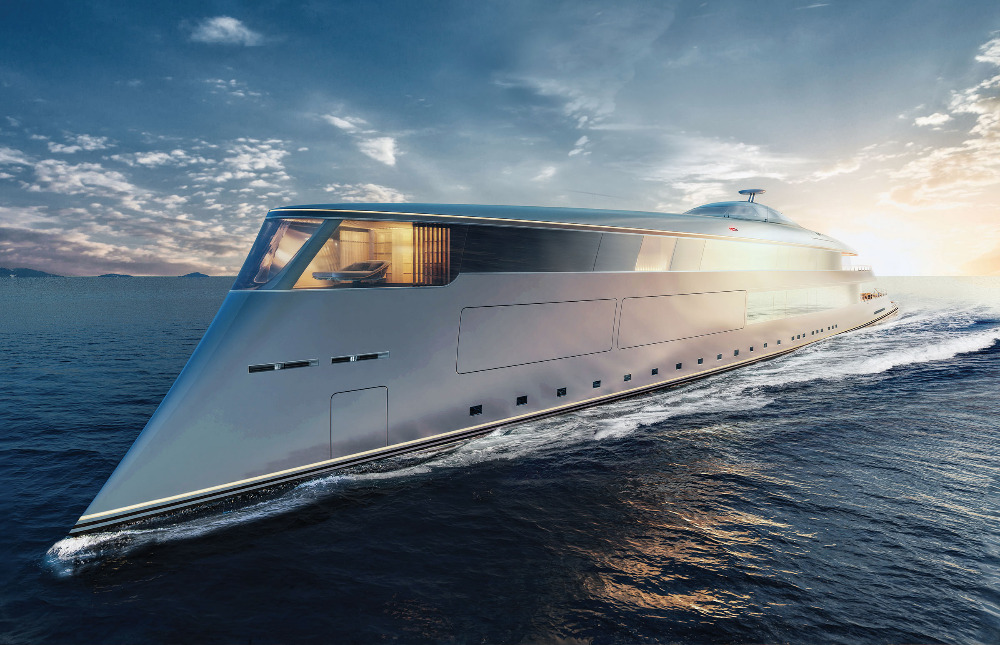 The superyacht industry is often wildly misrepresented by the wider media, from the publicising of high-profile, celebrity projects based on hearsay, to wrongful accusation of illicit laundering used to fund our market. Such stories, which for international publications may seem trivial, are often wildly inaccurate, causing unnecessary confusion and distraction from what is actually happening in the superyacht industry.

“The hydrogen concept Aqua is not linked to Mr. Gates (or his representatives) in any form or matter. Sinot Yacht Architecture & Design has no business relationship with Mr. Gates. Aqua is a concept under development and has not been sold to Mr. Gates. Unfortunately, all 'information' in these recent articles is factual incorrect.”

“The hydrogen concept Aqua is not linked to Mr. Gates (or his representatives) in any form or matter. Sinot Yacht Architecture & Design has no business relationship with Mr. Gates. Aqua is a concept under development and has not been sold to Mr. Gates."

Ordinarily, there is a raft of confidentiality clauses and non-disclosure agreements which bind this industry and prevent information such as this being leaked to the wider media. The type of UHNW client that we have in the superyacht industry means that these clauses are respected and adhered to by key stakeholders and it is highly unlikely that a shipyard or design studio would run to a media outlet to brag about their latest high-profile contract.

This is not the first time, and it won’t be the last, that through a lack of understanding the mainstream media has wrongly interpreted a concept to be a real-life, floating vessel, jumping on a bandwagon that focuses on the [universally inaccurate] price tag and various excesses of the vessel, which in reality is purely an example of the scope of a designer’s vision and creativity.

The case of Sinot Yacht Architecture & Design’s impressive Aqua concept, is an example of the wider media feeding a culture of misinformation and misunderstanding towards the superyacht industry, and it is frustrating from our perspective, as it deters from the realities of our market and replaces it with click-bait and untruths.