Among the plethora of futuristic concepts, we look at yachts that place an interesting focus on the inverted bow.… 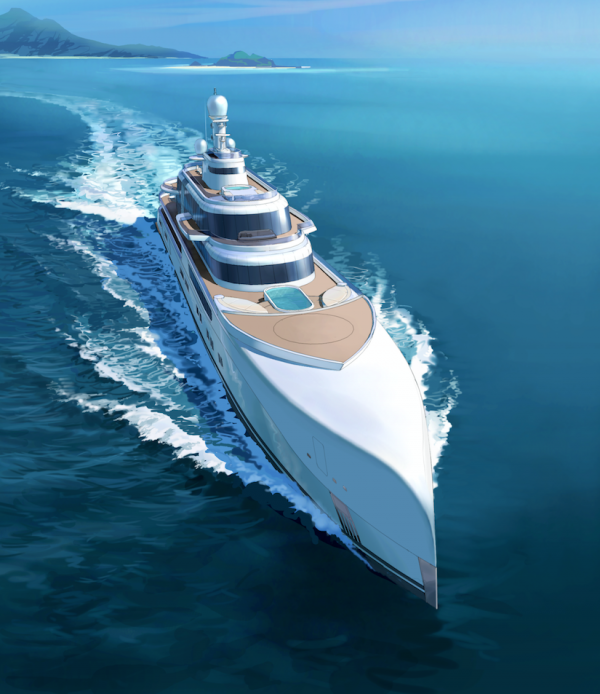 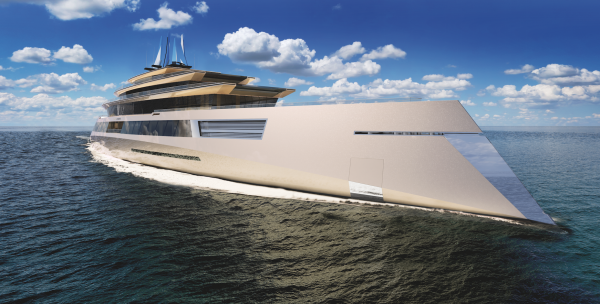 There is never a shortage of implausible ideas in the overabundance of conceptual exterior designs that surfaces almost every day. But there is something truly wonderful when a once throwaway idea transforms into a common and widely used feature. Its almost an industry wide recognition of the rate at which design is progressing and, in particular, the importance of the more futuristic conceptual design. The majority of the ideas we receive are in no way feasible but are fundamental elements to the progression of yacht design.

One of these now widely used elements is the inverted bow – a revolutionary design feature which effectively turned conventional hull design on its head, creating an entirely new futuristic profile and totally different kind of yacht. Its become such a widely used feature in concept design over the past eight years that there is now an abundance of inverted bow concepts available to the market, each with their own unique take on the future of superyacht design.

Feadship was the first shipyard to introduce the inverted bow to the superyacht market in 2008 with the completion of 72.8m M/Y Predator. However, this unique superyacht was actually the product of a study that began in 2003 when, according to Feadship, “A designer from outside the yachting industry asked Feadship to investigate the feasibility of designing and building a superyacht based on a semi-submerged concept.” As a result, the Dutch shipyard began a detailed technical research study to establish how this could be achieved. It wasn’t until 2004, when Feadship entered into discussions with the future owner of Predator, who was looking for an aggressive and fast-looking yacht, that the studies continued and Predator was deemed feasible. It was delivered four years later.

Since then, the inverted bow has become more prevalent in design circles and each of the following concepts demonstrates its own unique design cues and insights into the future of superyacht design as well as what we could be seeing built in the next few years.

Four of the most prominent inverted bow concepts have been chosen and analysed to uncover the major design cues of this hull configuration and how designers are differentiating themselves through futuristic design within this discipline.

This article will be published in full in issue 175, the first edition of The ‘new’ Superyacht Report, published in January 2017. The magazine is available free for VIP subscribers. To apply please click here.

Do we need to update the superyacht general arrangement?