The Italian shipyard celebrates its second ‘gigayacht’ of this year… 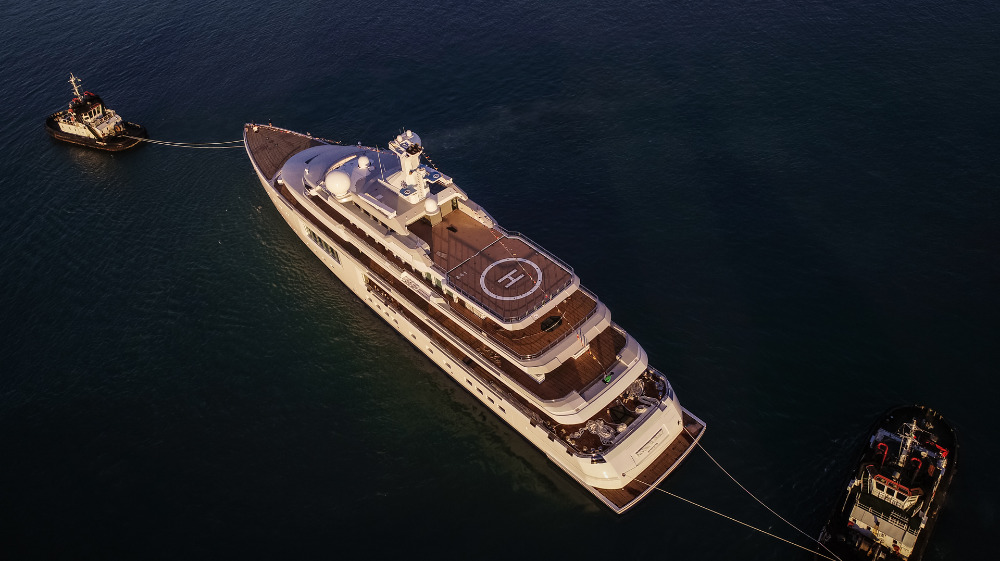 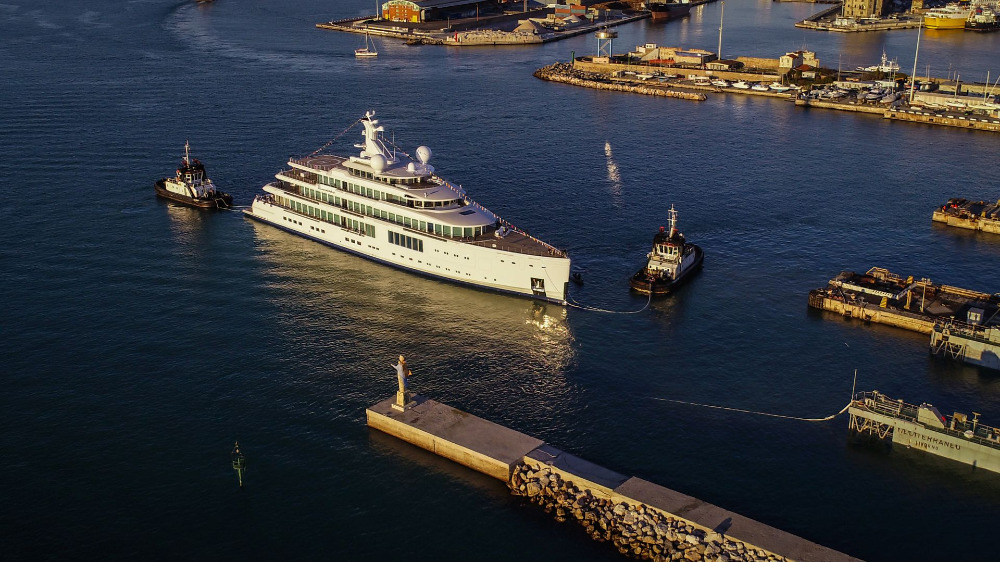 There was a celebration in Livorno, Italy, this week, as Benetti launched its latest vessel, 107m M/Y FB272. A steel yacht with aluminium superstructure, the yacht was built to comply with the Passenger Yacht Code (PYC).

FB272 has a displacement of above 5,500 GT, a length of about 100m and a beam of 17m. The yacht is fitted with a pioneering hybrid propulsion system, which has diesel-electric engines and two Azipod propulsion units connected to a special battery pack. This was conceived and provided by the owner, for silent, vibration-free navigation. The owner and the shipyard collaborated closely with the Burgess Technical Services team throughout the project.

During the design phase, the owner worked on the exterior design with Hugo van Wieringen, Azure Naval Architects, Reymond Langton Design and Zaniz Jakubowski, Zaniz Interiors (who also worked on the interior design and crew areas). The exterior was then finalised with Giorgio Cassetta, Benetti’s in-house designer.

In addition to pushing the shipyard’s boundaries of size, FB272 also features a number of technological advancements. Six generators produce 1,000 KW each, which is managed electronically. This system is then used to charge 35 tonnes of batteries, meaning that the yacht can operate for 12 hours without the engine running. Other notable elements of the yacht include a ‘waste heat recovery’ system, designed by the owner, which is able to save large amounts of energy, making the yacht as eco-friendly as possible. The vessel also has three-metre height windows, with over 800 sqm of window glass across the whole yacht.

This is the second ‘gigayacht’ launch for the shipyard, with another expected in the coming months. “On this auspicious day, I could not be prouder to stand here among Benetti’s family, friends and colleagues to witness the launch of our latest enthralling creation. This iconic project has had a huge impact on local industry and, after more than two million hours of skilled work from over 100 suppliers, we can truly pronounce her as a wonderful achievement for Livorno and the “Made In Italy” ethos as a whole,” said Azimut Benetti’s President Paolo Vitelli in a statement from the shipyard.

The so-called ‘Gigayacht’ season from Benetti is a result in a huge investment plan, including new facilities and an increased team of experts. As illustrated in The Superyacht New Build Report (now available to download here) Benetti delivered 32 yachts in the 40-60m size range between 2014 - 2018, the largest producer in this area of the market. The shipyard’s expansion into the larger size range of 100m+ vessels supports its place in the market as one of the strongest yards in the superyacht world.