The yard has announced the successful delivery of its 108m 'FB275'… 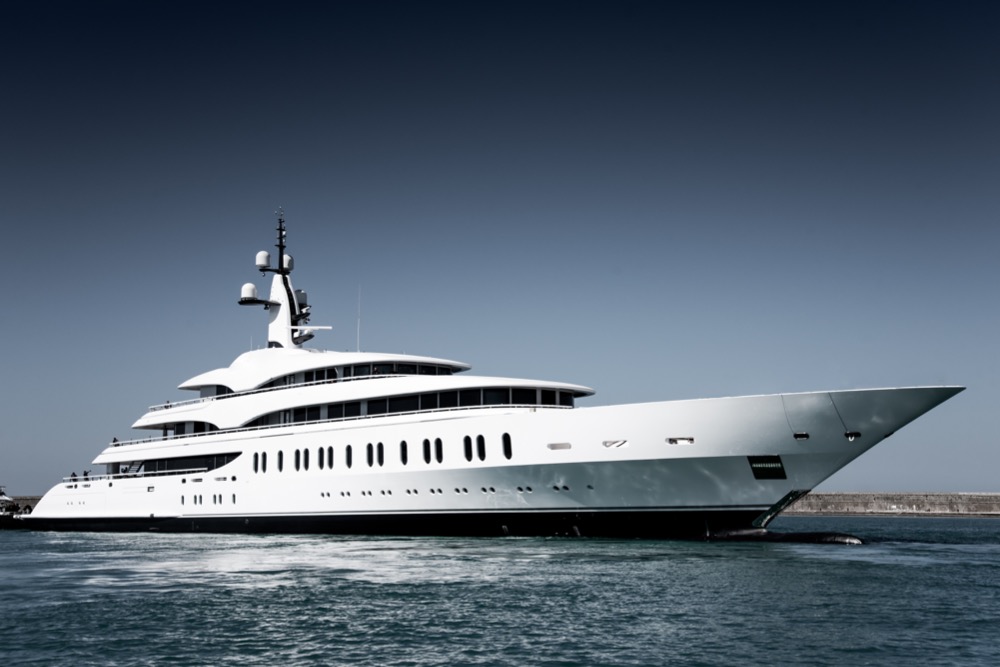 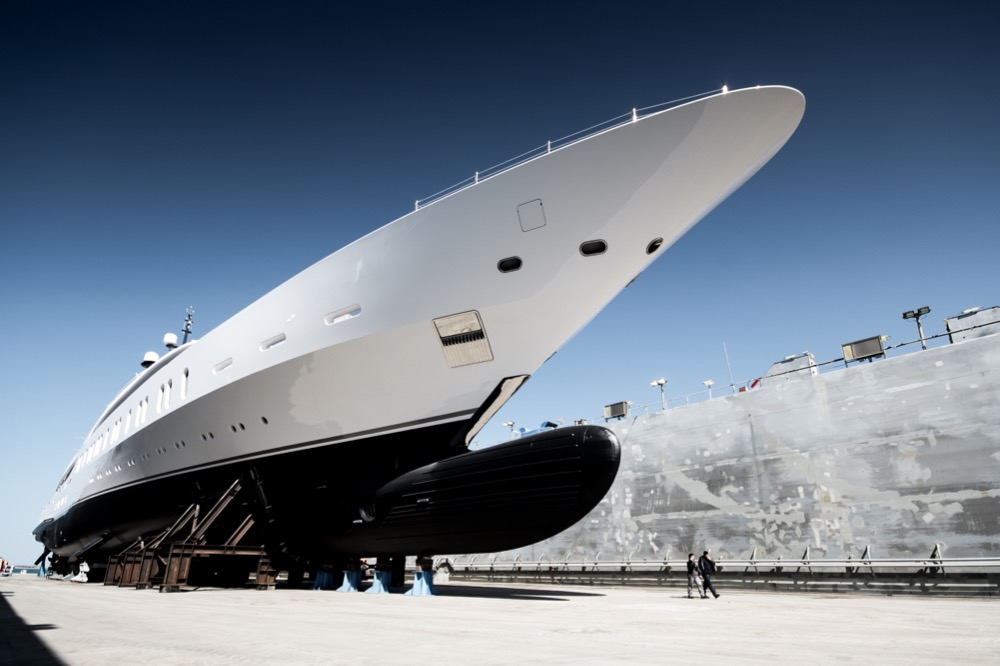 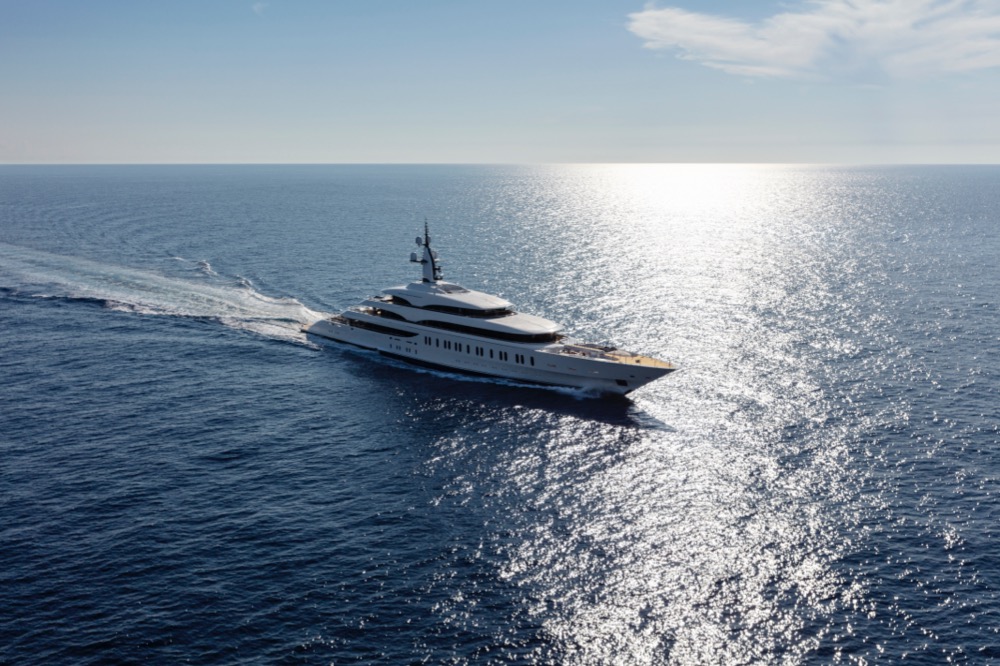 The yard has announced the successful delivery of its 108m ‘gigayacht’ flagship FB275. The longest yacht ever built by Benetti departed its facilities in Livorno today.

FB275’s exterior, which has a 14.5m beam and more than 1,000 square metres devoted to outdoor living spaces, was designed by the British design house RWD. The vessel has been designed with evening entertainment as its central function. She features an observation deck, a popular feature for owners that enjoy stargazing, while the 1.5m fire pit installed on the bridge deck has also been included with the aim of further enhancing one’s evening at sea.

“Many years in development, the exterior lines were created to portray a purposeful and powerful stature yet with a timeless flowing silhouette. Significant engineering accomplishments on board coupled with such an elegant exterior form, masterfully crafted by Benetti create a unique statement - of which RWD’s whole team are incredibly proud,” comments Adrian Chisnell, RWD’s team principal on the project.

The interior spaces were designed and finished by Benetti’s in house team. A yard representative described the results as a “great success.”

“Under the supervision of Maria Rosa Remedi, from Benetti Interior Style Department, Mauro Izzo and his team worked tirelessly on FB275’s interiors design for 500,000 work hours. Focusing on processes has allowed us to take a big step into the future of large yacht building – all the while maintaining a quality of a gigayacht that we are proud to brand Made in Italy,” comments Mr. Fusignani, Benetti’s CEO. 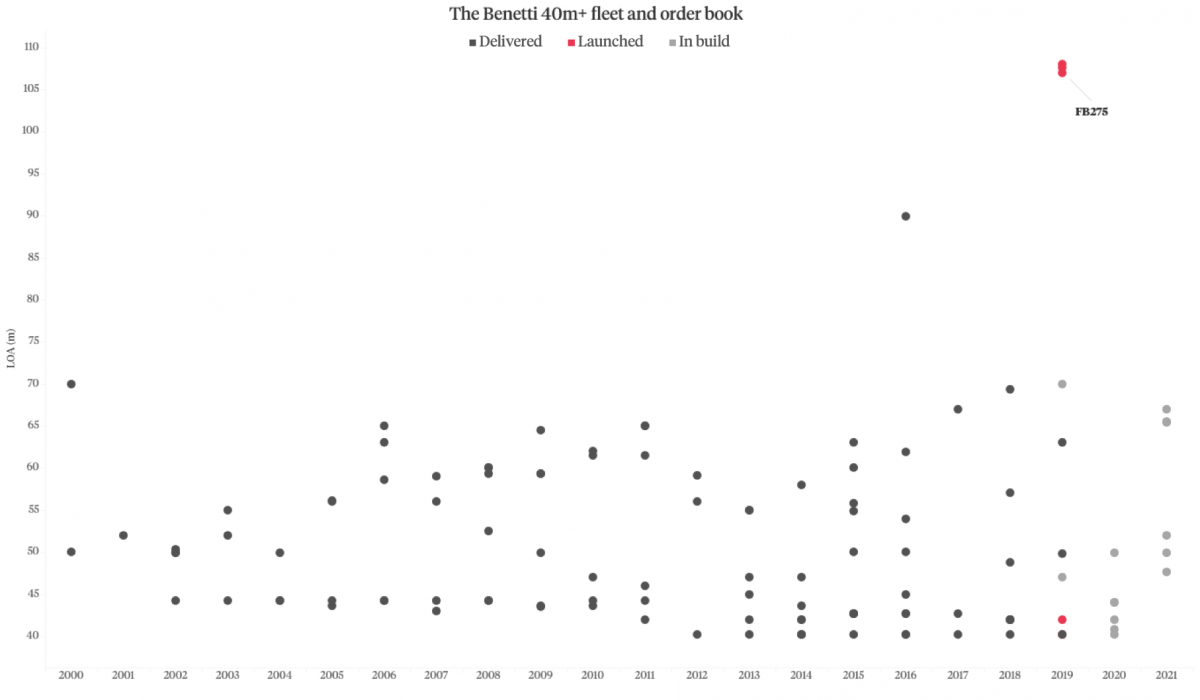 The last few years has seen Benetti attempt to break into ‘gigayacht’ market, delivering its first 90m-plus yacht in 2016. With FB275 now delivered to her owners, the handover of the 107-metre FB277 will follow shortly, followed by the delivery of FB272 in the second half of the year.