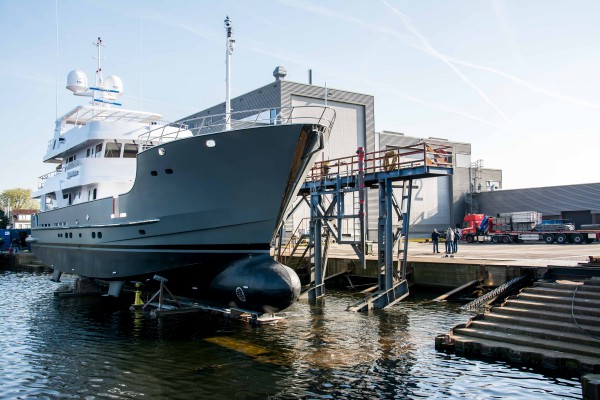 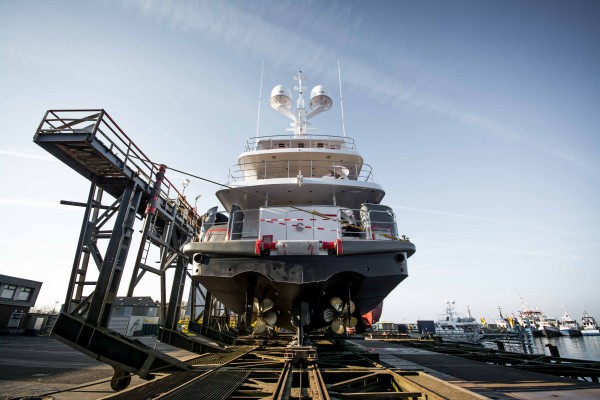 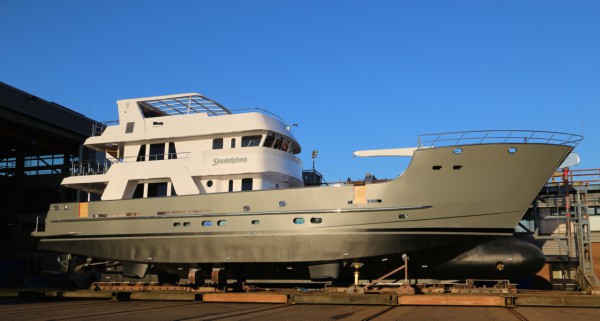 After entering the shipyard in Urk, The Netherlands, in 2015, M/Y Sandalphon, formerly M/Y Gisele, has re-emerged from Balk Shipyard three years later having been completely rebuilt from the ground up. While the new build status of the shipyard appears to be lacking, Balk’s refit activity has been thriving with a healthy stream of major projects.

According to the shipyard, “This unique project cannot be framed as a refit, or as a new build, but it’s the perfect example of a rebuild.” The initial task of the project was to strip the yacht down to her bare frame in order to almost completely rebuild it. Azure Naval Architects were chosen to examine the project and recreate the yacht in the best way possible. It was here that Sandalphon needed to be extended several meters to balance the yacht out.

“This yacht has been challenging for my team,” says Daan Balk, CEO of Balk Shipyard. “Stripping down a yacht to rebuild it again might be a harder job in comparison to a new build.” For the lengthening of the yacht, it was cut in two places, one amidships where she has been extended by three meters and once at the aft of the yacht, where one meter was added, resulting in a new LOA of 31m.

In addition to the major task of lengthening the project, Balk also examined Sandalphon to determine what is required by way of redesign and restyle in collaboration with Azure Naval Architects. “With hard work, expertise, and dedication, we have achieved the result that the owner wished for,” Continues Balk.

“Our first collaboration has been very successful and I sincerely hope that we can make this a long-term relationship,” says Erik Spek, managing director of Azure Naval Architects. For Balk shipyard, its fleet of three superyachts have all been collaborative projects, with the likes of Ken Freivokh Design and Dykstra Naval Architects.

The final design of the yacht has been accredited to Azure Naval Architects and described by her German owner as having “turned into an elegant explorer,”

Following the launch of Sandalphon, she will now undergo a period of trials and final outfitting prior to her delivery, which is scheduled at the end of May or the beginning of June.