The new order is scheduled for delivery in spring 2022… 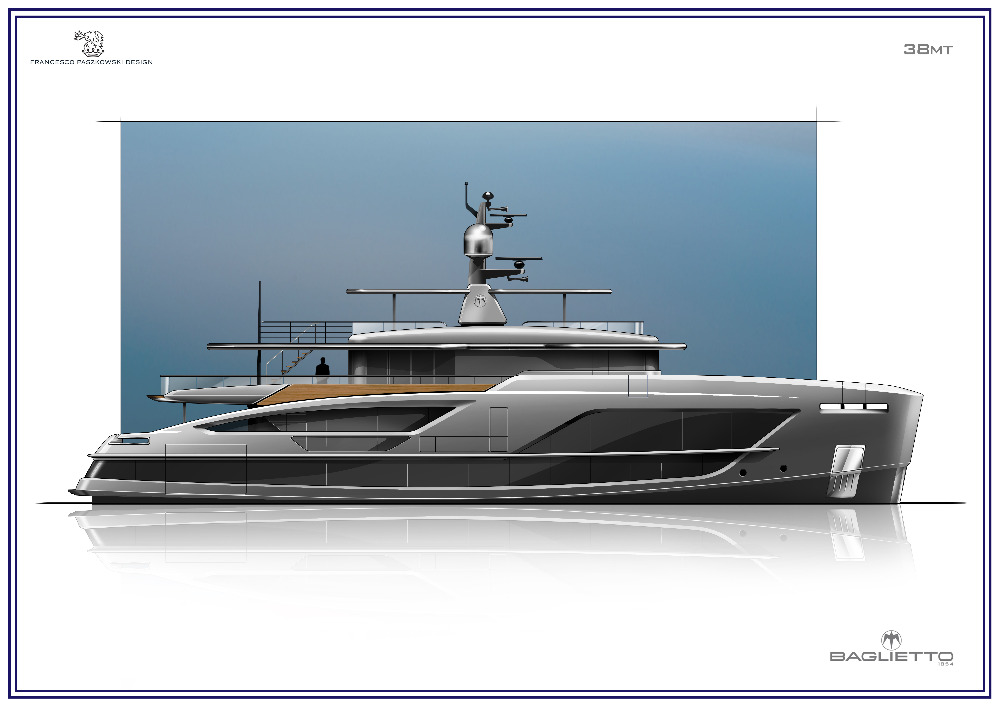 Italian shipyard, Baglietto, has announced the sale of a new 38m V-Line project, which was first introduced to the world during the Monaco Yacht Show. This year has got off to a great start for Baglietto which delivered M/Y Severin’s last month and now received this new order which is scheduled for delivery in spring 2022.

The futuristic looking superyacht has been designed by Francesco Paszkowski Design and features a straight bow and full height windows on the main deck, which Baglietto have referred to as the main feature of the new 38m project.

Based on a brand new fast-displacement naval platform designed by the shipyard’s in-house team, the new 38m superyacht, referred to as hull no. 10235 will have the capacity to reach speeds of up to 18 knots thanks to the new enhanced version of the Caterpillar Acert C32 B E Rating engines.

To date, Baglietto has delivered 67 superyachts, of which 28.4 per cent were delivered in the last 10 years. According to The Superyacht Agency, Baglietto now has four yachts on its order book with a cumulative LOA of 184.25m. There are now 170 superyachts on the Italian order book, of which 16 have been launched. 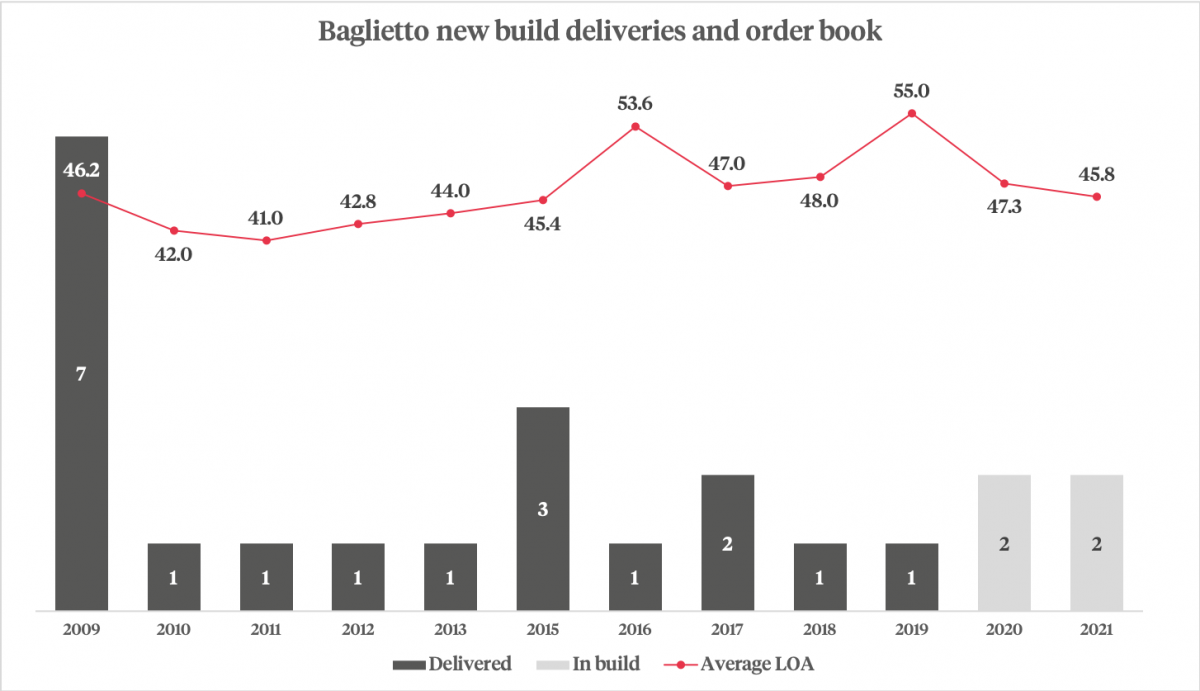 further developments are on the horizon for Baglietto, as in 2020 a new 40m project designed by Horacio Bozzo of the eponymous Horacio Bozzo Design studio is also scheduled for delivery. This is the first time that Bozzo has worked with the shipyard, an exciting development for both the studio and Baglietto after the yacht was sold to an American owner.

In December 2019, the shipyard also confirmed the sale of the 48-meter T-Line project, referred to as hull no. 10233, to a South American Owner. The new project, which is now under construction under the supervision of Camper & Nicholsons is scheduled for delivery next year.