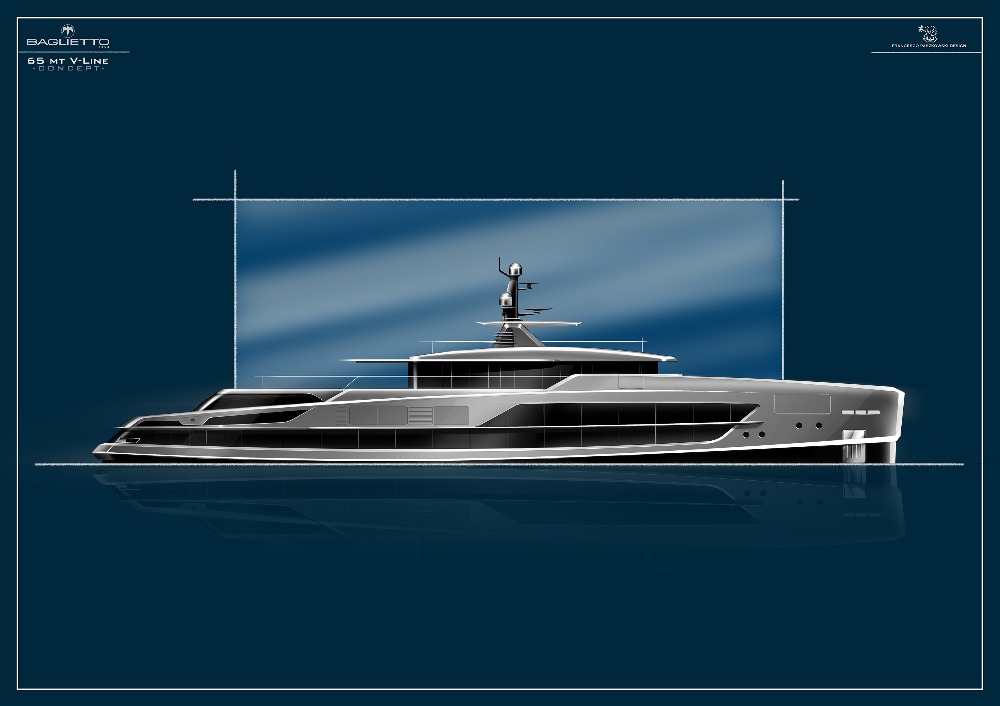 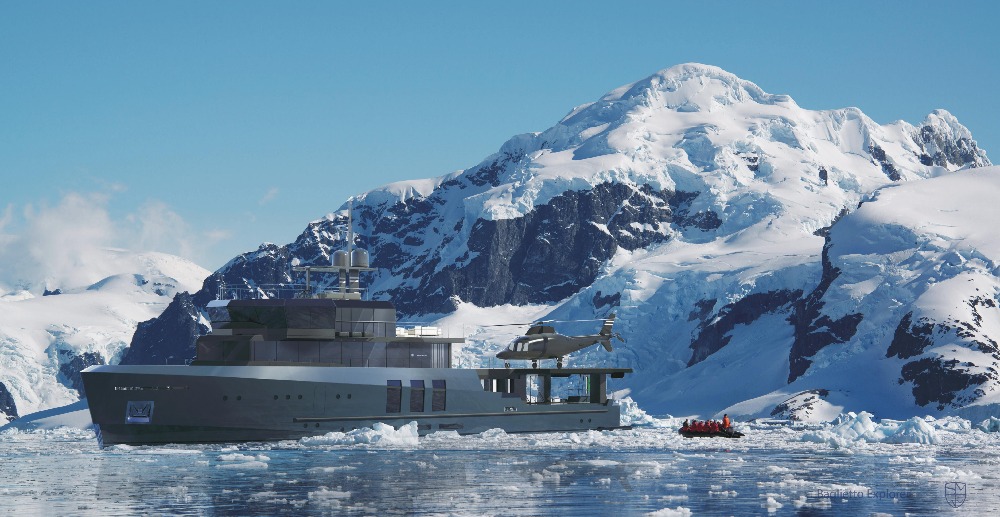 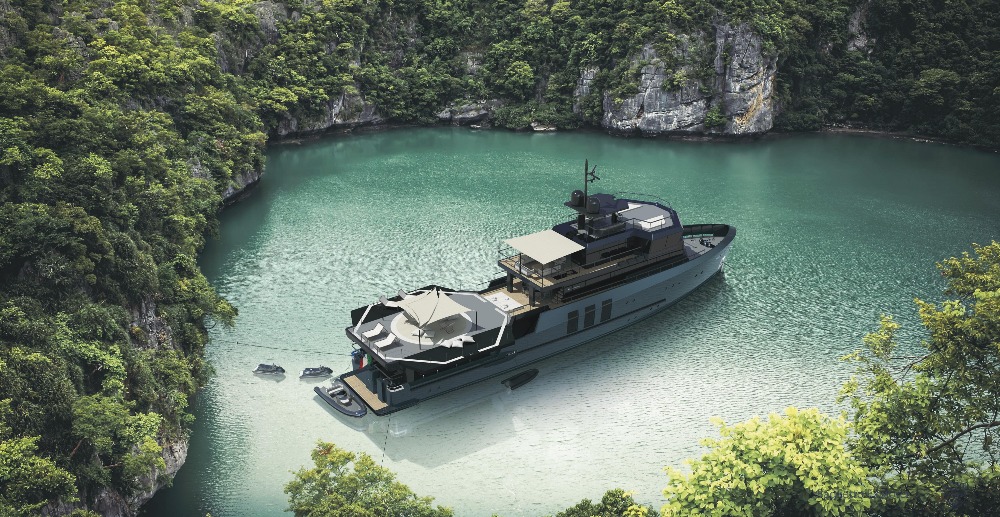 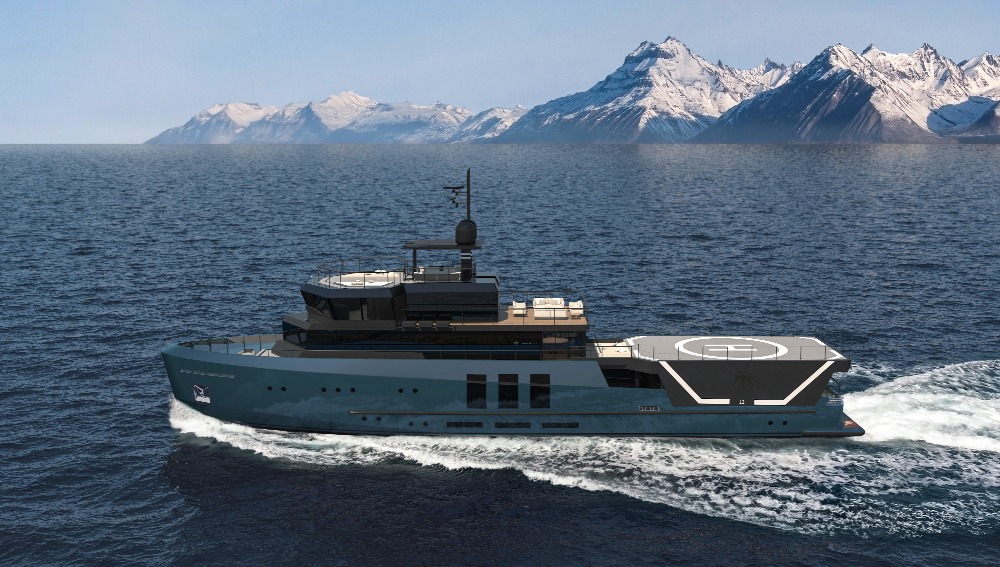 Baglietto has announced two new additions to its range of yachts. The designs – unveiled during the Monaco Yacht Show – follow news earlier in September that Baglietto had sold the latest 48m T-Line displacement yacht, while a third is in construction at the yard and is available for a 2020 delivery. The yard has four other projects in build – a displacement 55m T-Line; a 43m Fast Line; and two further yachts at 40m and 54m, both with a 2020 delivery.

Francesco Paszkowski has penned a new addition to the V-Line range which was first introduced in 2016. The new model measures 65m and offers a modern take on retro features, with a couple of clear nods back to style cues from Baglietto's past. Her features, however, are definitely cutting edge – in particular, a float-in garage aft for a 10m tender, with side hatches converting the whole area into a large beach club.

The design also features full-height windows on the main and upper decks, and an upper-deck swimming pool with a glass bottom that looks down into a large main deck aquarium. Guest accommodation in the initial design is split between master and VIP cabins on the main deck, with four further guest cabins on the lower deck. Toy storage is located forward, while the bow area also serves as a touch-and-go helipad. Several different propulsion packages – including hybrid solutions – are being developed for the model.

“Francesco Paszkowski’s project once more shows this designer’s ability to successfully and consistently interpret Baglietto’s unmistakable style,” says Michele Gavino, CEO of Baglietto, “innovating it without ever losing sight of the tradition that has made the Seagull brand known all over the world.”

Meanwhile, the long-standing collaboration between Baglietto and Santa Maria Magnolfi continues with a new explorer yacht concept, for which the inspiration has been workboats, warships and yachting. The brief was to create a yacht that could be used year-round in any possible climate, and the result is a 43m vessel which, at concept stage at least, certainly looks fit for purpose.

Most notable is the large, dedicated helipad aft with side extensions that create not only a sizeable landing area, but which also create a handy, expanded deck for when the weather is clement. When folded down, the extensions provide protection for the tenders and toys stored below.

The stern houses a spa and Turkish bath, while the full-beam, main deck saloon is separated from the aft area by a flexible winter garden. The upper deck is given over entirely to the owner, creating a spacious and private apartment on the sea with extensive glazing to maximise the views.

“The Explorer yacht designed by Santa Maria Magnolfi stems from the shipyard’s will to build a boat that, while being a truly explorer craft, preserves the elegance and style one always expects of the Baglietto brand,” Gavino adds. “Baglietto is aiming at offering the market an increasingly complete range, capable of meeting the most diverse wishes and requirements of its owners.”

Sunseeker and ICON to build aluminium yachts together

Under the microscope: Heesen’s 80m ‘Project Cosmos’ at MYS